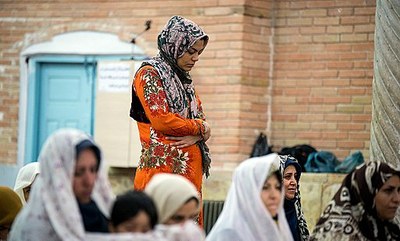 The World Council of Muslim Communities — an Abu Dhabi-based international organisation to address challenges faced by Muslim communities across the world and fulfil their ambitions — will present UAE’s model strategies including women empowerment and youth engagement to the Muslim communities across the world, a top official said on Monday.
Dr Ali Rashid Al Nuaimi, Chairman of the World Council of Muslim Communities, during a press conference said the council will spread the cultural message of the UAE to spread the culture of peace and security and to consolidate the values of coexistence and mutual respect among the peoples of the world.

He said the council aims to enable Muslim communities across the world to positively integrate in their societies, achieve full citizenship and represent Islam and its true tenets as religion of peace and tolerance.
The council, launched in Abu Dhabi in April, seeks to promote civil and political rights of Muslim communities as an inherent human right.
The council will coordinate efforts of Muslim community institutions by encouraging members to contribute to the renaissance of their countries, correcting the stereotypical image of Islam and Muslims.

“Once the charter of the World Council of Muslim Communities is endorsed and the council is proclaimed as an international organisation, a slew of initiatives and programmes will be launched to meet need of Muslim communities across the world,” Al Nuaimi said.
He added the council was also designed to promote tolerance and dialogue among followers of religions.
More than half a billion Muslims — equivalent to one-third of the Muslim nation — live as minorities in multicultural, religious and ethnic countries across the world.
Al Nuaimi stressed that this council is not intended to be a substitute for local institutions operating in Muslim communities or government institutions. “Rather, it will focus on helping these institutions to develop mechanisms that will serve individuals in the service of their countries through a platform that will enable them to share experiences and work together. to build a better future for future generations in their societies and to cooperate with the governments of Muslim community countries to achieve this.”
The council carries out a number of tasks that enhance the practices of Muslim communities in different countries and increase the effectiveness of their performance towards their children and communities.
The council also aims to promote cultural pluralism and respect for the cultural and intellectual specificities of the Muslim communities in the world and to promote the values of moderation, dialogue, tolerance and national belonging, and to reject religious fanaticism and hatred of others and to promote the civil and political rights of Muslim communities as an inherent human right in accordance with international and national conventions.