Turkey’s month-long offensive against the Kurdish enclave of Afrin in northern Syria has opened up a new front in the seven-year Syria war, as its forces this week fired artillery at Syrian pro-regime militias trying to enter. 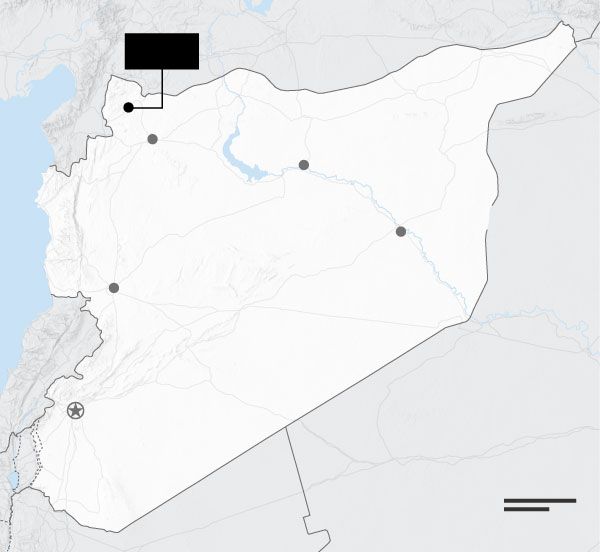 The fight has thrown a spotlight on the international powers—from Turkey and Russia to Iran and the U.S.—vying for position as Islamic State recedes.

Here’s a rundown of what’s at stake for competing powers in Afrin.

In the fight against Islamic State, the main Kurdish militia, the YPG, benefited from being a U.S. ally. As it took territory from Islamic State, the YPG established a semi-autonomous region called Rojava that included Afrin. As opposed to northeast Syria, the U.S. has not directly backed the Kurds in Afrin where there was no Islamic State presence to combat.

But as was the case in Iraq, the Kurdish ambitions have run afoul of their neighbors, namely Turkey. Suffering great losses in Afrin, the Kurds’ goal now is to minimize the damage and safeguard territory further east, including areas containing oil fields.

Afrin may have given the Kurds a glimpse of how precarious their future could be. Threatened by a hostile Turkey and facing a possible future U.S. withdrawal from Syria, which would deprive them of support, the Kurds have turned to Damascus for help repelling the Turkish assault.

Turkey sees the YPG as terrorists and an extension of the separatist Kurdish PKK insurgency, which has fought the Turkish state for decades. Ankara has watched with anger as the YPG, with the backing of its fellow North Atlantic Treaty Organization member, has established a statelet south of its borders. Blocking Kurdish influence has become a primary goal for Turkey in Syria.

To counter the Kurdish expansion, Ankara intends to create an 18-mile wide buffer zone between the border and the Kurdish areas.

Turkish President Recep Tayyip Erdogan, who uses anti-Kurdish rhetoric to stoke nationalist fury at home, is unlikely to relent until the Kurdish expansion is rolled back either through force or negotiation with the U.S. He may accept the Syrian regime taking control of Afrin, even though he is opposed to it, as he sees the Kurds as more of an existential threat.

Syrian President Bashar al-Assad has long had an ambiguous relationship with the Kurds. He has opposed their bid for autonomy but also occasionally provided assistance to them while keeping a door open for negotiations.

This week, the regime sent hundreds of pro-regime militias to help the Kurds in Afrin where they were met with Turkish artillery fire.

By protecting the Kurds in Afrin, the regime could win control of the area and gain potential leverage with the Kurds for the future, when Damascus wants to reclaim all Kurdish areas, including oil fields in the east.

Russia wants to project itself as the main foreign arbiter in Syria, and the conflict in Afrin has allowed it to do so. Turkey’s bombing of Afrin, which is under Russian control, appeared to have tacit approval from Moscow.

Russia has also cultivated relations with the YPG, inviting it to a peace congress in Sochi and granting more formal recognition than the U.S. has done.

The attack on Afrin strained those relations, but the Kurds are left with little choice. There is no deal with the regime without Moscow’s consent.

Iranian President Hassan Rouhani, a staunch ally of the Syrian regime, has denounced the Turkish invasion of Afrin, saying that any foreign intervention needs authorization from Damascus.

To Iran, an ideal outcome in Afrin is regime control that allows Tehran to maintain friendly relations with both the Syrian Kurds and Turkey, which would help counter U.S. influence in the north.

Meanwhile, the pro-regime militias trying to enter Afrin are believed to be Iranian-trained. Their presence would put Iranian proxies on the border with Turkey and strengthen Iran’s foothold in the area.

The fight in Afrin has put the U.S. in an awkward position, pitting the YPG, its reliable partner in the fight against Islamic State, against its ally, Turkey.

Washington doesn’t want to abandon the Kurds but is also aware that any fracture in the NATO alliance is a boon for Russia, which seeks to replace the U.S. as the great power in the Middle East.

For now, the U.S. is able mostly to ignore Afrin because it only cooperates directly with the YPG further east, where they have been battling Islamic State. But if Turkey expands its offensive eastward, it risks direct confrontation with U.S. soldiers in Manbij. In the meantime, Washington has tried to find a diplomatic solution to the rift, and dispatched several high-profile officials to meet the Turkish government.