White House: Trump tests negative for coronavirus, ‘not infectious to others’

President Trump has tested negative for the novel coronavirus “on consecutive days,” according to the White House physician, who maintained that the president “is not infectious to others.” 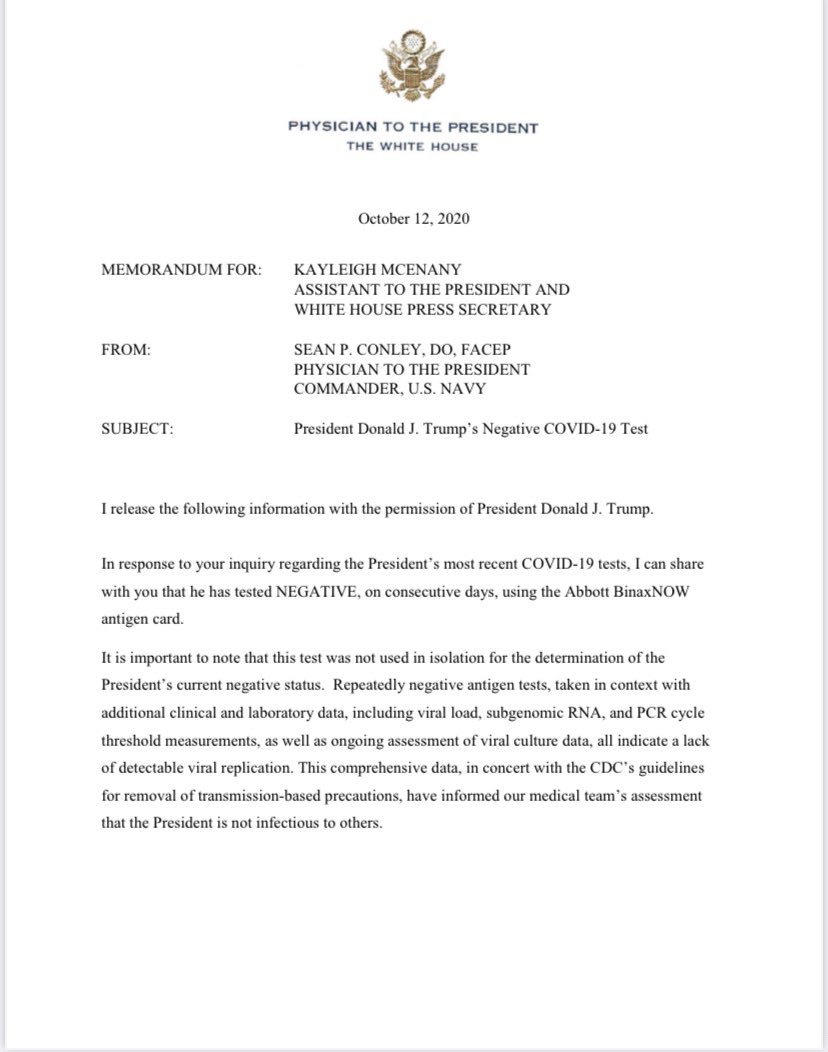 “In response to your inquiry regarding the President’s most recent COVID-19 tests, I can share with you that he has tested NEGATIVE, on consecutive days, using the Abbott BinaxNOW antigen card,” Conley wrote. “It is important to note that this test was not used in isolation for the determination of the President’s current negative status.”

“This comprehensive data, in concert with the CDC’s guidelines for removal of transmission-based precautions, have informed our medical team’s assessment that the President is not infectious to others,” Conley wrote.

Conley’s statement comes after the president, on Sunday, told supporters that he has “been tested totally negative” for COVID-19. Monday was the first time Conley released information on the status of Trump’s coronavirus tests.

Conley, on Saturday, sent out a memo saying the president was no longer at risk of transmitting the coronavirus. Conley did not, however, say explicitly whether Trump had tested negative for COVID-19.

Conley’s update comes as the president got back on the campaign trail Monday. The president is set to host a rally Monday evening in Florida– his first since he tested positive for the coronavirus.