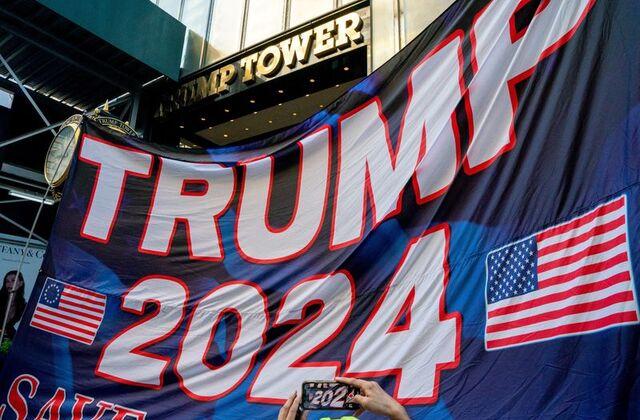 "No, the president was not briefed, was not aware of it,” White House press secretary Karine Jean-Pierre said at a press briefing. “No one at the White House was given a heads up.”

The FBI searched Trump’s home Monday, the former president disclosed. The search was related to a continuing federal investigation into allegations that Trump removed classified documents from the White House when he left office, sources familiar with the matter said.

Jean-Pierre said Biden learned about the search from public news reports that came out Monday evening.

“We learned just like the American public did yesterday,” she said.

Some Republicans have criticized the Biden administration for the search, accusing the FBI’s search as being “politically motivated.”

In a 2021 directive restricting Justice Department communications with the White House, Attorney General Merrick Garland said Justice would not alert the White House to "pending or contemplated criminal or law enforcement investigations or cases unless doing so is important for the performance of the president's duties and appropriate from a law enforcement perspective."

The directive, which reaffirmed some policies of previous administrations, marked a sharp pivot from the Trump era when the former president casually broke with institutional norms, repeatedly calling on the department to launch investigations of his political rivals, including Biden, Hillary Clinton and former FBI Director James Comey.

A breakdown of the Trump investigations: Trump in midst of gathering storm of investigations. Mar-a-Lago document inquiry is one of many.

"That's up for the Department of Justice to decide,” Jean-Pierre said. “When it comes to the criminal investigation, it is independent and they make that decision.”