Trump, who has faced criticism for lacking a broader strategy to deal with the Syria crisis, insisted he has no plans to “go into” the war-torn country.

Senior White House officials, briefing reporters on condition of anonymity, said Assad’s government carried out the April 4 sarin nerve gas attack on civilians in Syria’s Idlib province that killed 87 people, including many children, to put pressure on rebels making advances in the area.

Russia has defended the Syrian leader against U.S. allegations that his forces carried out the attack, saying there was no evidence. Russia has blamed Syrian rebels.

“It’s clear that the Russians are trying to cover up what happened there,” one White House official said.

White House spokesman Sean Spicer later told reporters that the facts backed up the U.S. version of events. “Russia is on an island when it comes to its support of Syria or its lack of, frankly, acknowledgment of what happened,” he told reporters.

However, at the same briefing, Spicer drew criticism after he sought to underscore the ghastliness of the gas attack by saying: “You had someone as despicable as Hitler who didn’t even sink to using chemical weapons.” Nazi Germany used gas chambers to kill millions of Jews during the Holocaust.

Spicer later apologized and said he should not have made the comparison. “It was a mistake. I shouldn’t have done it and I won’t do it again,” Spicer told CNN in an interview. “It was inappropriate and insensitive.”

The White House officials said Russia has frequently offered multiple, conflicting accounts of Syrian government aggression including the incident in the village of Khan Sheikhoun to sow doubt within the international community.

The United States launched 59 cruise missiles at a Syrian airfield on Thursday to retaliate after the attack. The strikes thrust Trump, who came to power in January calling for warmer ties with Russia, and his administration into confrontation with Moscow.

Chinese President Xi Jinping told Trump in a telephone call on Wednesday that “any use of chemical weapons is unacceptable” and urged a political solution for Syria, Chinese state broadcaster CCTV said of the telephone exchange. 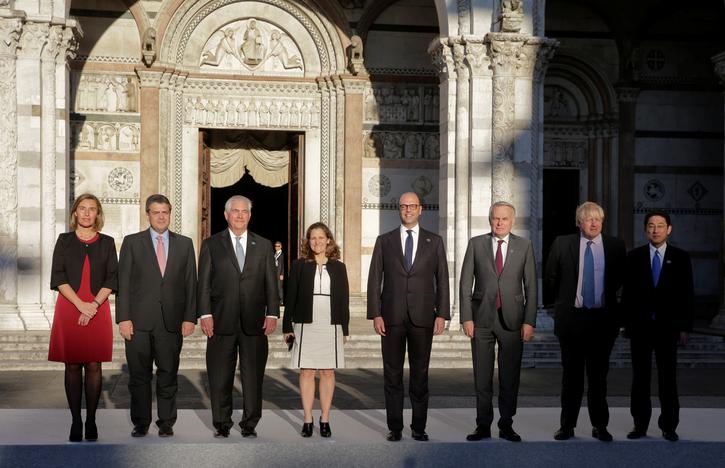 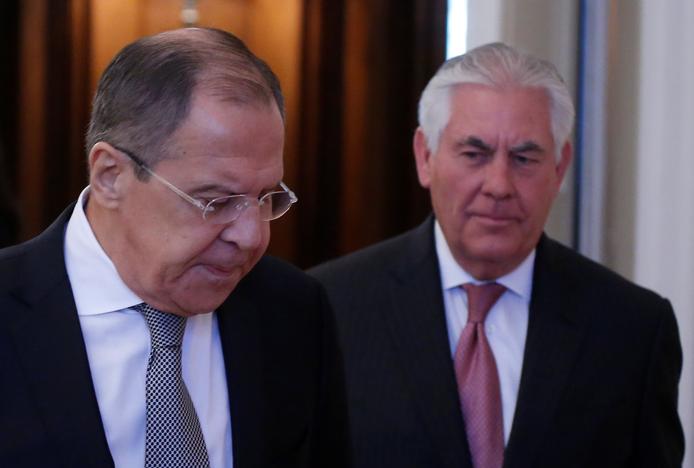 Trump’s ambassador to the United Nations, Nikki Haley, said on Tuesday she thought Russia knew about the chemical attack in advance. “They didn’t look shocked. They didn’t look surprised. They were so quick to defend. And then the evidence comes out, and we see exactly what it is and we know exactly what the environment was. Then you realize,” she said on CNN.

U.S. intelligence indicates that the chemical agent in the attack was delivered by Syrian Su-22 aircraft that took off from the Shayrat airfield, according to a White House report given to reporters.

In a four-page document, the White House sought to rebut many of Moscow’s claims about the circumstances of the attack. It said the Syrian planes were in the vicinity of Khan Sheikhoun about 20 minutes before the attack and left shortly afterward.

“Additionally, our information indicates personnel historically associated with Syria’s chemical weapons program were at Shayrat airfield in late March making preparations for an upcoming attack in northern Syria, and they were present at the airfield on the day of the attack,” the report said.

Washington wants Russia to stop supporting Assad, who has been fighting a six-year-long civil war against mostly Sunni Muslim rebels, also with the backing of Shi’ite Muslim Iran.

Tillerson carried a message from world powers to Moscow denouncing Russian support for Assad, as the Trump administration took on America’s traditional mantle as leader of a unified West.

Tillerson earlier met foreign ministers from the Group of Seven advanced economies and Middle Eastern allies in Italy. They endorsed a joint call for Russia to abandon Assad.

“It is clear to us the reign of the Assad family is coming to an end,” Tillerson told reporters in Italy. “We hope that the Russian government concludes that they have aligned themselves with an unreliable partner in Bashar al-Assad.”

He said Russia had failed in its role as sponsor of a 2013 deal in which Assad promised to give up chemical weapons.

Russia says the chemicals that killed civilians last week belonged to rebels, not Assad’s government, and accused the United States of an illegal aggression on a false pretext.

“We have information that a similar provocation is being prepared … in other parts of Syria including in the southern Damascus suburbs where they are planning to again plant some substance and accuse the Syrian authorities of using” chemical weapons, Putin said.

The United States, Britain and France have proposed a revised draft resolution to the 15-member U.N. Security Council similar to a text they circulated last week pushing Syria’s government to cooperate with investigators.

The secretary of state’s role as messenger for a united G7 position is a turning point for Trump, who in the past alarmed allies by voicing skepticism about the value of U.S. support for traditional friends, while calling for closer ties with Moscow.

Tillerson is a former chairman of oil company Exxon Mobil Corp, which has gigantic projects in Russia. Putin awarded him Russia’s “Order of Friendship” in 2013.

He is due to meet Russian Foreign Minister Sergei Lavrov in Moscow on Wednesday. The Kremlin has said Tillerson has no meeting scheduled with Putin this trip, although some Russian media have reported such a meeting could take place.

Western countries have been calling for Assad’s departure since 2011, the start of a civil war that has killed at least 400,000 people and created the world’s worst refugee crisis.

Assad’s position on the battlefield became far stronger after Russia joined the war to support him in 2015. The United States and its allies are conducting air strikes in Syria against Islamic State, but until last week Washington had avoided targeting forces of Assad’s government directly.