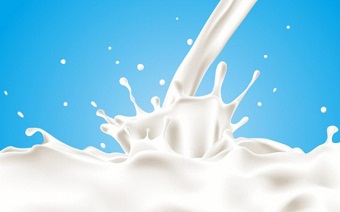 Lactose is a type of sugar found in milk and dairy products. There are some people, including children, who cannot digest lactose easily. Every time they drink milk or take anything dairy, their stomach reacts negatively. This is called lactose intolerance.

A person who is lactose intolerant experiences discomfort when taking milk and dairy products. The most common reactions are gas, bloating, and diarrhea (after drinking or eating such products). This happens because the small intestine does not produce enough lactose, the substance needed to break down lactose.

It is essential to remember, though, that lactose intolerance and dairy or milk allergy are not the same. A milk allergy is a food allergy, which means the immune system reacts to milk and dairy thereby causing rashes, itching, and wheezing. Even the smallest amount of milk can trigger an allergic reaction. People who are lactose intolerant, however, can still take tiny amounts of milk or dairy and not feel any negative effects.

While there is no permanent cure for lactose intolerance, there are changes that you can do to guard yourself against the adverse reactions. This includes putting a limit on the amount of milk and dairy products you take, substituting milk with other products, or using lactose-free milk.

Nowadays, however, a lot of lactose intolerant people prefer to go for milk alternatives, especially if they do not get enough of the nutrients that are found in milk. Calcium, for example, is essential for your children’s good health. So, giving them a milk alternative that does not have adverse effects on them is the best thing to do to ensure they get enough nutrients.

There are many options when choosing the best milk alternative as there are quite a lot of varieties available in the market. The secret is in knowing which one is best suited for your children. First off, however, you need to understand some crucial factors about milk alternatives for lactose intolerant kids. 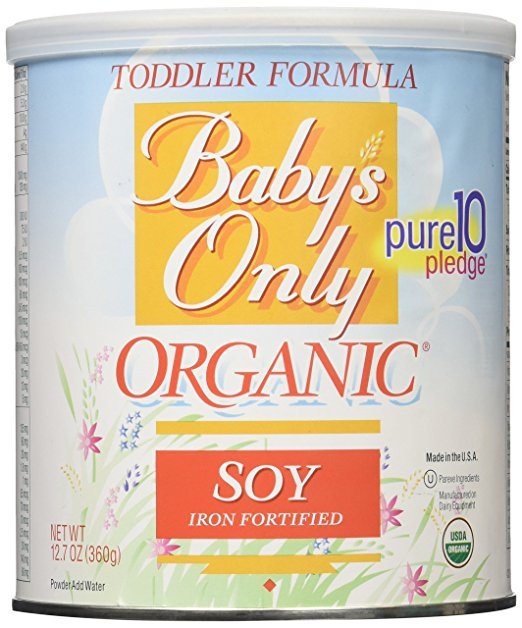 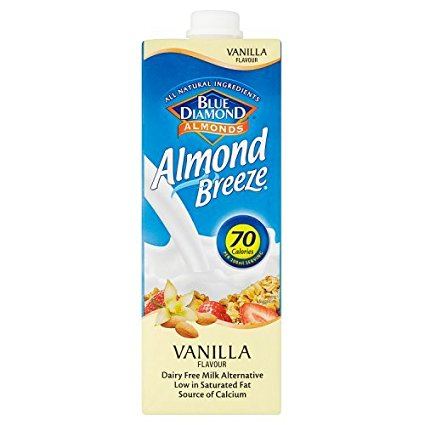 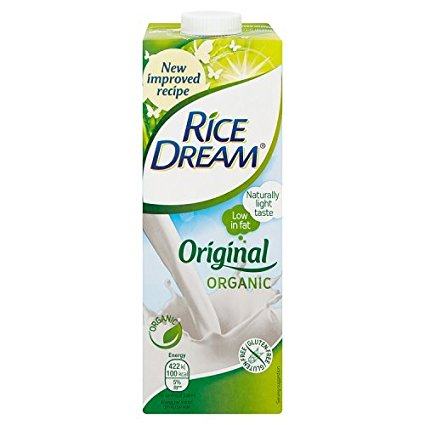 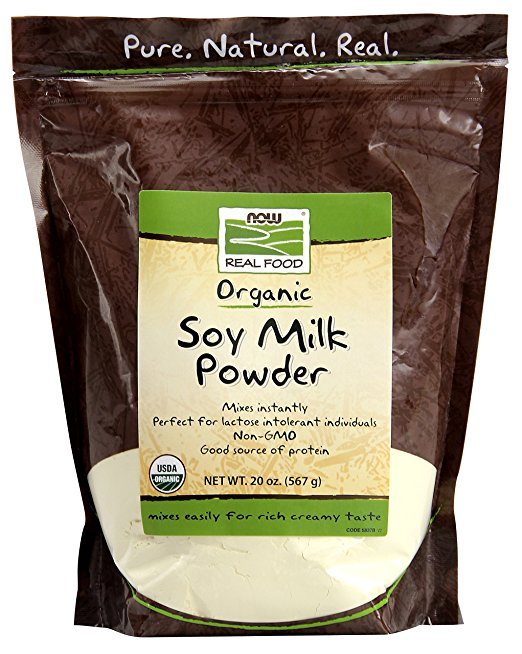 People who are lactose intolerant need to go for milk alternatives. This applies to all age levels, including kids, teens, and seniors. Middle-aged women, especially those who are about to go through or in the middle of the menopause phase, are most likely to have lactose intolerance with all the changes happening to their body. Therefore, they need to look for the best milk alternative, too.

What Is A Milk Alternative?

Simply put, a milk alternative is a non-dairy substitute to cow’s milk and other dairy-based milk products. Most milk alternatives contain milk powder (about 30 to 80%), palm oil, coconut oil, and similar vegetable extracts, among others. These dairy substitutes are low in saturated fat, do not contain animal products, and are cholesterol-free.

Some of the most popular milk alternatives are:

Almond Milk. This milk alternative is made from ground almonds and water. Some brands use a sweetener. It is rich in vitamin E and antioxidants. It also does not contain saturated fat. Almond milk looks a bit like dairy milk because of its creamy texture. However, it does not have the elements that make dairy milk a big no-no for lactose intolerant people.

The only downsides to almond milk are that it does not have enough protein (especially when compared to dairy milk). The fortified version of almond milk is beneficial because they contain essential vitamins and minerals, as well as fatty acids.

Soy Milk. Soy milk is another popular milk alternative. It is made from soybean extracts. There are many varieties of this milk alternative: unsweetened, sweetened, and flavored (vanilla, chocolate, and strawberry are the most common ones).

This milk alternative has significant amounts of calcium, riboflavin, vitamins A and D, and protein. Most soy milk brands are enriched with isoflavones, which are essential for good heart health.

Some people, however, may have allergic reactions to soy milk.

Rice Milk. Rice milk comes from cooked rice mixed or blended with water and fortified with enzymes that convert starches to sugars. This milk alternative has a smooth texture; as such, it is often used for coffee and desserts.

This can be the best milk alternative because it is ideal for people that may have dairy, soy, or nut allergy. It has vitamin D and calcium.

The only con to rice milk is the fact that it has considerable amounts of carbohydrates.

Cashew Milk. Cashew milk is also a popular milk alternative, but it only came into the limelight recently. Its texture closely matches that of cow’s milk. Its taste, however, is a bit like that of almond milk is, only a bit creamier. You can also taste the nutty flavor of this milk alternative.

This best milk alternative is formulated with vitamin D, calcium, zinc, and vitamin B12.

The downside to drinking cashew milk is it does not have enough calories.

Coconut Milk. Another possible best milk alternative is coconut milk, which is made by mixing coconut liquid squeezed from grated coconut flesh and filtered water. It can taste a bit like low-fat dairy milk. It is safe for everyone, though, and has fewer grams of fat and caloric content.

Coconut milk is also good for better metabolism as it has medium-chain-fatty-acids or MCFAs.

Its downside is its low protein content which makes it less filling than other dairy alternatives.

Hemp Milk. This popular milk alternative is a result of hemp seeds mixed with water, plus some sweeteners. It has a flavor that is best described as earthy-nutty, so it might take some time before you get used to it. This is a viable alternative for people who are allergic to soy, gluten, and nuts.

No, hemp milk will not get you high or make you fail a drug test. It does not have THC, the active ingredient found in marijuana.

Hemp milk is rich in omega-3 fatty acids and has iron. Also, it is not genetically modified like soy milk.

The only con to hemp milk is its low protein content. There are also hemp milk products with high sugar content.

When choosing the best milk alternative, make sure to look for the following essential nutrients: calcium; protein; vitamins A, D, and E; and minerals.

What Are The Benefits Of Milk Alternatives?

Aside from preventing discomfort related to lactose intolerance, your children will enjoy other benefits in drinking milk alternatives.

The best milk alternative has lower calorie content than dairy milk. It is also fortified with vitamin D and calcium. Some milk alternatives – like soy milk – have magnesium and iron, as well as phytochemicals.

Milk alternatives are lactose-free. As such, your children will not have to suffer the discomforts that come with being lactose intolerant. They will not struggle with gas, diarrhea, and bloating, among many others.

Certain milk alternatives – like rice milk – are hypoallergenic or free from allergens. Thus, they are safe even for children who have special diet considerations like nut allergies, gluten reaction, and other such types.

Milk alternatives like hemp milk have considerable amounts of omega-3 fatty acids, fiber, and antioxidants. These types are ideal for children because it gives the nourishment they need – like the healthy fats produced by omega-3 oils.

What Are The Precautions Of Milk Alternatives For Lactose Intolerant Children?

Lactose intolerant children need milk alternatives, so they can get the nourishment provided by cow’s milk. However, there are certain precautions that you need to keep in mind.

Checking the ingredients list will also give you an idea of the nutrient content of the milk alternative.

Also, you also must supplement your children’s nutrition with enough sources of protein as most milk alternatives contain little-to-no protein at all. If you want one that has high protein content, go for soy milk.

Lastly, be forewarned that even if they taste good, milk alternatives are not as delicious or delicious as cow’s milk. As such, you should know how to entice your children to drink a glass or two.

What Are The Best Milk Alternatives For Lactose Intolerant Children?

As previously mentioned, choosing the right milk alternative for your lactose intolerant children can be a bit difficult. Therefore, it is essential to find some time first to study your options. Here are five of the best milk alternative products that you can choose from. The best one for your kids may be on this list. 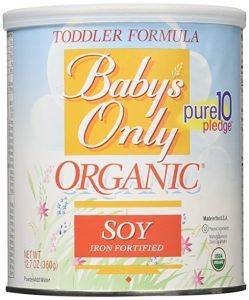 Baby’s Only Soy Organic Toddler Formula has considerable amounts of essential fatty acids (DHA and ARA). It is also iron-fortified, which is quite rare for milk alternatives. Additionally, just one serving of this milk alternative for toddlers can provide at least 2 mg of choline and 8 mg of inositol. 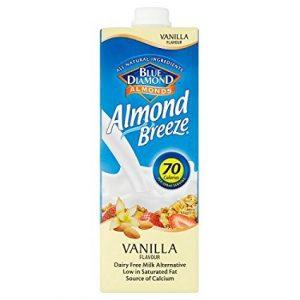 This vanilla-flavored milk alternative is an excellent source of calcium. Its active ingredients are spring water, almonds, raw cane sugar, calcium carbonate, sea salt, natural vanilla flavor (and other natural flavors), carrageenan as a stabilizer, and sunflower lecithin as an emulsifier. It has significant amounts of fiber, protein, carbohydrates, fat, and energy. 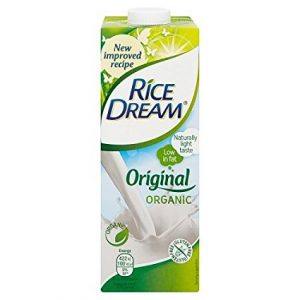 This rice milk is made of rice, water, organically grown and produced sunflower oil, and sea salt. This organic, Kosher milk alternative is perfect for vegans. It has 0.1 grams of protein and 9.9 grams of carbohydrates. It is also ideal for children with allergies as rice is hypoallergenic. 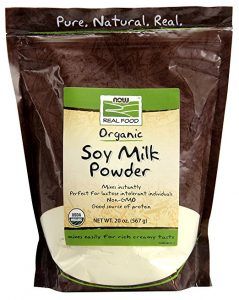 This is a non-GMO organic soy milk that can be the best milk alternative for your children. It is rich and creamy and dissolves in water easily. Soybeans used in this product are not genetically engineered.

NOW Foods Organic Soy Milk Powder does not contain harmful ingredients. It has good amounts of isoflavones (from soy), vegetable proteins, and omega-6 fatty acids. It is cholesterol-free, low in saturated fats, and is lactose-free, of course.

This may be the best milk alternative because it is fortified with omega-3 and is cholesterol-free. Another factor that can make this product stand out is its fresh, creamy taste. It is also easy to digest, which makes it suitable for children.

Our Choice For The Best Milk Alternative For Lactose Intolerant Children

There are two or three in the list above that can be the best milk alternative for children who are lactose intolerant. However, only one stands out: Baby’s Only Soy Organic Toddler Formula. It tops the list because it is formulated specifically for babies and toddlers – for your children.

Baby’s Only Soy Organic Toddler Formula makes drinking soy milk fun for your children. It is delicious and children will surely want to drink this milk every single day. In addition to this, it is also rich in nutrients – essential vitamins, protein, calcium citrate, biotin, potassium iodide, and others that are important for the growth and development of your children.

Best of all, this best milk alternative product for lactose intolerant children is non-GMO, iron-fortified, gluten-free, and does not contain corn syrup. It is the best organic milk for children!