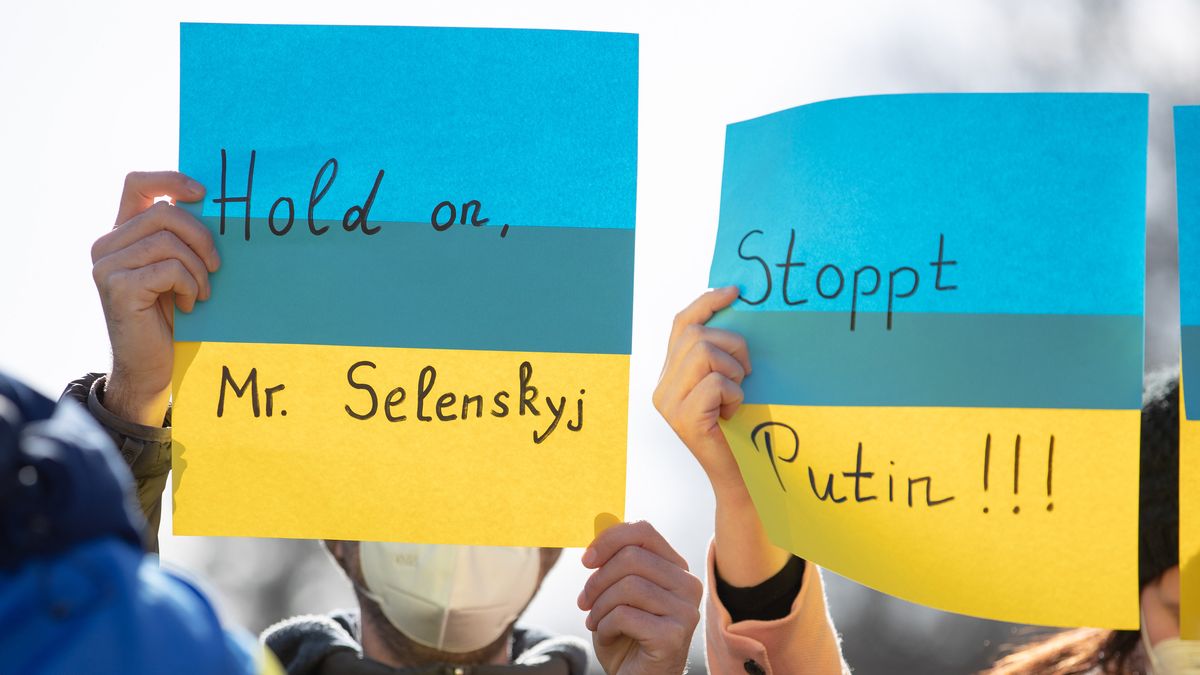 What if Russia gets defeated in Ukraine?

Russia is not winning the war in Ukraine. The Kremlin seems to be trying to end the conflict but at the same time to save face. What would happen if Russia gets defeated?

By Nikola Mikovic
Four days after Moscow launched its “special military operation” in the Eastern European country, Russian officials started negotiations with Ukraine. To this day, no peace deal has been signed, although there are indications that Moscow and Kyiv could soon reach a ceasefire agreement.

Moscow signalled that it might accept Austrian or Swedish-style neutrality in Ukraine, which would allow Kyiv to retain its military, but with no foreign military bases on its territory. The Kremlin would undoubtedly interpret such a scenario as “demilitarization” of the country, although there is no guarantee that Ukraine will not sign allied agreements with various NATO members.

Kyiv, for its part, has rejected such a proposal and is determined to fight until the end. Ukraine, firmly backed by the West, is quite aware that Russia’s sanctions-hit economy can unlikely afford to fight a long war. With 200,000 troops on the ground, Russia still has not captured any strategically important Ukrainian city. To seize Kyiv or Kharkiv, the Kremlin would need to send a massive reinforcement to the war-torn country.

Moscow does not seem to be ready to declare at least a partial mobilization at home but is reportedly attempting to recruit foreign mercenaries and volunteers to make some progress on the ground. Such a strategy will unlikely have a positive income for Russia, given that the Ukrainian Armed forces proved to be a much tougher opponent than some in the Kremlin might have thought.

Before he launched an invasion of Ukraine, Russian President Vladimir Putin insisted that the goals of his “special operation” are “denazification” and demilitarization of Ukraine and protection of the Donbas. Russian forces have still not seized the port city of Mariupol, located on the Sea of Azov, let alone other territories in the Donbas, namely cities of Slovyansk and Kramatorsk.

De-Nazify
The operation does not seem to be “going to plan” unless the plan was not to win the war or to spend months and years fighting in Ukraine. Without destroying the Ukrainian Armed Forces, the Kremlin will simply not be able to “de-nazify” the Eastern European country.

It is already quite obvious that the Russian army is not capable of accomplishing such an ambitious task. That is why Moscow is trying to reach a deal with Kyiv, but it is not very probable that the West will allow the Kremlin to save face in Ukraine.

Kyiv firmly insists that a deal on Ukraine’s neutrality must be made exclusively on Ukrainian terms. As a country that is so far successfully defending itself against “the second most powerful army in the world”, Ukraine is now in a position to issue demands to Moscow.

Indeed, unless Russia deploys tens of thousands of additional troops to Ukraine, and completely changes its strategy of warfare, it risks ending up as a defeated party in this conflict. Even if Russia and Ukraine sign a peace deal shortly – which does not seem very probable – that will not positively impact relations between the Kremlin and the West.

A potential ceasefire or a peace deal does not mean the end of anti-Russian sanctions. Restrictive measures, imposed by the West, will stay as long as Putin is in power, and they will have an enormous impact on the country’s economy. Sooner or later Russian elite – “boyars” – may attempt to get rid of their “tsar” Putin. In other words, instead of “de-nazifying” Ukraine, Russia may have to go through the process of “deputinization”.

At this point, a “palace coup” in Moscow seems to be a matter of time. It can be prevented only if Russia wins the war in Ukraine shortly.  If, however, the Russian army gets defeated in the former Soviet republic, consequences for the Russian Federation would be catastrophic.

Any agreement with Kyiv, without previously achieving its political and military goals, would mean the Kremlin’s de facto capitulation. Moreover, such a deal would be just a temporary truce, although it may last for years.

In the meantime, Ukraine would get ready for another war – a conflict that could result in Kyiv eventually restoring its sovereignty over the Donbas, and possibly even Crimea.

By Nikola Mikovic - 7 days ago
Russia seems to have completely given up on its ambitions to “denazify” Ukraine. The Kremlin’s actions in the Eastern European country can only lead to the demoralization of the Russian population in the Donbas and the additional radicalization of the Ukrainian society. By Nikola Mikovic After Russia released Yulia Payevska, more widely known to the […]
Read story