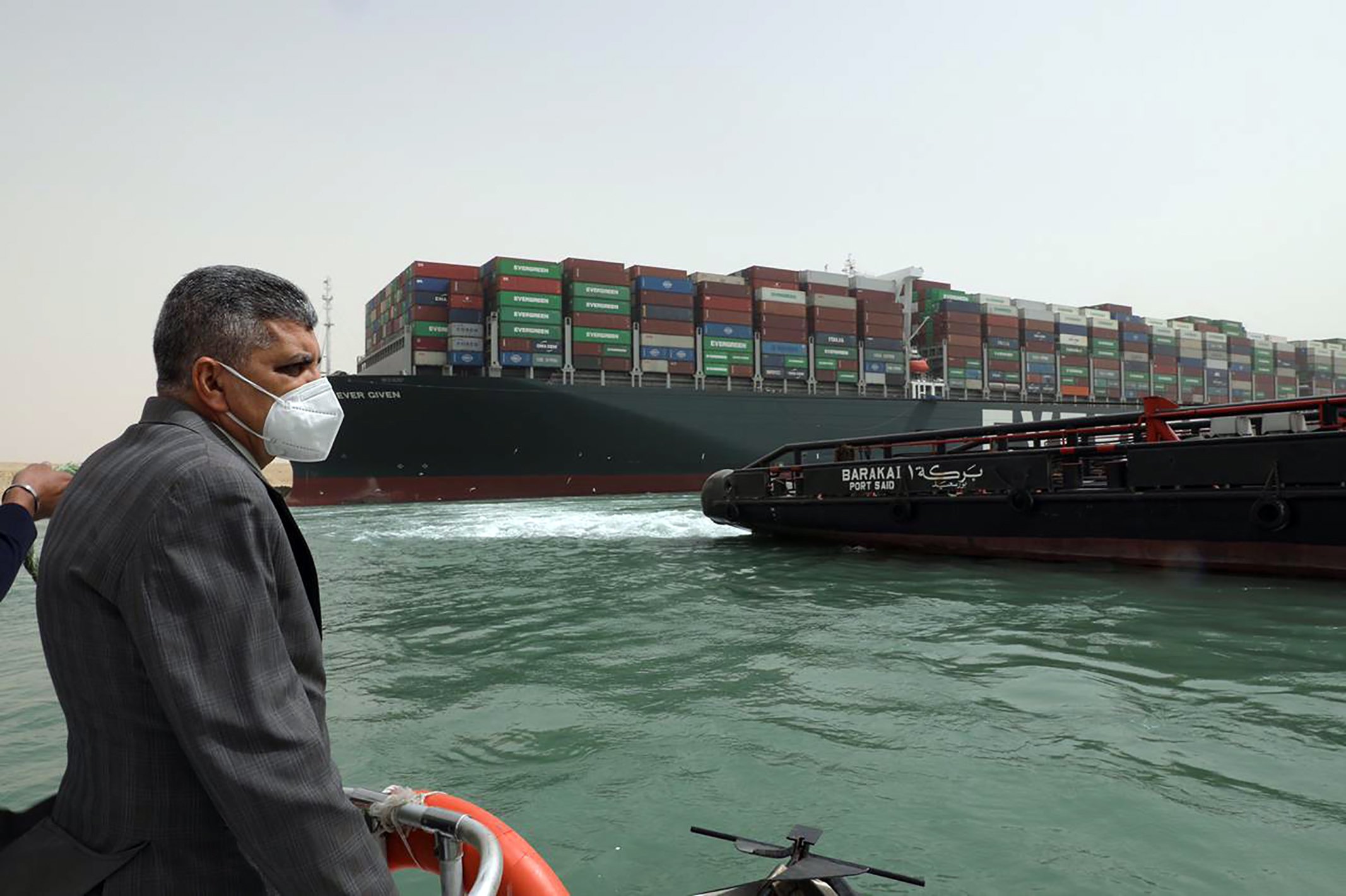 The cargo ship Ever Given remains wedged across the Suez Canal, as rumors are flying that the accident that may have an enormous effect on the global economy was staged. Is there a link between the Russian submarine Rostov-on-Don that went missing on March 13, the Israeli submarine passing the Suez Canal, and the Ever Given container ship?

By Nikola Mikovic
The Ever Given, a Panama-flagged ship that carries cargo between Asia and Europe, ran aground March 23 in the narrow canal that runs between Africa and the Sinai Peninsula. The massive vessel got stuck in a single-lane stretch of the canal, about 3.7 miles north of the southern entrance, near the city of Suez.

Ever since, the Suez Canal, opened in 1869, has been blocked, and experts warn that the ship may be stuck for weeks. Such a scenario would likely have an impact on global energy prices, given that the Suez Canal provides a crucial link for crude oil, natural gas, as well as cargo.

Initial reports suggest that the 400m-long (1,300ft), 200,000-tonne vessel ran aground in high winds and a sandstorm that affected visibility. There are, however, speculations that the ship may have wedged itself on the US Navy orders, apparently to prevent the Russian submarine from nearing the Arabian Peninsula from the East, where the Navy is stationed. 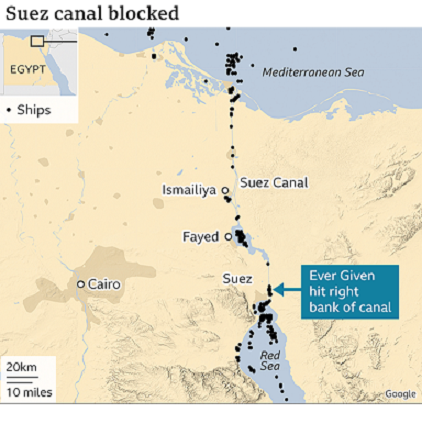 NATO ships
Earlier this month news broke that a group of NATO ships began a search for the Russian submarine Rostov-on-Don in the Mediterranean Sea, which disappeared off the radars of the military alliance's command. The US navy immediately deployed allied forces to locate the missing submarine.

The submarine Rostov-on-Don reportedly has great capabilities to collect classified information, which is why it is believed that its disappearance greatly irritates the NATO command. Admiral Viktor Kravchenko, ex-chief of the Russian Navy's main headquarters, said that the Russian submarines of Project 636.6 Varshavyanka are considered to be the quietest in the world.

"Well, let the NATO keep searching. The submarine simply justifies its noiselessness," he pointed out.

Some Russian sources claim that the Russian command has not lost contact with Rostov-on-Don, adding that the level of the submarine's stealth had exceeded all expectations. Still, it is unlikely that the world will ever find out the truth about this incident.

It is worth noting that in December 2020 the Israeli submarine reportedly passed the Red Sea, crossed the Suez Canal and was making its way toward the Persian Gulf, in what was meant to be a direct threat to Iran.

Iranian missile
In addition, on March 25 an Iranian missile hit an Israeli-owned cargo ship in the Arabian Sea. All these incidents leave room for various speculations on the very future of the global supply chain. Indeed, Russia has already seized on the Suez Canal blockage to promote its northern shipping route as a reliable alternative.

"Obviously it is necessary to think about how to efficiently manage transportation risks and develop alternative routes to the Suez Canal, first and foremost the Northern Sea Route," said Nikolay Korchunov, Moscow's point person for international Arctic cooperation.

Around 12 per cent of all seaborne trade passes through the Suez Canal, which is the fastest route from Europe to Asia. Moscow, on the other hand, is planning to use its Northern Sea Route to export oil and gas to overseas markets.

In order to do that, the Kremlin will likely need to make wider geopolitical deals with the United States regarding not only the future of the global trade, but also about the redistribution of remaining natural resources.