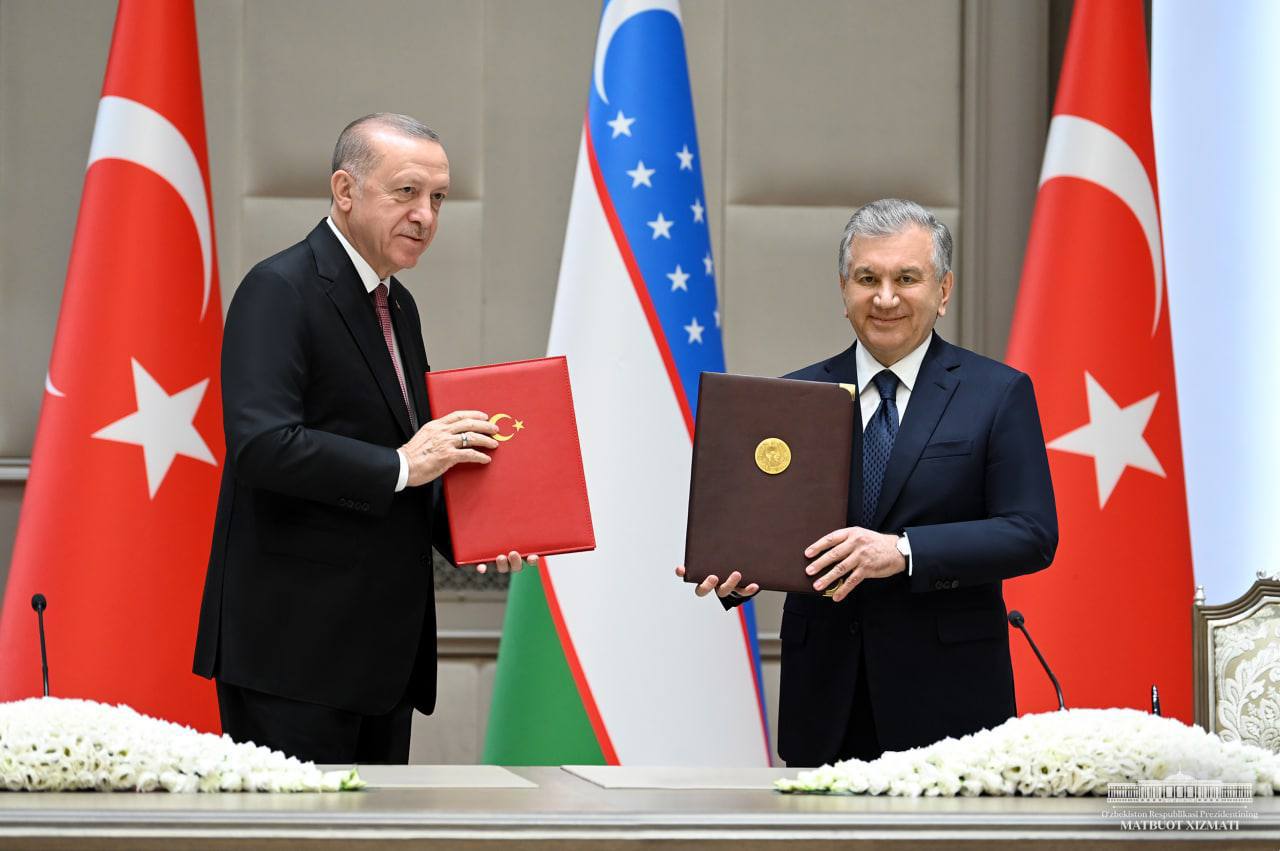 “As a result of our meetings, we raised the relations between our countries to the level of comprehensive strategic partnership,” Erdoğan said at a news conference alongside Uzbek President Shavkat Mirziyoyev on March 29.

The total trade volume exceeded $3.6 billion with an increase of nearly 72 percent last year, he said, noting the two countries set a one-year target of $5 billion for 2022.

“Then, we will not stop there, we will raise the level to $10 billion with the joint steps we will take later,” Erdoğan added.

The president recalled that Turkey was the first country to recognize Uzbekistan’s independence and open an embassy in Tashkent and emphasized strong relations based on common history, culture, language and faith.

The two countries signed 10 agreements, including a Preferential Trade Agreement, during Erdoğan’s visit.

Stating that Turkish companies’ investments in Uzbekistan have reached $1.5 billion, Erdoğan said that contracting companies have successfully completed 241 projects worth $5 billion in the country so far.

Pointing out that the cooperation in the field of tourism is getting stronger with Uzbekistan, he noted that Turkey hosted more than 270,000 Uzbek people last year, and the new target is to increase this figure to 500,000.

Erdoğan visited the Khiva town of Uzbekistan on March 30, on the second day of his official visit to the country.