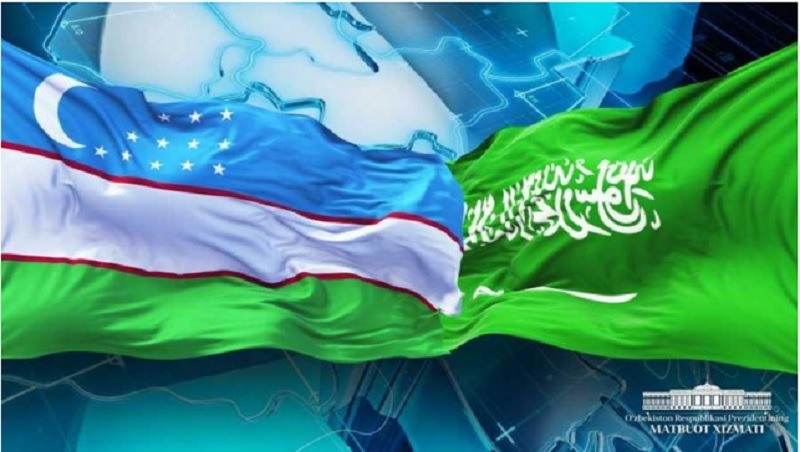 The parties discussed the current state and prospects of cooperation in the investment, energy, financial and technical spheres.

The ministers positively assessed the progress of ACWA Power's implementation of energy projects in Syrdarya and Bukhara regions and expressed their commitment to further practical cooperation to provide comprehensive support and accelerate their promotion. The prospects for strengthening partnership in this sector by exploring new promising projects in other regions of Uzbekistan were also considered.

The Saudi Arabian side expressed interest in enhancing cooperation with Uzbekistan in light industries, pharmaceuticals, production of construction materials, infrastructure development and tourism.

The significant potential for cooperation in the financial-technical sphere, healthcare, education, science and innovation, agriculture and water management, housing and transport infrastructure was also noted at the event.

The parties agreed on the organization of the 4th meeting of the Intergovernmental Commission in the first half of this year in Riyadh.

An agreement was reached to continue mutually beneficial cooperation and hold regular meetings via videoconference to systematically monitor the implementation of joint projects and initiatives.

Saudi Arabia has been particularly active in investing in Uzbekistan’s energy sector through the construction of new thermal and wind power plants. In March 2020, the two countries reached an agreement on the construction of the new thermal plant with a total capacity of 1500 MW in the Sirdarya Region. Saudi Arabia’s private ACWA Power will implement the project using state-of-the-art technology to produce energy at a low cost while also decreasing annual CO2 emissions by 2.2 million tonnes. At an estimated cost of $1.2 billion, the plant will operate at a 60 percent efficiency rate and meet around 15 percent of the country’s total energy demand. During an official ceremony attended by high-level representatives from Uzbekistan, Saudi Arabia, and ACWA Power early in 2021, the parties celebrated the start of construction on the power plant and highlighted the importance of the project in strengthening cooperation between the two countries.

In addition to the Sirdarya thermal plant, Uzbekistan and Saudi Arabia have signed two Power Purchase Agreements on the construction of the “Bash” and “Dzhankeldy” wind power plants worth $1.3 billion. It is estimated that the new wind projects will reduce annual CO2 emissions by 1.6 million tonnes and significantly contribute to Uzbekistan’s efforts to increase the power capacity from renewable energy to 30 percent by 2030. To further reduce the country’s carbon footprint, Uzbekistan has also joined ACWA Power and American Air Products to establish new research proposals and programs in the development of hydrogen and renewable energy. According to H.E. Khalid A. Al-Falih, the Minister of Investment for Saudi Arabia, Uzbekistan has all the prerequisites to become the largest energy player in the region. He also noted that Saudi Arabia is committed to attracting additional investments in new technologies, including hydrogen energy, and setting up training programs for employees.

Negotiations on the creation of a Joint Business Council held during the Uzbek-Saudi Business Forum in Bukhara in January 2021, also marked the beginning of a new chapter in the countries’ bilateral cooperation. This new platform will link the business communities of two states and coordinate their joint projects across a range of industries, including energy, food, textile, tourism, finance, and health. The exchange of experience, skills, ideas, and information will provide an opportunity for Uzbek private businesses, which are critical for further enhancing the investment climate, to learn from their Saudi counterparts. An increased partnership between Uzbekistan and Saudi Arabia also signifies a more open economic landscape unfolding in Uzbekistan and indicates its cooperative behavior. Such steps are vital to continuing not only the spirit of Uzbekistan’s post-Karimov reforms, but also achieving tangible economic results in the coming years.