Uzbekistan to build a new transmission line in Afghanistan

ADB to finance the construction of power transmission lines from Uzbekistan to Afghanistan.

As part of the visit of Uzbekistan’s government delegation to Afghanistan, the heads of ministries and departments of the two countries held an expanded meeting in Kabul.

During the event, an agreement was signed between the Islamic Republic of Afghanistan and the Asian Development Bank (ADB) on financing the construction of the “Surkhan-Puli-Khumri” power transmission line for $110 million.

Most of the funds will be used for the construction work that are planned to be carried out by Uzbek contractors. The corresponding contract for the construction of this power line between JSC National Electric Networks of Uzbekistan and “DA Afghanistan Breshna Sherkat” will be signed in the near future.

The direct dialogue between the heads of relevant ministries and agencies made it possible to discuss the key issues on the agenda, to reach mutually acceptable solutions and agreements on cooperation in different areas, outline further practical actions to implement joint initiatives and formulate a preliminary list of measures to be included in the joint Roadmap of multifaceted cooperation between Uzbekistan and Afghanistan,” the Ministry added.

During the expanded meeting, the participants expressed their confidence that the agreements reached within the framework of the event would give an effective impetus to bilateral cooperation and would contribute to the strengthening of sustainable development in Central Asia. 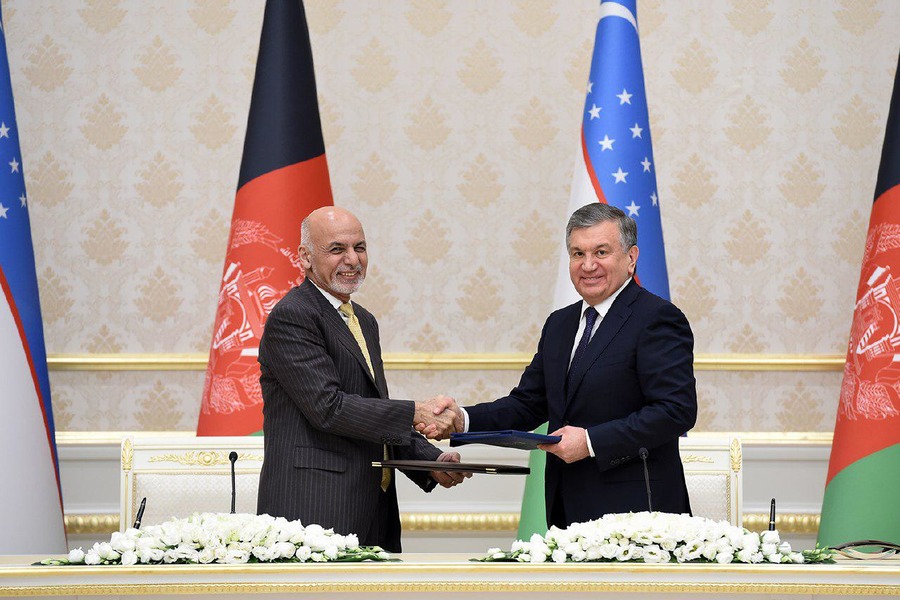 Uzbekistan has built a power transmission line in Afghanistan and since 2002 has been actively supplying electricity there, right up to Kabul. Since 2001, Uzbekistan has built a whole network of roads and bridges connecting the northern part with Afghanistan. A part of the Afghan railway with a length of 100 km, namely from Hairaton to Mazar-i-Sharif, was built by Uzbek specialists, and to this day, this railway is serviced by Uzbek specialists.