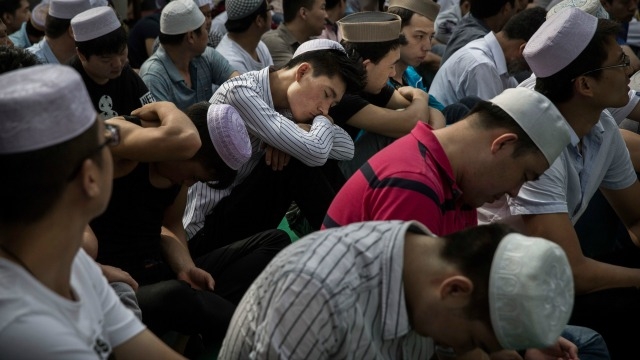 Uyghur leader Dolkun Issa accuses Pakistan of turning a blind eye to the Muslims of Beijing.

In a statement which has been widely circulated across East Asia, Issa said Pakistan which professes to be a soul mate of the world's Muslims, is turning a blind eye to the terrible ban imposed on the majority Muslim population of Xinjiang, stopping them from observing any of the rituals associated with Ramadan.

Questioning Pakistan's silence on the issue, Issa wondered as to why the South Asian nation is silent about making any observation on this matter as it has been vocal for the rights of Muslims elsewhere. Issa added that " Nothing stops Pakistan from talking about the plight of Muslims anywhere in the world but when it comes to Xinjiang there is complete silence even though the people there are suffering harsh religious prosecution." Issa said there is no religious freedom for the Muslims in Xinjiang as the government's strict rules forbid anyone under the age of 18 from following a religion.

The parents face stiff fines if their children are found studying the Quran or fasting during Ramzan. The senior Uyghur leader pointed out that security staff is deployed inside mosques 24 hours every day to monitor the Muslims, and the sermons of imams must be preapproved by censors. No Imam is allowed to deliver a sermon unless the text is cleared by a Beijing approved sensor. Such draconian measure said Issa is the norm in Xinjiang during Ramadan. He pointed out that Halal meat is banned. Head scarves and religious caps cannot be worn. Workers are not given time out for prayers. In fact workers are given special financial incentives by employers if they skip prayers and do not fast.

For Muslims who do not fast, there is appreciation by the Xinjiang Government. Issa added that the system is designed to ethnically cleanse the region of those who follow the Islamic faith. In this situation, it is strange that the friend of Muslims, Pakistan - is totally oblivious to the happenings.

The Uyghur activist's assertion assumes significance in wake of Beijing's growing proximity to Islamabad. Dolkun Issa said this was Pakistan's payback to China for support at the NSG meet in Seoul and for many other favours.