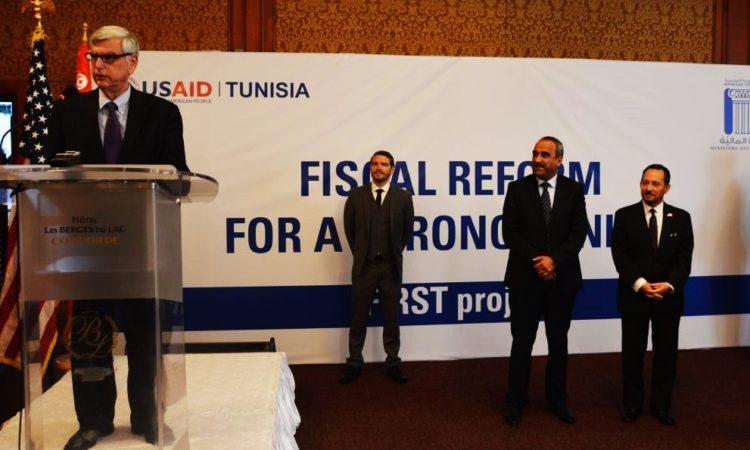 With the apathetic passing last month of a constitutional referendum solidifying President Kais Saied’s unchecked powers, Tunisia has confirmed its ignominious status as the biggest disappointment of the Arab Spring, having gone from a democratic success story to dictatorship in just over a decade.

As analysts and commentators lament the loss of Tunisia’s democracy, it is worth examining whether Tunisia’s backsliding is a “self-fulfilling autocracy,” and how that regression points to the risks and missteps of Washington’s foreign policy prioritization of democratization.

A year to the day after Tunisian President Kais Saied dismissed parliament and his Prime Minister, he held a July 25 referendum on a new constitution that has been dismissed as a sham by people and politicians alike. The pre-referendum 10-week “consultative” process was widely ignored, engaging just over 500,000 participants, of whom less than 40 percent actually voted in favor of drafting a new constitution.

A number of civic and political actors including the National Salvation Front, UGTT, and other smaller entities, publicized their decision to boycott the referendum itself, which, while receiving nearly 95 percent of votes in favor, had approximately 27 percent turnout, reportedly lower than that for unpopular local elections. A mandate this was not.

However undemocratic this process was, it did not emerge from the ashes of a perfect democracy. For years, despite the West’s inattention, or proclivity for laudatory remarks, Tunisians were living in a non-responsive democracy that had made the lives of many worse, not better. Prior to the 2008 global financial crisis, unemployment had been rapidly declining; the start of the Arab Spring exacerbated its recent rise. Even with a decade of democracy, unemployment levels are at a highs not seen since the late 1990s. Tunisia’s lauded education system, which propels many graduates to better paying jobs abroad, is showing weakening at the primary and secondary levels. As several interviewees with means told us during a recent research trip to Tunisia, choosing to remain in Tunisia brings with it the added question of whether to educate their children in the system. There are myriad reasons for the government’s non-responsiveness, but some flow from funding decisions that Washington made prior to and following the Arab Spring, as well as who currently bends U.S. politicians’ ears.

In the case of all democratization support, it is important to recognize that the power of US influence will always be less impactful than the dynamics of the country in question. When it comes to Washington’s support of democratization in the Middle East, the process is hampered by competing demands: U.S. security interests, particularly terrorism and the rise of ISIS; counter-balancing regional powers, and the economys. In 2006, as then-Secretary of State Condoleeza Rice was urging democracy in the Middle East, some 97 percent of the U.S. aid to Tunisia was military.

That ratio of military to economic spending shifted only in 2012, following the Arab Spring. Even then, 70 percent of assistance was defense-related. President Obama did not officially support the Tunisian protesters’ democratic aspirations until president Ben Ali fled the country.

It is not surprising then, that during our recent trip, we frequently heard from Tunisians that they were not ready for democracy. Many appreciated the freedom of expression and openness that came with the democratic transition, but did not feel well versed in the mechanics of how to run a country through democratic processes.

Of greater note was the cynicism with which many viewed the promise of democracy, seeing it as the aim of the political elite but not a system that could deliver. Indeed, of the many politicians, business leaders, entrepreneurs, and civil society leaders we interviewed, the ones most concerned with the loss of democracy were those who were responsible for losing it. That would include the Ennahdha party, which led the country during the last decade of failed progress, and members of the now-disbanded parliament who admitted their inability to enact meaningful reforms for people.

There are several factors at work here. On one hand, Tunisia’s political class did not have an adequate understanding of or incentive to operate in a truly democratic fashion. Even post-revolution funding from the U.S. was of limited help. Of the $277 million in aid that went to Tunisia in 2020, over 40 percent of that funding went to two main activities —one in the defense sector and one focused on economic growth.

The third largest activity in overall funding went to USAIDs Tunisia Accountability, Decentralization, and Effective Municipalities program. The project touts its improvement of waste collection, traffic and roads, public lighting and other infrastructure needs that are undoubtedly important. And to be fair, there is a good deal of democratic responsiveness built into a project that promotes citizen engagement and decentralization. However, it would have been encouraging to see some overt education programs focused on the nuts and bolts of democracy.

Another critical factor is Washington’s fealty to democracy for democracy’s sake. We heard how people across the country loathed the Ennahdha Party for not having delivered on the promise of the post-revolution period. Yet, having met with Ennahdha’s founder, Rached Ghannouchi, we also experienced how his ideas and ideals can be seductive to Americans eager to have the “Arab world’s most promising democracy” succeed. Ennahdha knows this too, as they have worked with leading PR and lobbying firms to reach Capitol Hill and influential think tanks and publications — essentially, to tell them what they wanted to hear.

The problem is that no amount of high-minded language can change the fact that many Tunisians saw their decade of democracy as non-responsive and inadequate for their situation. This mismatch between U.S. democratic goals and the voices of the people they are hoping to help “democratize” should be a warning sign to policymakers in Washington.

The world is at a critical juncture in its geopolitical trendlines. President Biden was correct when he called out the struggle between democracies and autocracies. Where the United States, and some of its democratic allies go astray, is in how to preserve and expand the circle of current democracies. For one, the Biden Administration’s openness about prioritizing human rights and democratic values is always going to run the risk of clashing with other interests, including security and economic ones, leaving a trail of hypocrisy in its wake. President Biden’s recent hat-in-hand trip to Saudi Arabia to seek an ease in global oil markets is a case in point.

Secondly, expecting other countries to live up to Washington’s democratic ideals when, in fact, many governments and some of their people do not want that same system, is an inherently undemocratic approach. The recent Summit of the Americas, which Mexico among others boycotted in response to the U.S. not inviting Cuba, Nicaragua, and Venezuela, is a recent example of the way in which focusing on idealism over pragmatism can undermine an agenda and reinforce anti-democratic behavior. Taking such a high-minded approach can work when the United States has the economic and moral imperative. However, with democracy weakened at home and U.S. economic clout falling in the region, such exclusionary measures risk backfiring.

Tunisians are now grappling with the fact that they have slid back to autocratic rule and the harsh reality that the man that many had hoped would restore badly needed order to the country may well not be able to do so. Kais Saied’s popularity has plummeted in the past year; however, there are also no widespread protests against him.

With many in Washington calling for cutting aid or predicating a future IMF loan on political, and not just economic reforms, the United States is risking losing not just the leverage that it has over the Tunisian government, but also over the people. They will be the ones to suffer most if Tunisia’s economic crisis becomes a pawn in Washington’s struggle for a solution to the democracy crisis. And that suffering is unlikely to engender good feelings about the U.S. approach to democracy.