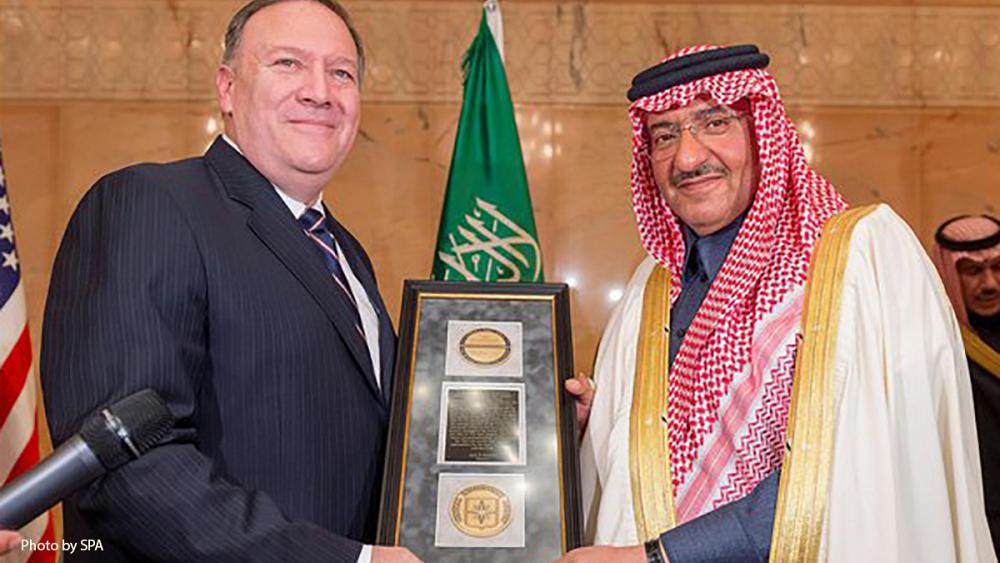 US Secretary of State Mike Pompeo arrives in Saudi Arabia

US Secretary of State Mike Pompeo arrived in Saudi Arabia on Saturday, kicking off the Middle East leg of his first trip abroad as America's top diplomat.
Pompeo arrived in the Saudi capital of Riyadh for talks with the Saudi king, crown prince and foreign minister just weeks ahead of several key dates that could further roil the volatile region. After leaving Saudi Arabia on Sunday, Pompeo will travel to Israel and Jordan before returning home.
US President Donald Trump has set a May 12 deadline to decide whether to pull out of the Iran nuclear deal, something he appears likely to do despite heavy pressure to stay in from European and other parties. Two days later the US plans to open its new embassy in Occupied Jerusalem, marking a significant shift in decades of American policy toward Israel and the Palestinians.
The embassy move is deeply opposed by the Palestinians, who on May 15 will mark the anniversary of what they term the "nabka", or catastrophe, when they fled or were driven from their homes during the 1948 war. Dozens of Palestinians have been killed by Israeli fire during recent violent protests along border between Israel and Gaza.
Also looming over the trip is uncertainty over Trump's policy on Syria, which has shifted between a speedy all-out withdrawal of American forces from the country and leaving a lasting footprint to deter Iran from completing a land bridge from Tehran to Beirut.

On Friday at a Nato foreign ministers meeting in Brussels, the first stop on his trip, Pompeo repeated Trump's pledge to withdraw from the Iran deal unless it is significantly strengthened. He said the US was "unlikely" to stay in if that was not done.
"Absent a substantial fix, absent overcoming the shortcomings, the flaws of the deal, he is unlikely to stay in that deal past this May," Pompeo said.