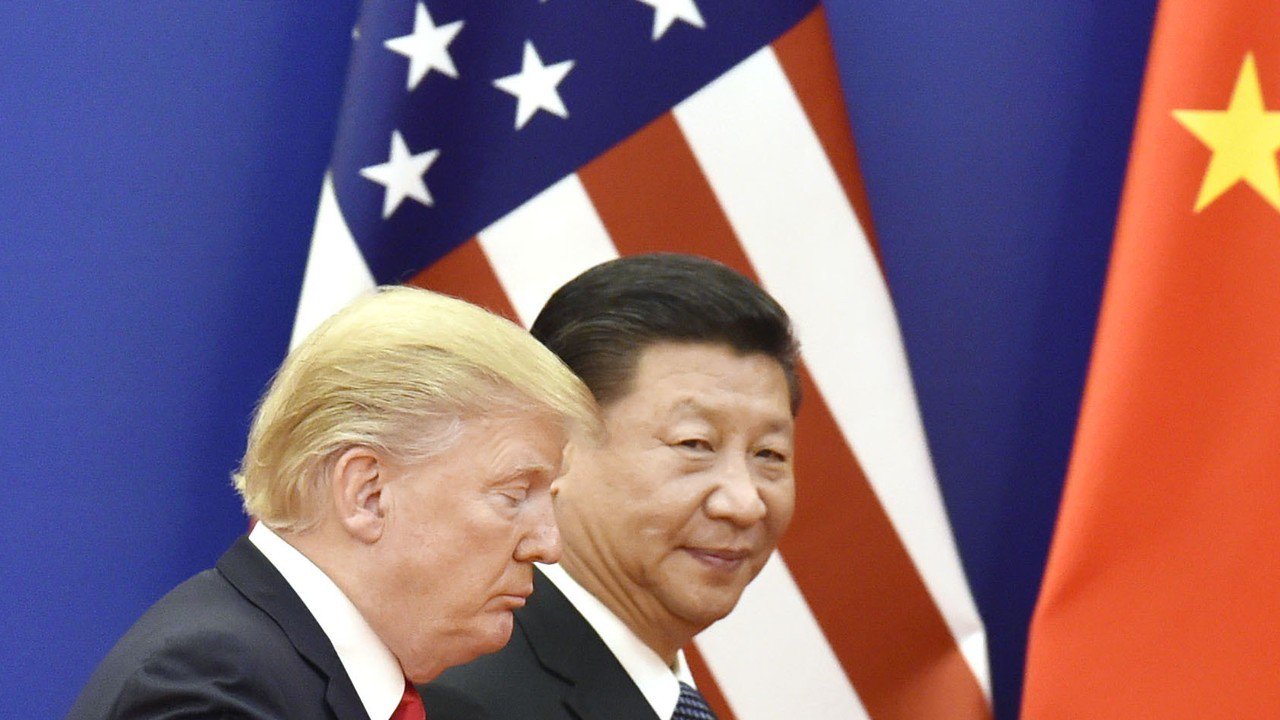 US Secretary of Defense James Mattis has pulled out of a planned visit to Beijing in October, a US official tells CNN, the latest sign of deteriorating ties between the United States and China.

Mattis had originally planned to visit the Chinese capital to meet with senior Chinese officials to discuss security issues. The last-minute cancellation has not been publicly confirmed by the Pentagon.
The decision to pull out of the trip comes amid growing tensions between Washington and Beijing across multiple fronts, from the Trump administration's tariffs on Chinese goods to new sanctions announced against the Chinese military.
At a press conference on Wednesday, US President Donald Trump said his often-mentioned friendship with Chinese leader Xi Jinping may have come to an end.
"He may not be a friend of mine anymore. But I think he probably respects me," Trump said.
The Trump administrations imposed 10% of tariffs on $200 billion in Chinese goods on September 24, in addition to the trade measures already in place. The Chinese government responded in kind, with between 5% to 10% tariffs on $60 billion of US goods.
Following the new round of tariffs, Beijing called off planned trade talks with Washington, leaving no end in sight for the ongoing trade war.
"How could you negotiate with someone when he puts a knife on your neck?" China's deputy trade negotiator Wang Shouwen said at a press conference Tuesday, saying resuming talks would be difficult.

The amphibious assault ship USS Wasp performs maneuvers on Thursday, September 27.
Rising military tensions
In a sign of growing tensions, the Chinese government canceled a port visit to Hong Kong by the USS Wasp, a US Navy amphibious assault ship, last week.
It followed closely the decision by the US government to sanction Chinese military figures over their purchases of Russian combat aircraft and missile systems.

China cancels US warship visit to Hong Kong amid military sanction backlash
The US sanctions were imposed on the Chinese military's Equipment Development Department and its director, provoking a stern response from the Chinese government. Wu Qian, Chinese Ministry of Defense spokesman, said they had expressed their "strong indignation and firm opposition" to the Pentagon.
In a move unlikely to improve relations, the US Navy released a series of photos Friday of the USS Wasp taking part in a live-fire exercise in the South China Sea, firing on inflatable targets with mounted machine guns and sniper rifles.
The South China Sea is one of the most disputed regions in the world, and the Chinese government claims a huge swathe of territory which it has reinforced with militarized artificial islands.
On Sunday, the US Navy sailed a warship close to disputed islands in the South China Sea. Two US officials told CNN that the guided-missile destroyer USS Decatur sailed within 12 nautical miles of Gaven and Johnson reefs in the Spratly Islands as part of what the US Navy calls "freedom of navigation operations," which are meant to enforce the right of free passage in international waters.
"Increasing the lethality of the Navy-Marine Corps Team is the priority for us. Sailors and Marines are doing amazing work and we are becoming more lethal every single day," Rear Adm. Brad Cooper, commander of Amphibious Force 7th Fleet, said in a US Navy statement.
Accusations of election influence
The diplomatic rift between Washington and Beijing has also spilled over from military and trade issues into the political arena in the past week, after US President Trump accused China of meddling in the upcoming US elections.
Speaking at the United Nations Security Council Wednesday, Trump said the Chinese government was attempting to interfere in the 2018 midterm elections to tilt them against the Republicans.

Trump is right that China uses its media to influence foreign opinion, but so does Washington
"They do not want me or us to win because I am the first president ever to challenge China on trade," Trump said. "We are winning on trade. We are winning at every level. We don't want them to meddle or interfere in our upcoming election."
To back up his claims, Trump later tweeted a photo of a Chinese state media paid supplement which had been placed in the Iowa-based Des Moines Register. "China is actually placing propaganda ads in (the Register) and other papers, made to look like news!" he said.
Chinese state media has a long history of placing paid articles and pullouts in foreign media, full of positive articles about China.
Chinese Foreign Minister Wang Yi furiously denied Trump's claims, shortly after he made them, saying Beijing had a "principle of non-interference in other countries' domestic affairs."
Foreign Ministry spokesman Geng Shuang went one step further on Thursday, suggesting Washington was the country "most accustomed" to interfering in other countries' affairs.