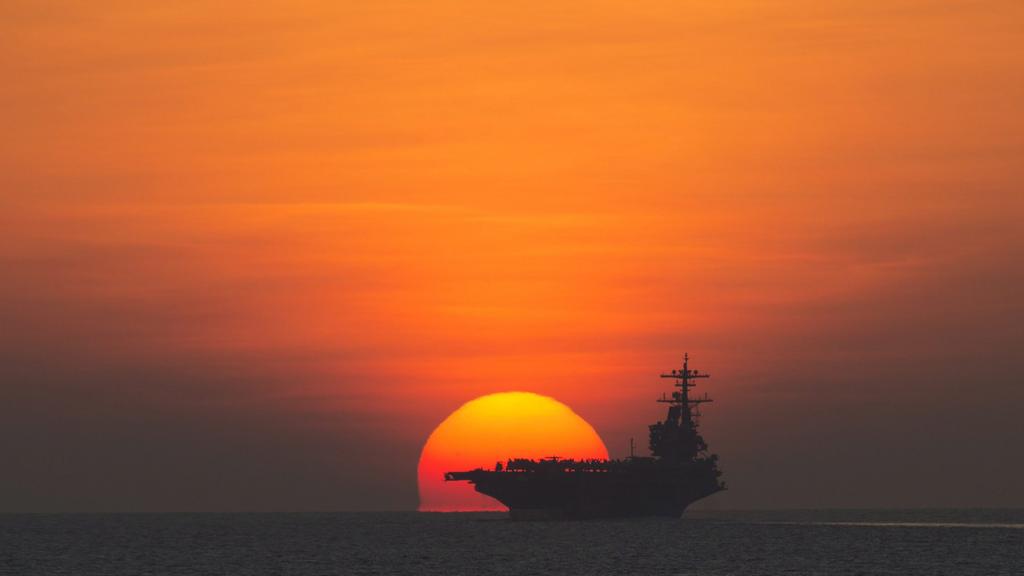 US navy facing off to Chinese air incursions into Taiwan

China, which claims Taiwan as its own territory, has conducted almost daily flights over the waters between the southern part of Taiwan and the Taiwan-controlled Pratas Islands in the South China Sea in recent months.

However, they have generally consisted of just one or two reconnaissance aircraft.

The presence of so many Chinese combat aircraft on this mission - Taiwan said it was made up of eight nuclear-capable H-6K bombers and four J-16 fighter jets - was unusual.

A map provided by Taiwan’s defense ministry showed that the Chinese aircraft, including a Y-8 anti-submarine aircraft, flew over the same waters where the most recent Chinese missions have been taking place near the Pratas Islands, though still well away from mainland Taiwan.

Taiwan’s air force warned away the Chinese aircraft and deployed missiles to monitor them, the ministry said, using standard wording for how it responds to such activities.

“Airborne alert sorties had been tasked, radio warnings issued and air defense missile systems deployed to monitor the activity,” it said in a brief statement.

The U.S. State Department urged China to stop pressuring Taiwan and reaffirmed its commitment to the island and desire to deepen ties.

“We urge Beijing to cease its military, diplomatic, and economic pressure against Taiwan and instead engage in meaningful dialogue with Taiwan’s democratically elected representatives,” State Department spokesman Ned Price said in a statement.

“We will continue to assist Taiwan in maintaining a sufficient self-defence capability.”

There was no immediate comment from China. In the past, China has said it has been carrying out exercises to defend its sovereignty and security.

Taiwan’s foreign ministry expressed its thanks for the show of U.S. support, adding they would work closely with the Biden administration to strengthen their close partnership.

“It’s sending a message to the Biden administration,” he said.

Last year, during visits by senior U.S. officials to Taipei, Chinese aircraft briefly crossed the median line of the Taiwan Strait, which normally serves as an unofficial buffer.

The flight by the Chinese bombers and fighters on Saturday came just days after Joe Biden assumed the U.S. presidency.

In the latest development a U.S. aircraft carrier group led by the USS Theodore Roosevelt has entered the South China Sea to promote “freedom of the seas”, the U.S. military said on Sunday, at a time when tensions between China and Taiwan have raised concern in Washington.

U.S. Indo-Pacific Command said in a statement the strike group entered the South China Sea on Saturday, the same day Taiwan reported a large incursion of Chinese bombers and fighter jets into its air defence identification zone in the vicinity of the Pratas Islands.

The U.S. military said the carrier strike group was in the South China Sea, a large part of which is claimed by China, to conduct routine operations “to ensure freedom of the seas, build partnerships that foster maritime security”.

“After sailing through these waters throughout my 30-year career, it’s great to be in the South China Sea again, conducting routine operations, promoting freedom of the seas, and reassuring allies and partners,” Rear Adm. Doug Verissimo, commander of the strike group, was quoted as saying.

“With two-thirds of the world’s trade travelling through this very important region, it is vital that we maintain our presence and continue to promote the rules-based order which has allowed us all to prosper,” Verissimo said in the statement.

The announcement comes just days after Joe Biden was sworn in as U.S. president.

Biden’s nominee for secretary of state, Antony Blinken, told his Senate confirmation hearing on Tuesday there was “no doubt” China posed the most significant challenge to the United States of any nation.

China has repeatedly complained about U.S. Navy ships getting close to Chinese-occupied islands in the South China Sea, where Vietnam, Malaysia, the Philippines, Brunei and Taiwan all have competing claims.

Tags:
In the latest development a U.S. aircraft carrier group led by the USS Theodore Roosevelt has entered the South China Sea to promote “freedom of the seas”