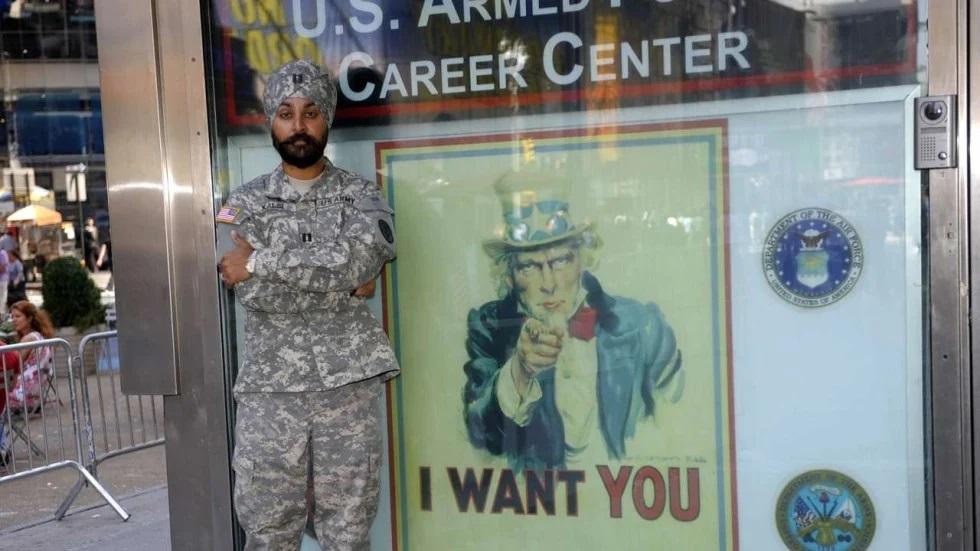 Agents from US Customs and Border Patrol (CBP) have been accused of seizing turbans from Sikh asylum seekers at the southern border.

In a letter to CBP, the American Civil Liberties Union (ACLU) of Arizona said there had been nearly 50 documented cases of Sikhs saying religious headwear was taken and never returned as they passed through CBP checks in Yuma, Arizona.

The cases were reported by the International Rescue Committee (IRC), a humanitarian nonprofit that helps asylum seekers released by CBP. The nonprofit has reported a sharp increase in turban confiscations since June.

“While [IRC] has encountered cases of religious headwear being confiscated every month of this year,” the ACLU said, “in June 2022 the number of reports rose sharply, prompting concern that border officials have ramped up their efforts to seize these sacred items.”

The ACLU is asking CBP to investigate the confiscations as civil rights violations, citing policy that says officers should “remain cognizant of an individual’s religious belief while accomplishing an enforcement action in a dignified and respectful manner”.

The ACLU wrote: “For many Sikhs, the turban is a central aspect of their religious identity; exposing their ‘naked’ heads to others is considered sacrilegious and shameful.

“By confiscating and failing to return Sikh individuals’ turbans, CBP directly interferes with their religious practice and forces them to violate their religious beliefs.”

Gurjodh Singh, an asylum seeker from India, told the Intercept and Arizona Luminaria that while he tried to insist to CBP agents his religion forbade taking off his turban, they forced him to remove it and put it in a trash pile.

He said: “They told me to take off my turban. I know a little English and I said, ‘It’s my religion.’ But they insisted. I felt so bad.”

IRC volunteers have contacted local Sikh communities to find replacements for seized turbans. One volunteer, the ACLU said, supplied “more than 50 turbans by soliciting them from family, friends and congregations”.

“Unfortunately, this is not a long-term solution because of the sheer number of turbans needed,” the ACLU added.

The CBP commissioner, Chris Magnus, said an investigation had been opened.

“We take allegations of this nature very seriously,” Magnus said. “Our expectation is that CBP employees treat all migrants we encounter with respect.”

The ACLU said concerns over the confiscation of turbans and other religious clothing were raised in 2019 and 2020 and “despite numerous contacts about this issue, to our knowledge, no meaningful investigation has occurred”.