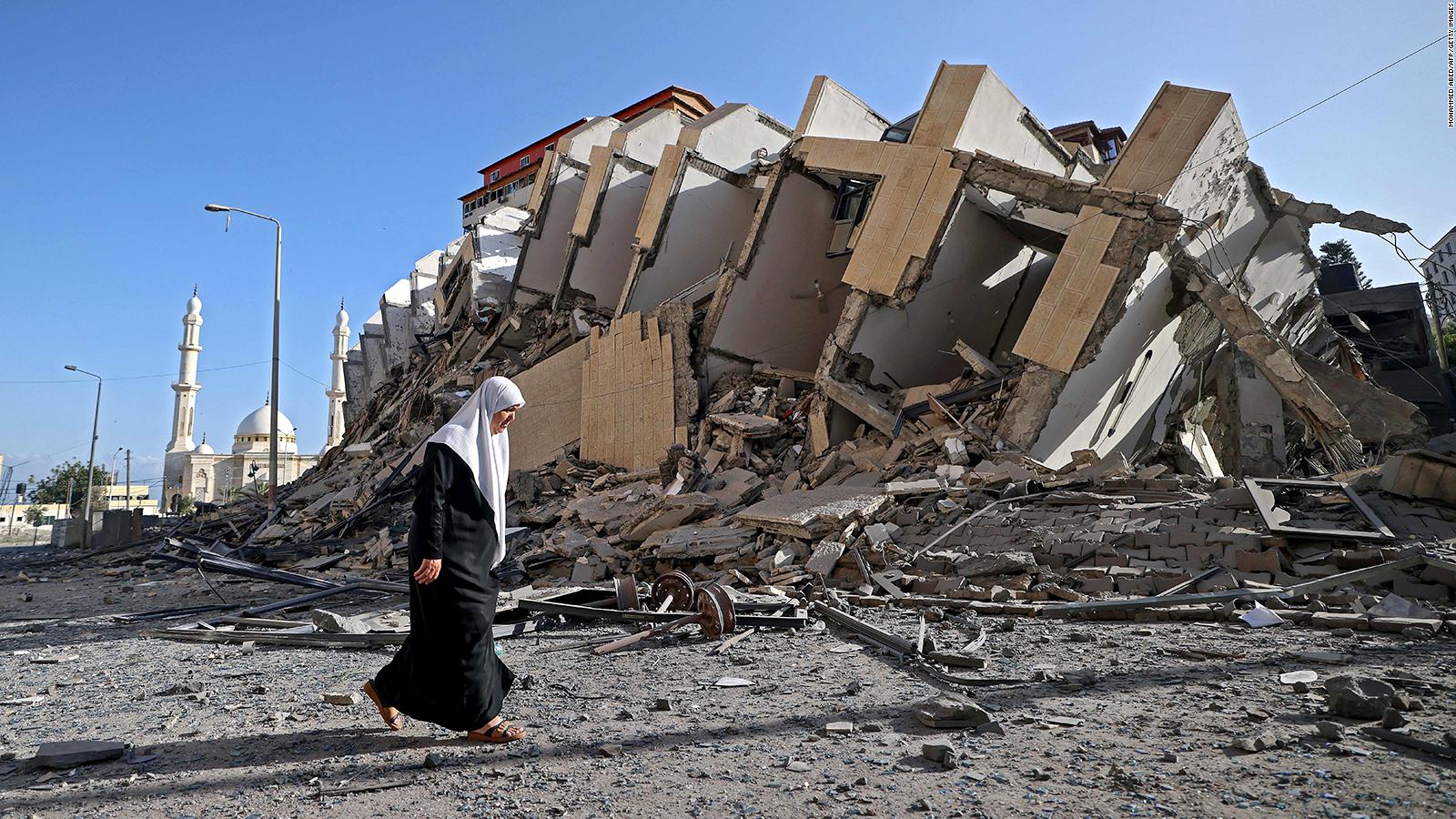 The United States on Monday again prevented the United Nations Security Council from issuing a public statement on worsening violence between Israel and Palestinian militants as the White House said it was pursuing "quiet, intensive diplomacy."

For the past week Washington, a strong ally of Israel, has been isolated on the 15-member council over its objection to a statement, which it does not believe would be helpful at the moment. Such statements are agreed by consensus.

"The question is, will any given action or any given statement actually, as a practical matter, advance the prospects for ending the violence or not," US Secretary of State Antony Blinken said on Monday. "If we think that there's something ... that would effectively advance that, we would be for it."

The United States also said no to a public council meeting on Friday, but compromised and allowed a Sunday meeting, where China's Foreign Minister Wang Yi publicly, and unusually, called out the United States for obstructing a statement.

China, council president for May, then said it would try again for a council statement. Diplomats said on Monday that the United States again said it was not the right time.

"Our approach is through quiet, intensive diplomacy and that's where we feel we can be most effective," White House spokeswoman Jen Psaki told reporters on Monday.

The 193-member UN General Assembly plans to meet on Thursday over the violence, General Assembly President Volkan Bozkir said as the fiercest hostilities in the region in years entered a second week.

Niger and Algeria, chairs of the Organization for Islamic Cooperation group and Arab group in New York, asked the 193-member General Assembly meet publicly "in light of the gravity of the situation and its rapid deterioration."

Gaza health officials put the Palestinian death toll since the fighting erupted last Monday at least 204, including 58 children and 34 women. Ten people have been killed in Israel, including two children.

UN spokesman Stephane Dujarric said that more than 38,000 people were seeking protection in 48 UN schools in Gaza. "We continue to actively engage all sides towards an immediate cessation of fire," Dujarric said.

US Ambassador to the United Nations, Linda Thomas-Greenfield, on Sunday called on all parties to protect civilians and respect international humanitarian law, adding: "We are particularly concerned about protecting UN facilities as civilians seek shelter in about two dozen of them."

At the same time President Biden told Israeli Prime Minister Benjamin Netanyahu that the US was working with Egypt and other countries on halting hostilities.

But the US again blocked a UN Security Council statement calling for a cessation of violence.

The conflict is now in its second week, with little sign of ending.

Israel conducted further air strikes on Gaza early on Tuesday. Its army said dozens of rockets were fired into its territory overnight.

On Tuesday Israel said at least 150 militants were among those killed in Gaza. Hamas, the Palestinian militant group that runs the territory, does not give casualty figures for fighters.

According to a White House statement on Monday, Mr Biden "encouraged Israel to make every effort to ensure the protection of innocent civilians".

"The two leaders discussed progress in Israel's military operations against Hamas and other terrorist groups in Gaza," it added.

President Biden "expressed his support for a ceasefire and discussed US engagement with Egypt and other partners towards that end", it said.

World leaders and humanitarian organisations have called for measures to prevent the deaths of residents and the chaos wrought by the destruction of buildings and infrastructure.

The US - which is one of Israel's strongest allies - has once again blocked efforts at the UN Security Council to issue a statement calling on Israel to stop its military offensive, stressing instead its own diplomatic efforts.

"Our calculation at this point is that having those conversations behind the scenes... is the most constructive approach we can take," White House spokeswoman Jen Psaki told reporters.

The UN Security Council is due to hold its fourth emergency meeting on the violence on Tuesday.

In related developments on the US front

U.S. Secretary of State Antony Blinken said on Monday the United States was working "intensively" to end violence between Israel and Palestinian militants, and rejected suggestions that Washington was blocking diplomacy at the United Nations.

Blinken also said during a visit to Denmark that he had not seen any evidence provided by Israel on suggestions that Hamas was operating out of a building housing media outlets - including the U.S.-based Associated Press - which was destroyed in an Israeli missile strike at the weekend.

He said it would be up to others to weigh on intelligence matters.

Israel said its fighter jets struck a multi-storey building "which contained military assets belonging to the intelligence offices of the Hamas terror organization."

Israeli Prime Minister Benjamin Netanyahu told CBS broadcaster on Sunday that Israel would provide such proof through "intelligence services". It was not clear whether Israel provided that to the United States.

Blinken said the United States was working round the clock to help put an end to the violence but gave few details.

"We're not standing in the way of diplomacy, on the contrary we are exercising it virtually non-stop," Blinken told a news conference with Denmark's foreign minister when asked why the United States had blocked a U.N. Security Council statement condemning Israel's military response.

Washington, a strong ally of Israel, has been isolated at the United Nations over its objection to a public statement by the Security Council because it worries it could harm diplomacy behind the scenes.

Blinken said Israel has the right to defend itself, but that he had been alarmed that journalists and medical workers had been put at risk, in particular after Israel destroyed the tower block in Gaza housing a number of media outlets.

The United States has requested additional details from Israel regarding the attack, Blinken said.

"Shortly after the strike we did request additional details regarding the justification for it. I wouldn’t want to weigh in on intelligence matters in this forum, it’s not my place. I will leave it to others to characterize if any information has been shared and our assessment of that information," he said.