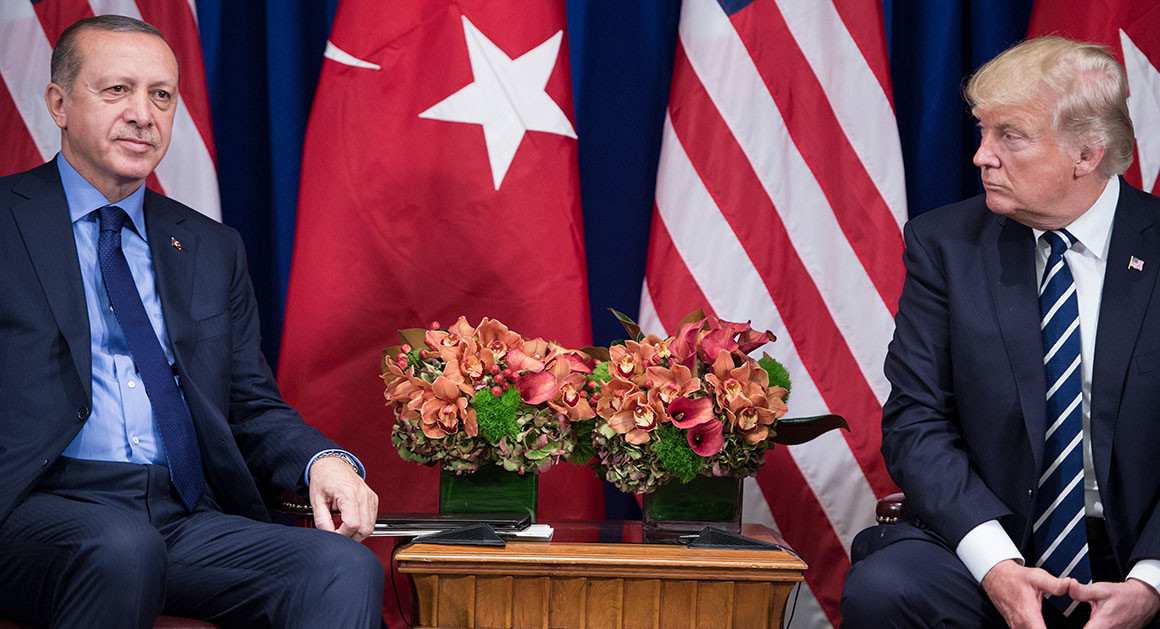 US Asks Turkey to Show Restraint in Syria

The United States is expressing concern about Turkey’s offensive in northern Syria and top officials are appealing for restraint and fears that the conflict could spread.

“Increased violence in Afrin disrupts a relatively stable area of Syria," she said. "It distracts from international efforts to ensure the lasting defeat of ISIS, it could be exploited by ISIS and al-Qaida for resupply and safe haven, and it risks exacerbating the humanitarian crisis.”

Sanders also urged Turkey “to exercise restraint in its military actions and rhetoric, ensure that its operations are limited in scope and duration, ensure humanitarian aid continues, and avoid civilian casualties. We want to ensure that Assad's brutal regime cannot return to Afrin, and we will continue working diplomatically to end the Syrian civil war.”

Tensions between US, Turkey

While Washington wants to preserve its relationship with Turkey. it also has ties to Kurdish and other forces forces targeted by Turkey.

In a London press conference Monday, Secretary of State Rex Tillerson said “The U.S. is in Syria to defeat ISIS (the so-called Islamic State), and we’ve done that with a coalition of partners, and the Syrian Democratic Forces in particular, which are comprised of Kurdish and Arab, but also elements of Christian forces. It is truly a multiethnic group of fighters who are defending their home territory. And so we are concerned about the Turkish incident in northern Syria."

Later, Tillerson downplayed concerns about rising tensions between Turkey and the United States.

“I don't think you’re going to find two NATO allies facing off at all,” he said.

Tillerson said Turkey is worried about “terrorists crossing the border into Turkey and carrying out attacks and we appreciate their right to defend themselves, but this is a tough situation where there are a lot of civilians mixed in. So we’ve asked them to just, try to be precise, try to limit your operation, try to show some restraint.”

U.S. Central Command spokesman Lt. Col. Earl Brown told VOA the U.S. has no coalition operations in Afrin. He also said the U.S. has a MOU (memorandum of understanding) with Turkey where they let the U.S. know of operations in Syria and they have kept to that memorandum.

“Turkey's actions in Afrin are unilateral and not associated with coalition operations in Syria," he said. "In accordance with an existing memorandum of understanding, Turkey is providing advance notification of its operations to the Coalition to ensure awareness prior to military actions.”

The French ambassador to the United Nations, Francois Delattre, asked for “the opportunity for an emergency meeting on the wider situation in Syria, the humanitarian situation in particular.”

He added, “our priority is about Eastern Ghouta and Idlib where there is a tragedy happening before our eyes that is totally unacceptable.”

​Tillerson to meet with French

On Tuesday, Tillerson will meet with senior French officials to discuss a range of issues, including Syria, Iran, Lebanon, Libya, the threat from North Korea, and Ukraine. He will also attend the launch of the International Partnership against Impunity for Use of Chemical Weapons.

“Obviously, we know chemical weapons are being used in Syria. We've seen it,” he said.

Asked about new reports that Syria is again using chemical weapons against its own civilians. U.S. Assistant Secretary of State for Public Affairs, Steve Goldstein, could not confirm the report, but he told reporters in Washington Monday:

“Civilians are being killed and it is not acceptable,” he said.

U.N. to address use of chemical weapons?

Asked whether the United States would raise the issue at the U.N. Security Council, Goldstein said: “We'll see tomorrow.”

Goldstein added that Russia needs to do more to stop the killings.