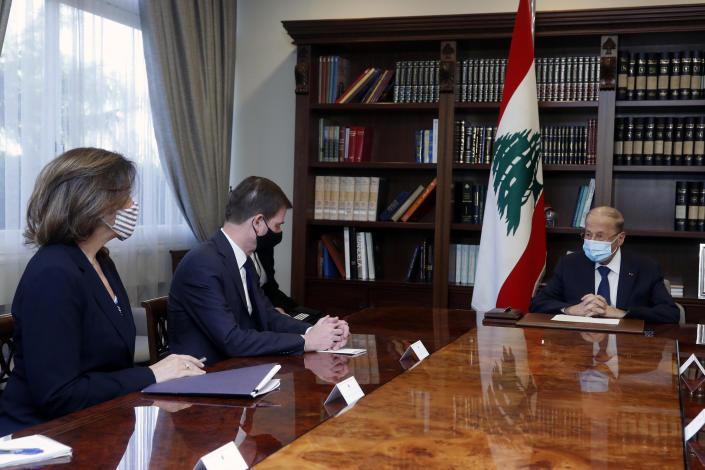 US ambassador insisits electricity plan for Lebanon going as planned

U.S. Ambassador to Lebanon Dorothy Shea announced Tuesday that she had a “positive discussion” with Energy Minister Walid Fayyad, while denying claims by Hizbullah chief Sayyed Hassan Nasrallah about the fate of Lebanon's U.S.-sponsored energy deals with each of Egypt and Jordan.

“I am encouraged when I hear about the continued progress on these regional energy deals. It is a long and complicated process, and I would urge the audiences out there to not believe the naysayers who would have you believe that there is no progress,” Shea said after the talks, apparently responding to Nasrallah’s remarks.

“I just reviewed some very lengthy documents, contractual documents, that require hours of painstaking review by lawyers on the part of multiple parties, and I am really appreciative to the advice that the minister and his team have been getting from the World Bank, because they are bringing to the forefront the best practices in the international arena on such arrangements,” the ambassador added.

“We are relying on their very good advice, when it comes to things like the overall plan for which the Council of Ministers gave their preliminary approval some weeks ago, and we're looking forward to continued progress on that,” she went on to say.

Shea pointed out that “this is not an easy exercise, especially not right now, given all the other complications in the world and the disruptions to the world energy markets because of the Russian invasion of Ukraine.”

She, however, stressed that there is “ongoing communications between the Minister and his counterparts, and the other stakeholders in these deals.”

“They are ongoing and they are productive and positive, and we look forward to a successful outcome,” the ambassador added.

“Hang in there. We have not given up hope and you shouldn't either,” she said, addressing the Lebanese people.

In a speech on March 9, Nasrallah had said that “the U.S. State Department has not granted Egypt and Jordan a written document confirming that they would be exempted from the Caesar Act sanctions if they exported gas and electricity through Syria.”

“Until now, everything that the U.S. ambassador to Lebanon has said has been lies and deception… Where is the electricity? There is no electricity!” Nasrallah charged.