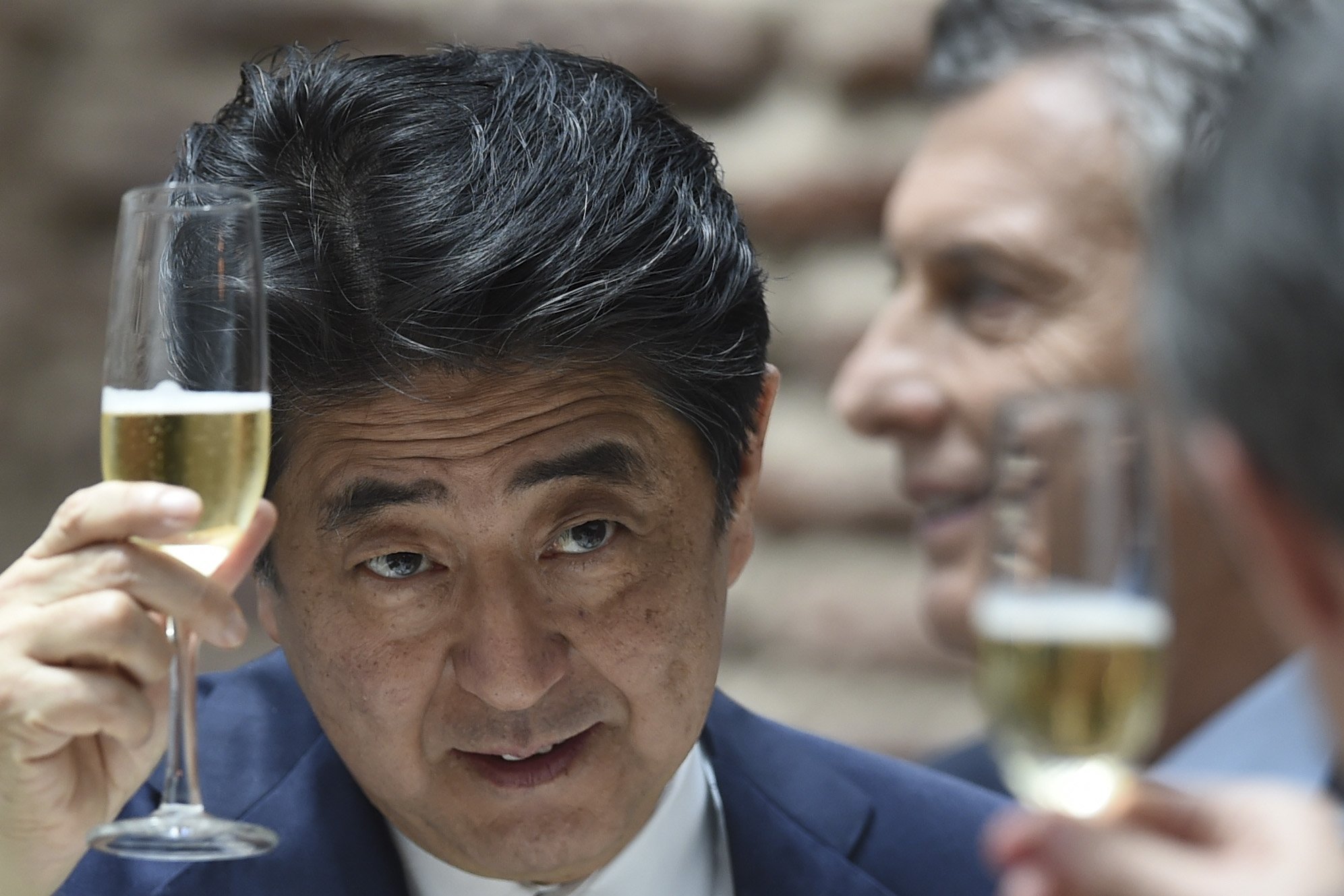 Friday's shocking assassination of Japan's former Prime Minister Shinzo Abe in one of the world's safest countries stunned leaders and drew condemnation, with Iran calling it an "act of terrorism" while Spain slammed the "cowardly attack."

Abe, 67, was shot from behind in Nara in western Japan while giving a campaign speech. He was airlifted to a hospital but was not breathing and his heart had stopped. He was pronounced dead later at the hospital. Abe was Japan's longest-serving leader before stepping down in 2020 for health reasons.

Japanese Prime Minister Fumio Kishida, who hastily returned to Tokyo from campaign events around the country, called the shooting "dastardly and barbaric."

"His global leadership through unchartered times will be remembered by many. My thoughts are with his family, friends and the Japanese people. The UK stands with you at this dark and sad time," Johnson tweeted.

Iran condemned the shooting as "an act of terrorism."

"As a country that has been a victim of terrorism and has lost great leaders to terrorists, we are following the news closely and with concern," Iran's Foreign Ministry spokesperson said.

People in Japan could be seen reading extra editions of the Friday paper with Abe's picture large on the front page, or stopping to watch the news on TV.

NHK public broadcaster aired dramatic footage of Abe giving a speech outside of a train station in the western city of Nara. He is standing, dressed in a navy blue suit, raising his fist, when two gunshots are heard. Footage then shows Abe collapsed on the street.

"We are shocked and saddened to hear about the violent attack against former Japanese Prime Minister Shinzo Abe," the White House said in a statement shortly afterward.

New Zealand Prime Minister Jacinda Ardern earlier expressed her shock about the shooting. She said Abe was one of the first leaders she met after taking office and described him as deeply committed to his role, generous and kind.

"I recall him asking after the recent loss of our pet when I met him, a small gesture but one that speaks to the kind of person he is," Ardern said. "Events like this shake us all to the core."

In the NHK video, security guards are seen leaping on top of a man in a gray shirt who lies face down on the pavement. A double-barreled device that appeared to be a handmade gun is seen on the ground.

Police have arrested a suspected gunman at the scene. Under Japanese law, possession of firearms, as well as certain kinds of knives and other weapons, like bowguns, is illegal without a special license. Importing them is also illegal.

French President Emmanuel Macron tweeted that he was "deeply shocked by the odious attack" on Abe. He paid tribute to Abe as "a great prime minister" and said "France stands at the side of the Japanese people."

Many gave their condolences and expressed solidarity with Japan, and India's Prime Minister Narendra Modi announced Saturday as a one-day national mourning as a mark of the deepest respect for Abe.

"Mr. Abe made an immense contribution to elevating India-Japan relations to the level of a special strategic and global partnership. Today, whole India mourns with Japan and we stand in solidarity with our Japanese brothers and sisters in this difficult moment," Modi said.

Spanish Prime Minister Pedro Sánchez sent his best wishes to Abe's family. "Spain stands together with the people of Japan in these difficult times," he tweeted.

Australian Prime Minister Anthony Albanese said Abe was one of Australia's closest friends and a "giant on the world stage," adding that "his legacy was one of global impact, and a profound and positive one for Australia. He will be greatly missed."

"Italy is distraught over the terrible attack against Japan and its free, democratic debate. Abe was a great protagonist of Japanese and international political life in recent decades, thanks to his innovative spirit and reformist vision," Draghi said in a statement.

Indonesian Foreign Minister Retno Marsudi, who is in Bali as president of the Group of 20 nations' foreign ministers meeting in Bali, Indonesia, lamented Abe's "untimely demise" and said he "will always be remembered as a prime example for all."

In China however, Abe's shooting triggered unfavorable comments from tens of thousands of nationalist citizens on social media.

Some quipped, "Hope he's not OK," while dozens half-jokingly called the shooter "a hero" or "anti-Japan hero." Others said Abe's injuries were a comfort to the souls of people who had died in Japan's invasion of China during World War II.

While not necessarily the view of most Chinese, the posts reflect strong public sentiment — encouraged by government propaganda — against right-wing Japanese politicians who question or deny that the military committed atrocities in China.