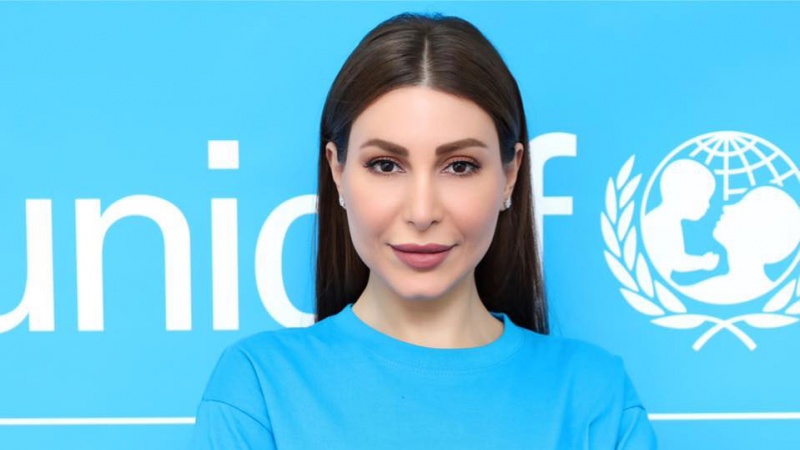 Lebanese pop singer Yara has been appointed by UNICEF as the regional ambassador for the Middle East and North Africa, the humanitarian aid organization shared this week on their Instagram account.
“I am just delighted to receive this appointment with UNICEF,” Yara said in a released statement. “I look forward to working with my friends at UNICEF to advance children’s issues across the region.”
The ceremony was held on an online video conference.
In her new role, the star will focus on UNICEF’s efforts to supply more people with credible information related to COVID-19 and related health and prevention measures, the organization said.
Yara started her musical career in 1998 after winning the television talent competition “Kass El-Noujoum.”
In 2006, she joined singer Fadl Shaker in a duet called “Khedni Ma’ak.” In 2009, she joined Jean-Marie Riachi for the album “Belaaks” with the song “Shefto min biid” (“I Saw Him”) in Lebanese dialect.
So far, she has released six albums with songs in different dialects in Arabic, making her extremely popular in different parts of the region.
She joins a long list of celebrities, including Palestinian-Dutch model Gigi Hadid, Egyptian couple Ahmed Helmi and Mona Zaki, actress Salma Abu Deif, Lebanese model Jessica Kahawaty and many more who are also ambassadors for the organization.
Source: Arab News

By The Levant - 2 hours ago
An electrical fire swept through an Egyptian Coptic Christian church during Mass on Sunday, causing a stampede and killing at least 41 people, most of them children, security sources said. The blaze started just before 9 a.m. in the Abu Sifin church in the city of Giza where 5,000 people had gathered. The fire blocked […]
Read story