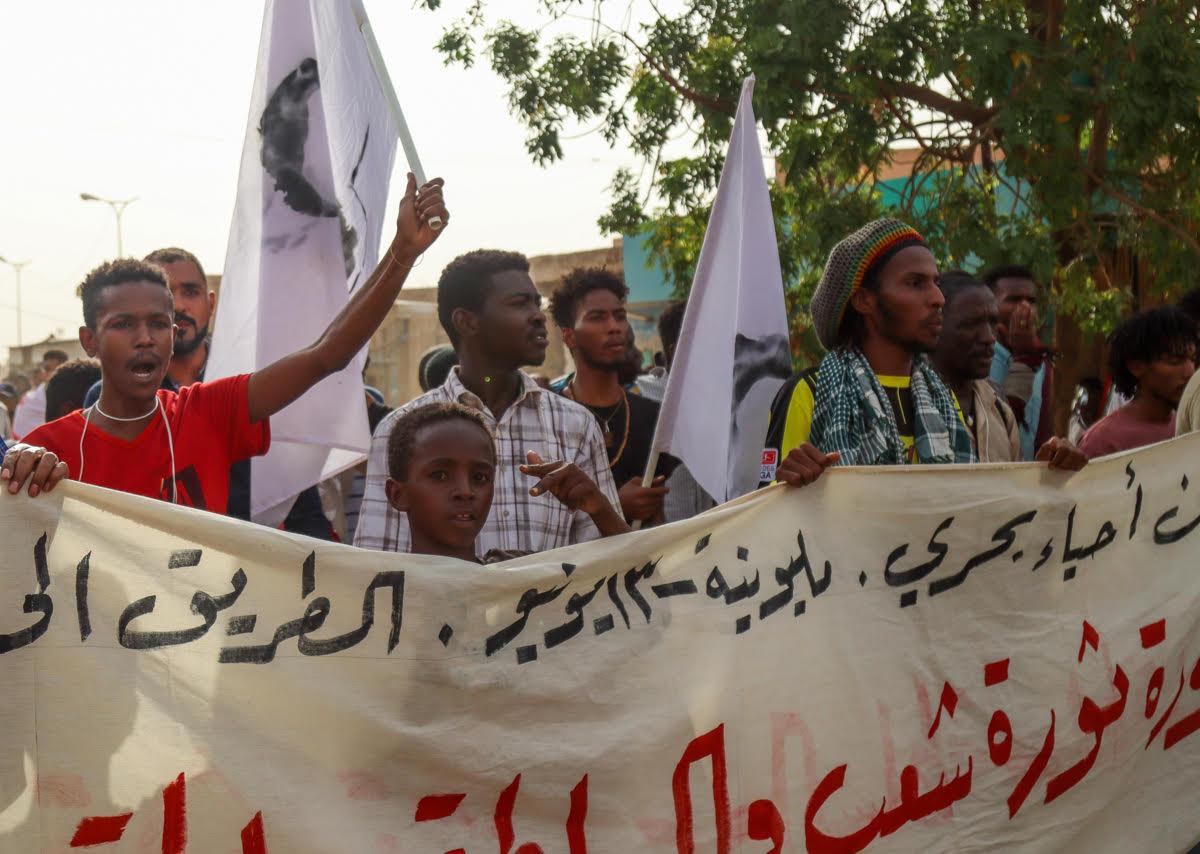 Amid anti-coup rallies intensifying and the economic crisis spiraling out of control, Sudan’s military government might consider altering its political direction, although unwilling to give up power.

By Katarzyna Rybarczyk
Eight months after the military takeover, which violated the power-sharing agreement that the Sudanese civilian and military factions agreed on following the 2018 Revolution, anti-coup protests are a weekly occurrence in Khartoum and its twin city Omdurman.

Protesters chant against the military regime, calling for the army to step down and re-install the civilian government. And yet, instead of listening to their demands, Sudanese security forces regularly use excessive force against demonstrators.

Since October, at least one hundred people have been killed and several hundred more unlawfully detained.

Until now, the military, led by al-Burhan, has been stubborn, ignoring the calls for restoring the civilian-led transitional government. Recently, however, it expressed its readiness to discuss the situation with the civilian bloc, who, on the other hand, boycotted the UN-facilitated talks.

Distrust between civilians and military

Amongst demands that protesters chant at each demonstration are ‘free education, free healthcare, and peace.’ But, as Talal, an activist involved in organizing anti-coup protests, told me, ‘people want more than these demands; they want justice - for what is happening in Darfur, what is happening here. They want freedom.’

‘This time, we will not compromise. We will not agree to the system that was in place before the coup; we want a fully civilian government,’ he added.

On these grounds, the Forces of Freedom and Change, a critical civilian bloc in Sudan, refused to participate in the talks. Its members claimed that negotiations are not an effective political solution and that they are legitimizing the coup.

Until Burhan says that the military handing full authority to a civilian governing body is a possibility, the political deadlock will continue.

The military’s brutal crackdown on anti-coup protests has also been a significant factor behind civilians’ reluctance to participate in the dialogue with the junta.

‘How can we start negotiations if they keep shooting people. A condition for us to join the talks is that we can have peaceful marches,’ one of the protesters I met at the June 13 demonstration in Khartoum told me.

The three-decade-long dictatorial rule of President Omar al-Bashir, ousted due to the 2018 Revolution, was characterized by brutality, discrimination, and inequality. After removing him from power, the Sudanese people were hopeful for a gradual implementation of democracy, but the reality was not so bright.

Following the military coup this past October, complete control of Sudan has been in the hands of the Sudanese military, the Rapid Support Forces (RSF), and paramilitary groups that joined the Juba Peace Agreement, a deal signed on 3 October 2020 allowing armed and unarmed opposition organizations in Sudan to play a part in the transitional government.

On multiple occasions, the RSF has been accused of crimes such as enforced disappearances or torture. Similarly, most ex-rebel groups included in the government have a track record of violating human rights and using violence to achieve their aims.

It is, therefore, not surprising that the people have no trust in the post-coup leadership.

The protesters’ message for security forces during the June 13 demonstration said: ‘You can kill me, but you can’t kill the revolution. You bring guns, but we have no fear.’

The event ended with protesters gathering in front of one of the martyrs of the anti-coup protests and reciting a poem in his memory. They said that, despite the risks, they would keep standing up to the military. They promised to persevere for him and others who got killed during protests, so their deaths were not in vain.

As well as agreeing to hold national dialogue, the military government has recently lifted the state of emergency and released dozens of detained protesters.

It appears that the generals are starting to realize that, to solve the crises that Sudan is dealing with, a certain degree of participation of civilian factions in decision-making is necessary. Still, the military changing its approach should not be mistaken for it loosening its grip on power.

An idea for a potential settlement is that Abdalla Hamdok, the former prime minister overthrown in the coup, would resume his functions, the remaining detainees would be freed, and the power would again be shared like during the pre-coup transitional order.

However, this is not what the nation wants, as returning to the civilian-military partnership would mean that the military remains deeply entrenched in Sudan’s politics and economy.

Unfortunately, at least for the time being, a scenario in which the junta reverses the coup and allows for a complete civilian government to be in control is unlikely.

Even though Burhan promised to hold free and fair elections in July 2023, there is every likelihood that they will be rigged and used by the military to rubber-stamp its reign.

Therefore, opening up to talks and the possibility of including civilians in the government is most likely a strategic step, a disguise authorizing the military to remain in power. Sudan is back to square one, and putting the country’s democratic transition back on track will be tedious, if not unachievable,

Katarzyna Rybarczyk is a political correspondent for Immigration Advice Service. She covers humanitarian issues and conflicts in the Middle East and Africa.