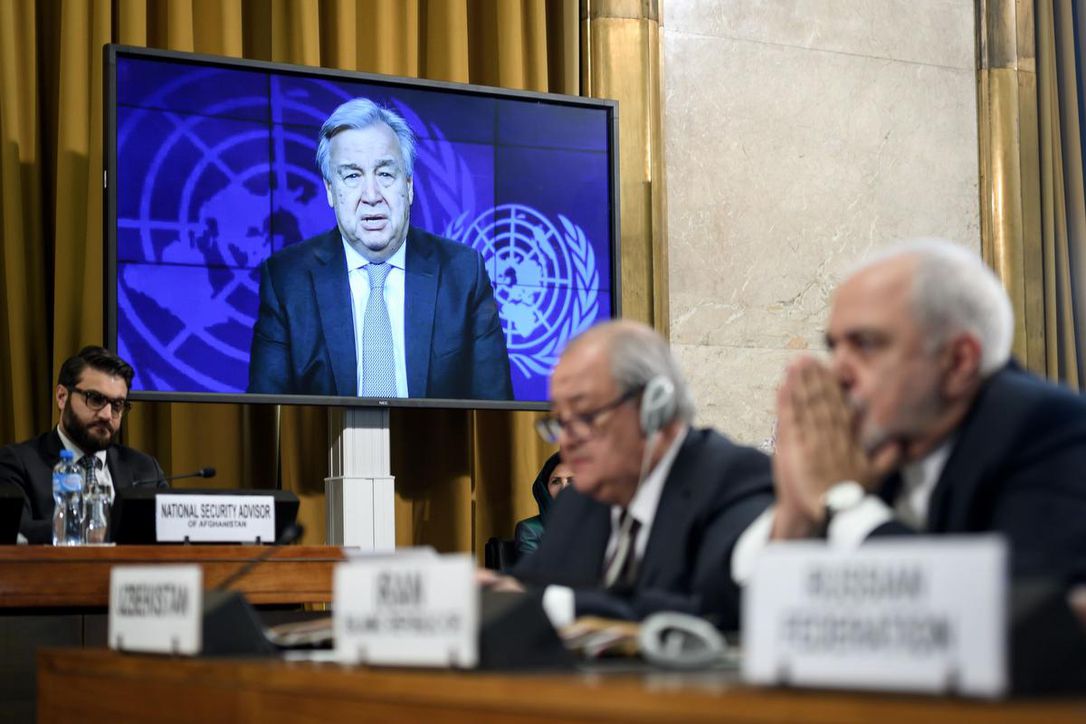 His Highness Sheikh Mohamed bin Zayed Al Nahyan, Crown Prince of Abu Dhabi and Deputy Supreme Commander of the UAE Armed Forces, has received the UN Secretary-General Antonio Guterres, who is currently visiting the UAE for the Abu Dhabi Climate Meeting that kicked-off on Sunday.

His Highness welcomed the UN Secretary-General, wishing him success during the Abu Dhabi Climate Meeting proceedings and global efforts to address the impact of climate change.

The two sides discussed means of developing cooperation between the UAE and the UN across its various agencies and programmes, mainly focusing on humanitarian relief, development, and environmental sustainability.

Sheikh Mohamed and Guterres also exchanged views on regional and international issues and developments of common concern. They also emphasised the importance of intensifying joint efforts to address underlying and pressing global challenges.

The Abu Dhabi Crown Prince and UN Secretary-General highlighted the importance of events like the Abu Dhabi Climate Meeting, which is hosted by the UAE in collaboration with the United Nations. The high-level meeting serves as a precursor to the UN Climate Action Summit in New York in September 2019 and aims to outline the agenda and draft resolutions to be tabled at the Summit.

During the meeting, Sheikh Mohamed noted the UAE's role in supporting global efforts to reduce the impact of climate change and achieve an integrated system for environmental sustainability.

For his part, Guterres praised the UAE's hosting of the Abu Dhabi Climate Meeting in preparation for the upcoming Summit in New York, while noting the UAE's continued support of the UN and international bodies undertaking ambitious measures to address the consequences of climate change.