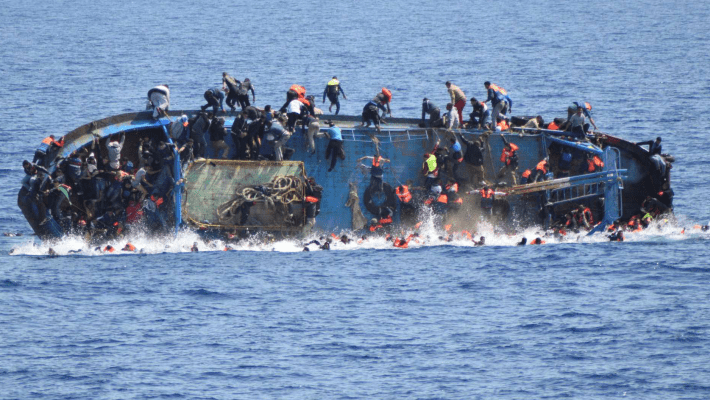 UNHCR, the U.N. Refugee Agency, and the International Organization for Migration (IOM) have said that they are “deeply saddened by the latest tragic incident at sea in which a boat reportedly carrying 84 people capsized off the coast of Tripoli, Lebanon, yesterday.”

Forty-five people have been rescued, six others, including a 40-day-old baby, have been confirmed as deceased while many remain missing. The passengers included children, women, men, and a number of elderly people. The nationalities of the passengers have not yet been confirmed.

“UNHCR and IOM are following up with the relevant authorities and are ready to support survivors and bereaved families. UNHCR and IOM will continue to work with the refugee, migrant and host communities to warn people of the dangers and risks of irregular onward movements,” they said in a statement.

“This tragic event underscores the shockingly high risks that many people are resorting to out of desperation. Shipwrecks, tragic deaths and further suffering could be avoided, but it is crucial that continuous support is mobilized to help Lebanon as living conditions worsen for refugees and Lebanese alike,” said Ayaki Ito, UNHCR Representative.

“Lebanon’s economic crisis has triggered one of the largest waves of migration in the country’s history,” said Mathieu Luciano, Head of IOM Lebanon. “Driven by increasingly desperate economic circumstances, a growing number of people are leaving Lebanon through unsafe means. Safe and legal alternatives to irregular migration are urgently needed, including support to local livelihoods and improved access to services in communities at risk.”

Lebanon has been witnessing an increase in sea departures since 2020 when 38 boats with over 1,500 passengers attempted dangerous onward journeys, over 75 percent of which were intercepted or returned. In addition to the yesterday’s incident, so far this year, at least three boats departed Lebanon, carrying 64 passengers. Two were intercepted before departing Lebanese waters.

“UNHCR and IOM advocate for the safe disembarkation of people in distress at sea and respect for the principle of non-refoulement. Individuals rescued at sea or sent back to Lebanon are provided with medical and psychosocial support and emergency assistance,” the statement said.

UNHCR and IOM also called for “continuous solidarity from the international community to ease conditions for the host community as well as refugees and migrants hosted in Lebanon.”