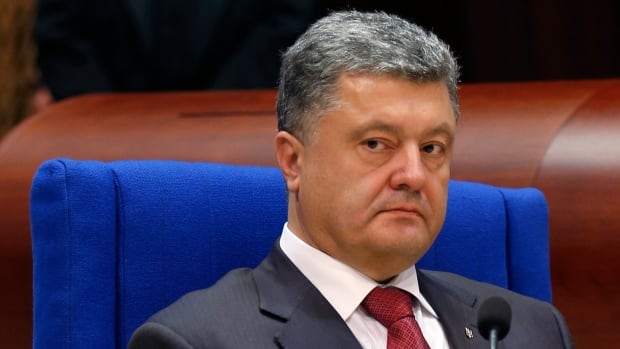 THE LEVANT EXCLUSIVE – By Julia Lugovska from Kyiv, Ukraine –After the illegal elections held on Sunday, 2 November, in Donetsk and Luhansk regions, occupied by the pro-Russian rebels, Ukrainian President has called an urgent meeting of National Security and Defense Council in order to discuss current situation and the further steps.

After the meeting Ukrainian President Petro Poroshenko announced he has ordered immediate deployment of the troops to the key Eastern and Southern cities of Ukraine, including the cities of Berdyansk, Mariupol, Kharkiv and north of Luhansk. This move is necessary in case of a new offensive of the Russia backed rebels.

Mr. Poroshenko has stated that he was still committed to his peace plan, but its key moments need to be amended due to the current events and the recent escalation.

After the Minsk Agreements about ceasefire, signed between Ukraine and pro-Russian terrorists in Belarus on 5 September, Ukrainian President has initiated a draft law about special governing regime in Luhansk and Donetsk, which meant more freedom for the local authorities after they would be elected according to the Ukrainian law. But the situation  has changed dramatically, and the elections have been held earlier than agreed and with serious violations of Ukrainian and international law and violations of Minsk agreements, as Russian troops continued entering Ukrainian territory from the East with new troops, weapons and supplies.

The polls were held amid the continuous military conflict in the zone that has already left more than 4000 people dead since April, according to the Ukrainian and UN estimations. Ukraine repeatedly accused Russia in supporting the rebels, while Russian side denies the claims. Though, Russia was the only one state to officially recognize illegal elections in Donbas region.

The ceasefire was repeatedly violated by the rebels, but Ukrainian President still tries to stay committed to the peace plan, even despite growing pressure on him within the country, as many powers and also servicemen wait decisive steps from him.

Meanwhile the fears are growing that the rebels may launch a major offensive against Ukrainian forces sometime soon, with the Russian assistance. These fears grow bigger and deeper as new reports about movements and deployments of Russian troops and military technique along the border and in the occupied Crimea appear on a daily basis.

Ukraine and its Western allies including EU and US have also condemned the recently held Donbas elections, declaring that these elections were illegitimate and risk putting in serious danger the path of dialogue and peace”, as EU Foreign Policy chief Federica Mogherini has said. The fact that Russia has recognized and supported these polls is even more worrying and dangerous. “The main risk I see now is that we close that window of opportunity for internal dialogue and for dialogue with Russia,” Federica Mogherini added.

The new Chief of NATO, Jens Stoltenberg, declared that “Russian troops were moving closer to the border with Ukraine”, what is a very worrying sign and indicates Russian unwillingness to deescalate the situation. These movements of troops and military equipment are very alarming.

Ukrainian officials have rather pessimistic scenarios of the further events due to the recent developments. At the meeting with the National Security and Defense Council Petro Poroshenko said that Ukrainian reinforcements would be deployed to the key cities of the region for the “construction of fortifications” against the “possible offensive in the direction of Mariupol, Berdyansk, Kharkiv and Luhansk”. He also said that Ukraine still supports a peace plan and will do everything possible to keep it, however, it does not mean that Ukraine won’t be ready for a possible offensive of the rebels and Russian forces in case of a pessimistic and negative scenario.

In his Monday speech addressed to the nation, Petro Poroshenko described Donetsk and Luhansk elections as a “farce at gunpoint” which will never be recognized and legitimate.

Vladimir Putin: “the good Tsar” surrounded by his “bad boyars”