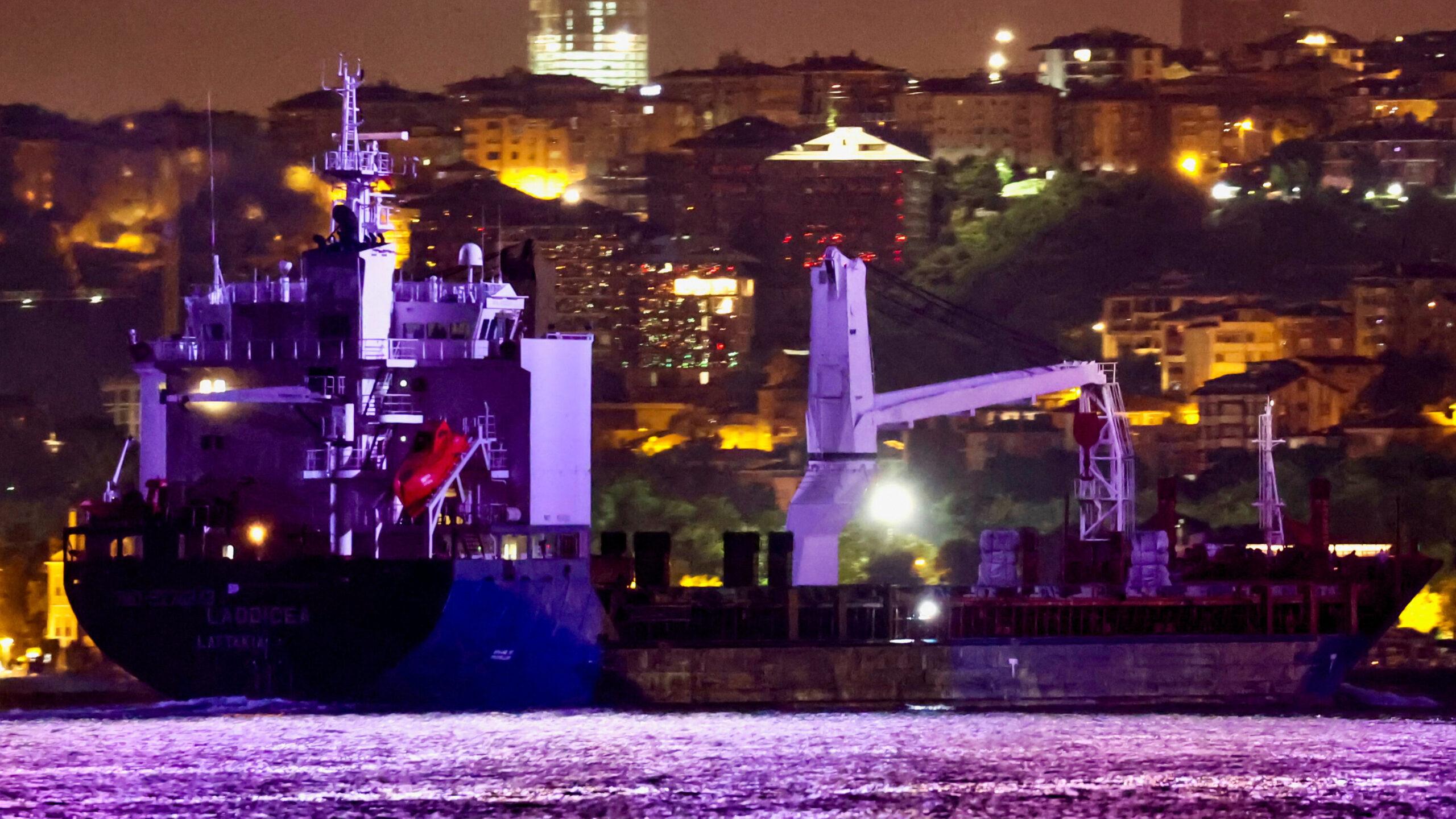 The Ukrainian Embassy in Lebanon on Friday issued a statement to clarify why it believes that flour and barley aboard a Syrian-flagged ship docked in Lebanon’s Tripoli had been “stolen” from Ukraine.

“During the Russian occupation, more than 500,000 tons of grain were stolen from the occupied Kherson, Zaporizhia and Mykolaiv region,” it said.

“There were attempts to transport most of these grains to Middle Eastern countries, including Egypt, Turkey and Syria, and attempts to transfer them to Lebanon were recorded,” the embassy added.

It said that law enforcement agencies in Ukraine have “proven the involvement of 78 ships in the illegal transportation of stolen Ukrainian grain.”

“At the same time, this list is incomplete and is constantly updated. The ship Laodicea appeared on this list,” the embassy added.

It noted that the facts of illegal exportation of grain from Ukraine were confirmed not only by law enforcement agencies, but also within the framework of journalistic investigations, as well as by the Imagining Russian Hackers initiative.

This report, https://www.russiatheftreport.com/russia-theft-report.html on page 18, refers to the Laodicea, which was registered in Feodisia on July 4, the embassy said.

“Today, a Ukrainian court judge issued a decision on the seizure of the ship Laodicea with the cargo on board. Additionally, it should be noted that this vessel is sanctioned by the United States of America and subject to Caesar Act,” it added.

By The Levant - 24 mins ago
By Courtney Doggart and Phesheya Nxumalo With the apathetic passing last month of a constitutional referendum solidifying President Kais Saied’s unchecked powers, Tunisia has confirmed its ignominious status as the biggest disappointment of the Arab Spring, having gone from a democratic success story to dictatorship in just over a decade.  As analysts and commentators lament the loss of Tunisia’s […]
Read story