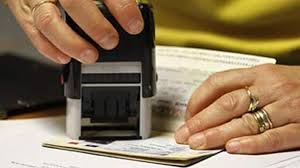 The UAE will grant a three-month general amnesty to foreign violators of the country’s residency laws starting from August 1, a senior official said on Thursday.
Brigadier Saeed Rakan Al Rashedi, Acting Director General of Foreigners Affairs and Ports Department at the Federal Authority for Identity and Citizenship, told Gulf News the amnesty will begin on August 1 and violators will have the option to either rectify their legal status through paying nominal fees, or leave the UAE voluntarily without prosecution.

“These people will also be exempt from overstay fine,” Al Rashedi said.
Al Rashedi said widows and divorcees will also be granted a special one-year visa sponsored by themselves and exempt from their overstay fines.25,000
humanitarian visas processed in the last two years
Official sources told Gulf News that authorities processed 25,000 humanitarian visas in the last two years.
“Some 12,500 people were immediately exempted from fines and the rest were partly exempted,” an official said.
The moves come against the backdrop of a Cabinet decision on visa facilitations for visitors, residents, families and people overstaying their visa to cater for a wider segment of the society.
The Cabinet has approved a new legislative package, including a review of the current residency system to allow a two-year extension of the residency period for the dependents of their parents after finishing their university studies.
A new decision has also been approved to exempt transit passengers from all entry fees for the first 48 hours. Transit visa can be extended for up to 96 hours for a fee of only Dh50. Obtaining transit visa will be facilitated by a number of express counter at the passport-control hall across UAE airports.
The Cabinet also granted people overstaying their visa a chance to leave the country voluntarily without a “no entry” passport stamp. A new 6-month visa will be introduced for job seekers who overstayed their visa but wish to work in the country.
As for Individuals who entered the UAE illegally, they will have the chance to leave voluntarily with a “no entry” stamp for two years given that they provide a valid return ticket.
Equally, in a step aimed at simplifying the process and easing the financial burden on individuals wishing to adjust or renew their visa, they can now do so for a fee without having to leave and re-enter the country.
The Cabinet’s amnesty supports the UAE’s economic competitiveness and bolsters its position as one of the best countries in the world that provides a dignified life for those looking for social and economic stability, and one of the countries that attracts the most investments and great minds, according to Ali Mohammad Bin Hammad Al Shamsi, Chairman of the Federal Authority for Identity and Citizenship.
In January, Kuwait’s announced a general amnesty that was expected to benefit nearly 130,000 illegal residents, according to its ministry of interior.
Al Shamsi added that the UAE’s policy and wise leadership have not hesitated since the inception of this young country to take into account the humanitarian aspects and noble values, so as to ensure respect for human dignity and to provide an opportunity for all those who aspire to live on this good land
Al Rashedi said the department was ready to implement the decisions of the Council of Ministers and will work diligently and round the clock to accomplish all the legal and administrative procedures required by the implementation process
Al Raseidi urged all violators, sponsors and members of the public to take advantage of the amnesty and the facilities provided by the government through this initiative—a far better than previous ones as it offers an opportunity for the offender to get a job and without having to leave the country.
He warned that missing this opportunity will expose any violation of the laws of residency in the country to legal consequences including prosecution and fines.
Al Rashedi said a toll free telephone number will be set up later to answer inquiries from members of the public about the amnesty and how to benefit from its provisions and the time granted to the violators.
Humanitarian visa welcomed by UNHCR

“This decision helps to ensure the safety of vulnerable persons unable to return to their countries of origin due to conflict or disasters. UNHCR is currently in close communication with the UAE Government with regards to the decision and will continue to do everything possible to support the relevant authorities,” UNHCR Head of Office Toby Harward (above), told Gulf News.
Harward added the world is witnessing unprecedented displacement levels for the fifth consecutive year, with over 68 million persons displaced, and more than 25 million refugees globally, half of whom are children.
“Now, more than ever, displaced persons are in need of increased support and solidarity. The international community needs to work towards more coordinated and innovative solutions to better assist people who have been forced to flee their homes and the host communities who have shown enormous levels of hospitality. The UAE Cabinet’s decision is a great example of solidarity in support of the displaced, continuing within the spirit and the values of HH the late Sheikh Zayed Bin Sultan Al Nahyan”.
The UAE pledged in 2016 to welcome 15,000 Syrian refugees, but it is not immediately known how many of them were already accepted in the country.

Singapore says Myanmar should still be blocked from ASEAN