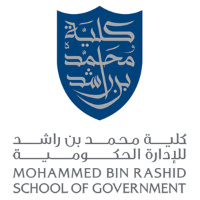 One of its main ingredient is “youth”, said Al Muhairi while speaking to delegates during a forum on advancing food security in the UAE at the Mohammad Bin Rashid School of Government (MBRSG).

“Let’s start with the youth. We need to look into how to optimise global food production, not only by using technologies and urban planning, but by getting people excited to farm at home. We will be holding long awareness campaigns and educational programmes this year, especially at schools to encourage recycling and instill this responsibility in each child, parent and family,” she said.

Al Muhairi described food security as a “complex issue,” one that cannot be resolved in a short period of time. “We cannot tackle it unless we arm ourselves with extensive knowledge of its multitude of components and insight into current realities and future trends affecting the production, procurement and stockpiling of food products to meet the growing demand sparked by the UAE’s large-scale development,” she explained.

During the forum, the MBRSG released an in-depth policy paper addressing the issue of food security in the UAE, proposing recommendations on how to enhance the policy, identifying its strong points and drawbacks, and proposing solutions to improve it.

Titled ‘Advancing Food Security in the UAE’, the paper introduces the concept of food security as defined by the international community — “as the availability, access, stability and utilisation of a country’s food system”.

“We are living in an era of rapid global economic and technological advances, and yet our findings indicate that there are still over 800 million undernourished people in the world — a number that is likely to increase as a result of climate change or conflict,” said Dr Ali Sebaa Al Merri, MBRSG’s executive president.

Where does the UAE stand?

He pointed out that the Mena region is particularly vulnerable to these challenges due to the scarcity of freshwater resources, regional conflicts, and rising temperatures, among others.

“The UAE is considered food secure due largely to its economic and political stability, but it must still address food security challenges by focusing on domestic production, high-tech agriculture, research and development (R&D), subsidisation and stockpiling policies, and food loss strategies,” said Al Merri.

The report pointed out that despite importing 80-90 per cent of its food supplies, the UAE is considered food secure due to its capacity to purchase food on the international market even if at higher costs.

However, while food security remains a concern, particularly on a long-term basis, the UAE has made substantial investments in this sector, showed the report.

The UAE is in a position to capitalise on major opportunities to boost its food security, including the diversification of its economy, the growing entrepreneurship sector, green initiatives and strategies, and new and disruptive technologies, particularly in agriculture.

However, the report highlighted the significant lack of arable land, water scarcity, hot climate and insufficient investment in agricultural research in the UAE, as major weaknesses.

The country’s high dependence on global and regional markets, coupled with population growth to 11.5 million in 2025 and increasing local food consumption by 12 per cent each year, will also place increased pressure on the UAE’s already strained food and water resources.

“Without such alignment of future strategies with research and development, future plans may lack resilience and sustainability,” she said.

However, the UAE government has set a goal of recycling 75 per cent of food waste by 2021.

■ The importance of focusing on food security policies became clear in 2007 when rising global food prices caused the UAE to struggle to secure basic commodities.

• Develop a holistic and targeted strategy that outlines specic goals for each point in the supply chain and engages all stakeholders.

• The strategy should identify key staple foods that will have priority in terms of resource and technology allocation.

• Continue incentivising research into increasing productivity, particularly through the use of new technologies.

• Invest in the development of an agricultural innovation sector that will become a global knowledge hub.

IN NUMBERS
59.2m metric tonnes
Projected food consumption in the Gulf Cooperation
Council region by 2021, a compound annual growth rate of 4.2 per cent. It was 48.1 million metric tonnes in 2016.

Five most food secure countries
US, Ireland, UK, Singapore, and Australia, according to the Food Security Index

800 million
undernourished people in the world.

70% of food imports are re-exported from the UAE.