The meeting coincided with the signing of the Abraham Accords Peace Agreement signed in Washington DC between the United Arab Emirates (UAE) and Israel on the 15th of September 2020, marking a new era of normalized relations between the two nations.

Al Habtoor and Fogel, both heads of leading diversified business conglomerates in the UAE and Israel respectively, expressed their celebration of what this new historical milestone represents.

“I have been looking forward to this day for a very long time. I have always believed that Emiratis and Israelis have a lot in common. Both peoples are business-oriented and have relied on human talent and ambition more than their countries’ natural resources to build robust, innovative economies, said Al Habtoor.

“The opportunities that this deal will present are great for both sides. I am confident this will open up new doors and lead to stronger economies, and closer cultural ties between the peoples,” he added. 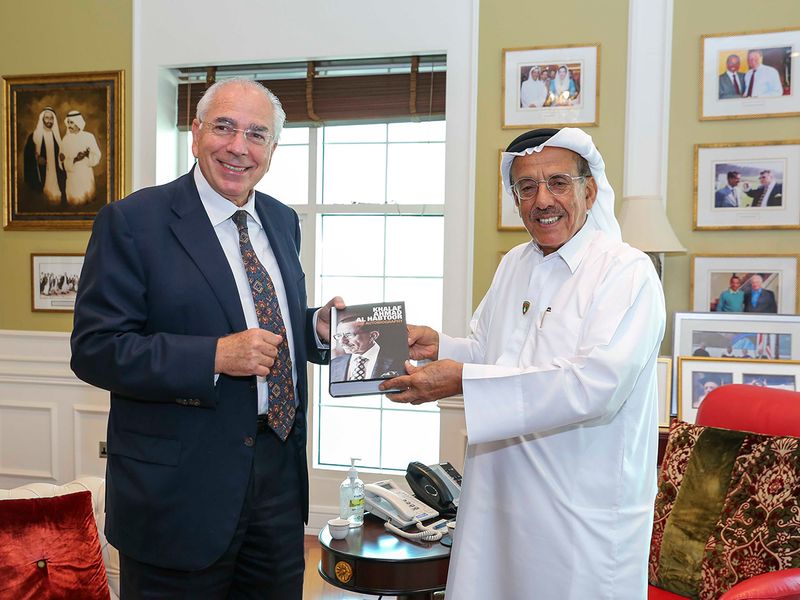 Fogel was accompanied in the meeting by Erez Katz – CEO of Ciment, Or Eyal – Fogel’s Executive Advisor, Saar Bracha – CEO of the agricultural arm, and several other executives from the Ampa Group.

“Through successful business collaboration and trade, peace will be cemented. Together with our Emirati counterparts, we will show the way to live in peace to the rest of the world,” said Fogel.

Following the meeting with Fogel, AHG Chairman revealed his plans to open a representative office in Israel, a further confirmation of his belief in the prospects this new agreement presents.

“Since the announcement of the normalization of relationships between the UAE and Israel, we have received a large number of inquiries for collaboration in several fields, ranging from AI and technology, to agriculture, hospitality and trading. The possibilities are endless for both sides in our diversified fields and new ones, and we want to be present to grasp them,” said Al Habtoor.

Al Habtoor had previously disclosed that the Group had launched talks with Israir Airlines Ltd., a domestic Israeli carrier, to open direct commercial flights, “and we are preparing to reveal a few collaborations in the coming days,” he concluded.

For many West Bank Palestinians, the olive tree is both a revered cultural emblem and …