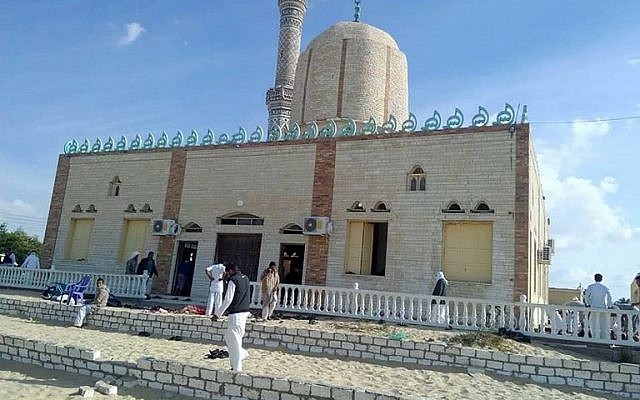 The UAE has condemned, in the strongest possible terms, the terrorist blast that targeted Al Rawdah Mosque in Bir Al Abed, North Sinai Governorate, on Friday.

Over two hundred worshippers were killed or injured in the attack.

In a statement issued on Friday, the Ministry of Foreign Affairs and International Cooperation expressed its vehement condemnation and denunciation of this terrorist act, which contravenes human values and principles, as well as the teachings of the Islamic Sharia and other religions.

"This horrible crime exposes, beyond doubt, the ugly face of terrorism that does not respect the human soul and the sanctity of places of worship. It also exposes the false allegations of extremist groups, which dons the cloak of religion to justify their barbaric acts, which Islam is innocent from," the statement said.

The statement reiterated the UAE's unequivocal stance against all forms of terrorism and called for the countries of the world to further co-ordinate and mobilise the international efforts to eradicate this dangerous scourge, which threatens international security and stability, as well as to eliminate the root causes of terrorism and dry up its sources of funding.

"While strongly deploring this criminal act and rejecting all forms of terrorism and violence, the UAE expresses its firm solidarity with and support for Egypt, in its fight against this serious crime," the statement added.

"This cowardly crime will not undermine the will and determination of the Egyptian people to pursue their fight against terrorism, which has no homeland, religion or morals," the statement emphasised.

The ministry expressed the condolences to the families of the martyrs and the government and people of Egypt while wishing a speedy recovery to those injured in the attack.