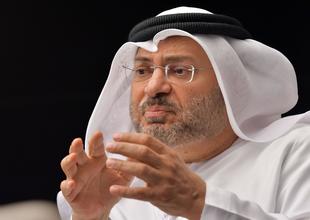 UAE rules out dialogue with Iran

The UAE on Friday ruled out dialogue with Iran, saying interference by Tehran and Turkey is destablising the region.
“It is unlikely we will have a dialogue with Iran in light of them supplying missiles to Al Houthis (in Yemen) to launch attacks on Saudi Arabia,” Dr Anwar Gargash, Minister of State for Foreign Affairs, said.

Dr Gargash made these remarks during a discussion on ‘Middle East in Turmoil: Achieving Lasting Stability’ at the annual Globsec forum in Bratislava.
Tehran is much weaker than in 2014 and 2015 because of the economic problems, following the reinstatement of US sanctions, Dr Gargash said.
He said Iran has a record of using deception in its quest to build a nuclear bomb.

Dr Gargash stressed the need to stop Turkish and Iranian meddling in the region and to strengthen the Arab unity. “There is a Turkish-led organisation funded by Qatar, which is the Muslim Brotherhood, an alliance controlled by Iran, Syrian President Bashar Al Assad, Hezbollah and Iraqi groups,” the minister said.
There is a need to strengthen the regional alliance, he said, referring to Saudi Arabia, Jordan, Bahrain and Egypt, expressing his wish to include the rest of the Arab neighbours, Dr Gargash said.