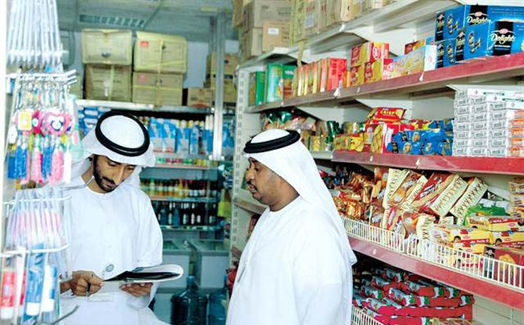 The first day of the implementation of the five per cent value added tax (VAT) in the UAE dawned with many residents taking their first purchase with VAT in stride. Value Added Tax (VAT) came into force from yesterday in the country and most of the consumers who turned up at the shopping malls said they believe the increase is noticeable.

Consumers said that for low-income people it matters, but those who earn a good amount of money it is hardly would be noticeable.

On the first day of its implementation, Gulf News visited shopping malls and retail outlets to gauge the impact of VAT.

Mohammad Mufaris, a senior supervisor in an insurance company in Abu Dhabi, shopping at Lulu in Mushrif Mall, said “We have not noticed much of a price increase though there are slight differences in the prices of some goods. We have to wait and watch until the end of the month to know how our budget has been impacted.”

Mufaris purchased food items worth Dh340.29 and was charged VAT of Dh16.22, which is clearly mentioned in the invoice.

“I believe when we buy commodities worth more than Dh1,000, then it will be noticeable. But on purchases of items worth Dh10 and Dh20, it would not be perceptible,” Mufaris of Sri Lankan nationality, said.

“[VAT] would only impact those who have minimum earnings; others wouldn’t notice it,” he added.

“I started paying five per cent and will soon charge customers too,” a grocery salesman said.

Blesen Geeverghes, Indian expatriate, believes for many people with a decent salary, VAT will be not a difficult proposition.

Mymoon Sherif, 63, Indian expatriate, said, “I have been living in the UAE for 38 years and now VAT has been introduced but we are happy that it would help support government’s infrastructure.”

In Dubai, many residents making modest grocery purchases on the first day of the new year said VAT did not necessarily affect their bottom line on the first day but others with bigger bills said they had noticed the difference in prices.

Art Los Banos, a Filipino who works as a corporate communications manager, woke up early on Monday to buy drinking water for his family.

“I bought two packs of bottled water before 8am this morning and I was surprised when the cashier’s machine read Dh17 because I saw the price tag on the shelf was just Dh7 plus per pack. The receipt showed that the two packs cost Dh16.19 and VAT is 81 fils,” the Filipino expatriate told Gulf News.

“VAT will definitely have an impact on everyone’s budget especially if one’s purchase goes up to a thousand dirhams, which means you have to forego an item costing Dh50.”

But it is well worth it in the UAE, said Los Banos.

“In fairness to the UAE government, the 5 per cent VAT is nothing compared to the many efficient services and great public infrastructure we are benefiting from. For example, today is a good time to go to the beach, which is well-maintained whichever part you visit along Jumeirah Road.”

At a petrol station in Ras Al Khor, residents were seen grabbing items off the shelves without looking at the prices or their receipts.

Indian expatriate Vibhav Prabhudesai, who works in sales, said his first purchase with VAT was petrol, then some snacks from the convenience store.

“I usually pay Dh80 to Dh85 per full tank. I didn’t feel any major change when I refuelled today. Honestly, I didn’t even take the receipt to check. But we will see if it will have a major impact in the coming days,” he told Gulf News.

“I buy these things every day. I didn’t think of the VAT’s effect because I need them,” he said.

Just ahead of him in the queue, however, were two Indian expatriates who were perplexed about why their fleet card recharge cost more now. The Filipina cashier told Gulf News that those buying items worth Dh200 and more were usually the ones who got perturbed at their total bill.

At a popular hypermarket in Al Wasl, some residents could be seen looking at their receipts and checking their purchase. Yanti Ouagus, an Indonesian expatriate, was one of them.

Arjun Karki, from Nepal, also out grocery shopping on he first day of the new year, said: “I spent Dh283, including Dh13.49 VAT, on groceries that will sustain a family of seven for maybe three days. With or without VAT, you need to buy groceries, food.”