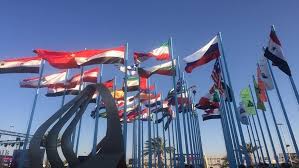 BEIRUT (Reuters) – The United Arab Emirates is set to reopen its embassy in Damascus on Thursday, the Syrian information ministry said, a move that would mark a big diplomatic boost for President Bashar al-Assad from an Arab state that once supported his opponents.

The embassy has been shut since the early months of the Syrian conflict which erupted in 2011.

There was no immediate comment from officials in the UAE. A Syrian information note to journalists invited them to cover the event at 1:30 p.m. (1130 GMT) at the embassy located in the capital’s Abu Rummaneh district.

The United Arab Emirates was one of several regional states that backed groups fighting Assad, though its role was less prominent than Saudi Arabia, Qatar or Turkey, rebel sources have said.

Nearly eight years since the conflict began, Assad has recovered control of the bulk of Syria with critical support from Russia, Iran, and Iran-backed groups such as Lebanon’s Hezbollah.

Earlier this month, Sudanese President Omar al-Bashir became the first Arab head of state to visit Damascus since the start of the Syrian conflict. The Arab League suspended Syria’s membership in 2011.

The Arab Parliament earlier this month called for Syria to be reinstated, echoing calls made in Egyptian state-run media for several months. The secretary general of the Arab League, veteran Egyptian diplomat Ahmed Aboul Gheit, in April said the decision to suspend Syria had been “hasty”.

Betrayed Macron won’t give up on roadmap, targets Hezbollah