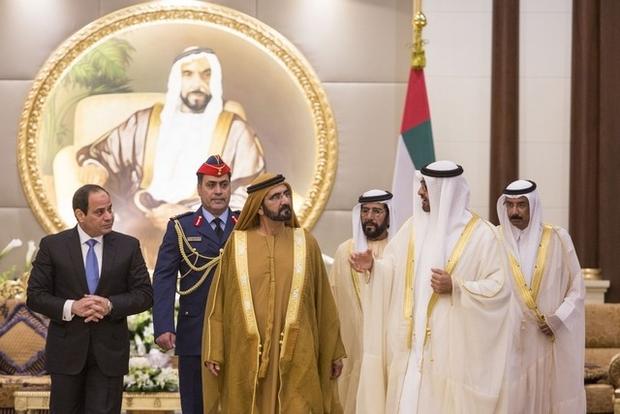 In his capacity as the Ruler of Dubai, His Highness Sheikh Mohammed bin Rashid Al Maktoum, Vice President and Prime Minister of the UAE, has signed the Public Budget Law for the year 2019, with an expenditure of AED 56.8 billion.

For the fiscal year of 2019, the Government of Dubai has maintained a budget equal to the 2018 budget, which was the largest budget in the history of the emirate, despite the economic incentive initiatives undertaken by the government during the fiscal year 2018. Planned to be offered until 2021, these initiatives involve the reduction of a number of fees to stimulate economic development in various sectors in the emirate.

In 2019, Dubai will continue supporting social services, including health, education and housing, as well as developing the Social Benefits Fund and supporting families, with the aim of making Dubai one of the most livable cities in the world.

"Dubai is committed to the continued development of its budget performance over the next few years to ensure financial sustainability and encourage entrepreneurship in the emirate through economic incentives that will contribute to attracting more investments," said Abdulrahman Saleh Al Saleh, Director General of the Government of Dubai's Department of Finance, DOF. "The Government of Dubai will continue to improve its competitive edge and achieve the targets of Dubai Plan 2021, and work to amaze the world with the best Expo ever in history."

Al Saleh further said that the Government of Dubai has been able to achieve an operating surplus of AED 850 million by adopting disciplined financial policies.

Arif Abdulrahman Ahli, Executive Director, Planning and Budgeting Sector at DOF, said, "We constantly seek to develop and review the public budget. The 2019 budget continues to meet the requirements of Dubai Plan 2021 and makes a transparent statement on the stable financial position of the Emirate through the implementation of disciplined fiscal policies based on international best practices. The 2019 budget also continues to support new initiatives within different sectors, in order to strengthen the overall economy of Dubai, in light of the broad support for initiatives and projects."

The Government of Dubai estimates that public revenues will reach AED 51 billion, an increase of 1.2 per cent year-on-year. This increase comes despite the economic incentive measures taken by the emirate's government, which features reduction of some fees, a freeze in fee increases for three years, and a decision to not impose any new fee without providing a new service.

Jamal Hamid Al Marri, Executive Director, Central Accounts Sector at DOF said, "We have come up with big initiatives to consolidate development and innovation through the provision of smart collection and smart financing programmes and the development of a financial data platform that will contribute to the availability of financial data for government entities, businesses and individuals."

The budget for the 2019 fiscal year has been driven by the same objectives as the 2018 budget, the largest in the emirate’s history. It is driven by population growth, the benefits of hosting Expo 2020, the continuous development of infrastructure, the objectives of Dubai Plan 2021, and the commitment to raise the happiness and wellbeing of the citizens and residents of Dubai in line with the directives of His Highness the Ruler of Dubai.

The 2019 budget will create 2,498 new jobs as part of the government's strategy for job creation. Salary and wage allowances within the budget account for 32 per cent of total government spending.

Public and administrative expenditure as well as grant and support expenditure account for 47 per cent of total government expenditure. These expenditures saw a five percent year-on-year growth as part of the commitment to provide the best health, education and social services to citizens, improve the level of public services and the policy to promote innovation and creativity.

The Government of Dubai has dedicated AED 9.2 billion to develop infrastructure projects and prepare for future commitments, as well as support the completion of some projects, the activation of the Public Private Partnership Law and the development of project financing mechanisms through long term financing.

The budget for the fiscal year 2019 demonstrates the government's commitment to promote human resources, the real wealth of the nation, as per the directives of His Highness Sheikh Mohammed bin Rashid Al Maktoum. Spending on the social development sector in the areas of health, education, housing, women and children's care, as well as reading, translation and programming initiatives, represents 33 per cent of total government spending.

The government's commitment to enhancing the security, justice and safety sector is reflected in the allocation of 22 per cent of total expenditure to this sector. This allocation is aimed at supporting this sector and increasing its ability to perform professionally and proactively. This sector has become a source of pride for the emirate globally.

Dubai's commitment to the continued development of the economy, infrastructure and transportation sector has had the biggest impact on the UAE's global position, with 40 per cent of total spending. This demonstrates the emirate’s keenness to deal with future commitments, support entrepreneurship and create an incubator environment for microenterprises.