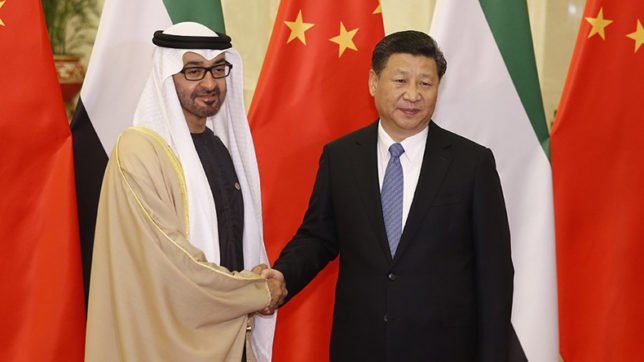 Businesses in the UAE should expect to be among key beneficiaries of any anticipated boost to economic activity generated by the development of China’s Belt & Road Initiative through the Middle East, said HSBC UAE CEO Abdul Fattah Sharaf at a conference on “The New Global Trade Order”.
“It is fitting that a dialogue on the New Global Trade Order is happening here in the UAE, which is the gateway to growth in the Middle East and beyond and which World Bank data shows is a crucial meeting point for two-way trade worth $570 billion (Dh2.09 trillion) with Asia, Europe, Africa and the Rest of the World,” Abdul Fattah said.

“The UAE is home to the world’s busiest port outside of Asia and a key connection point for China’s Belt & Road Initiative (BRI), which is vital as investment flows from China through the UAE to the rest of the world accelerate,” he added.
HSBC’s Trade Navigator report published earlier this month revealed that 77 per cent of UAE businesses responding to the survey expect trade volumes to grow over the coming 12 months and almost two thirds of respondents (62 per cent) expect to see a jump in services trade, with China forecast to be a top three import and export partner for firms in the UAE between now and 2030.
The report highlighted the UAE’s status as a strategic trade hub over the long term and urged companies to evaluate how they can maximise benefits from trade initiatives, including BRI, given the UAE’s strong existing ties — and free trade agreements — with economies in China, the European Union and beyond.
“The New Global Trade Order” conference was organised by UK-based think tank Asia House, and followed an earlier event hosted in Hong Kong.