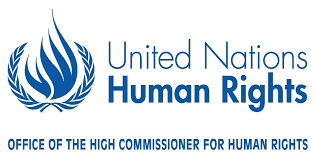 The United Arab Emirates announced on Wednesday a voluntary contribution of US$1.5 million to support the programmes and activities of the Office of the United Nations High Commissioner for Human Rights, OHCHR.

The announcement was made by Ahmed Abdul Rahman Al Jarman, Assistant Minister for Human Rights and International Law at the Ministry of Foreign Affairs and International Cooperation while speaking at the High Level Segment of 40th session of the Human Rights Council being held in Geneva in the presence of Obaid Salem Saeed Al Za’abi, UAE Permanent Representative to the UN Office in Geneva.

He also pointed out that the UAE is striving to stimulate various initiatives that serve humanity and achieve stability, prosperity and comprehensive development on a sustainable basis for countries and societies. In this context, the country hosted the Abu Dhabi Sustainability Week this month under the theme of ‘Industry Convergence: Accelerating Sustainable Development’, sustainable development”.

Al Jarman also reviewed the various achievements made by the UAE in the area of ​​empowering women in order to affirm its pioneering and influential role in all vital sectors in the country, as well as in the field of child protection through strengthening the legislative system on the rights of the child.

At the international level, he stressed the UAE’s position on international conflicts, particularly in the Middle East, which considers that the political solution to the crises that afflict the region is the most effective way to restore security and stability.

He also reiterated UAE’s firm stance towards the Palestinian issue, noting that achieving a comprehensive and lasting solution and the establishing an independent Palestinian state on the borders of 4th June 1967, with East Jerusalem as its capital, in accordance with the resolutions of international legitimacy and the Arab peace initiative is the only way to achieve peace.

Regarding the situation in Yemen, the UAE’s statement affirmed that the political solution is the only solution to end the Yemeni crisis, based on the three agreed terms of reference of the GCC initiative and its executive mechanisms, the outcomes of the National Dialogue Conference and Security Council Resolution 2216.

On the same note, Al Jarman welcomed the positive outcome of the political consultations that took place between the Yemeni parties in Sweden in December 2018 and the results of the Stockholm Agreement.

The statement also referred to the Syrian crisis, stressing that regional interventions in this country undermine the political solution that preserves the unity and integrity of the Syrian territories. The UAE affirms its support for the UN efforts to reach a peace agreement in Syria. It is in this context, the UAE announced the reopening of its embassy in Damascus and the resumption of its political and diplomatic work.