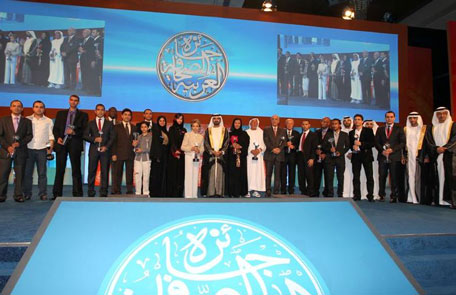 His Highness Sheikh Mohammed bin Rashid Al Maktoum, Vice President, Prime Minister and Ruler of Dubai, honoured the winners of the 18th edition of the Arab Journalism Award at a ceremony held at the conclusion of the Arab Media Forum (AMF) 2019.

The award ceremony started with a short video about recent events worldwide. Singer Latifa sang a song on the pain caused by terrorism the world over, whose lyrics were written by His Highness Sheikh Mohammed bin Rashid Al Maktoum.

Since its inception, the Arab Journalism Award has honoured 260 talented journalists in the media industry from across the Arab region.