The leaders discussed a number of regional and international issues of mutual concern, focusing on the latest regional developments, interventions in the region and their negative effects on security and stability in Arab countries.

The leaders explored ways to combat terrorism and extremism and to dry up sources of terrorism financing. 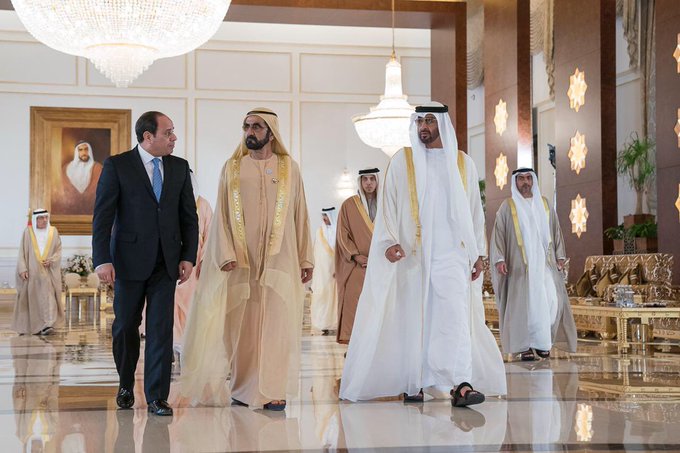 .@HHShkMohd and @MohamedBinZayed welcome Egyptian President as he arrives in Abu Dhabi for a state visit. #UAE

The talks touched on the solidity and importance of UAE-Egypt coordination, which has proved its effectiveness in the face of crises and unprecedented challenges threatening the region’s security and stability and destroying its abilities and achievements. 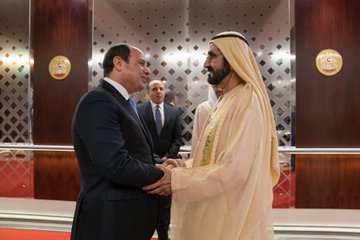 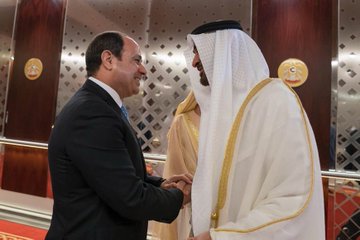 #Mohammed_bin_Rashid and #Mohamed_bin_Zayed receive #Egyptian_President upon his arrival at Presidential Flight, Abu Dhabi, on a working visit to the #UAE.#wamnews

Regional interference in Arab countries’ domestic affairs, in addition to terrorism, violence and extremism that undermine the region’s stability were highlighted during the meeting.

They expressed their confidence in the ability of Egypt and its people to counter terrorism and press ahead with its drive of development.

The Egyptian president expressed his happiness at visiting the UAE and praised the UAE’s role in supporting and enhancing joint Arab action and facing challenges experienced by the Arab region at this critical stage. “The Egyptian-Emirati relations set a model of strategic cooperation between Arab countries,” the Egyptian leader said.