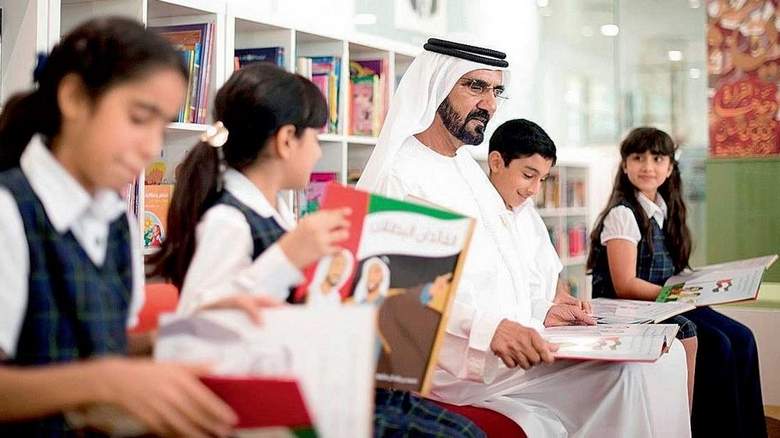 The activities of the National Reading Month will begin tomorrow around the country, in line with the decision of the UAE Cabinet to allocate March as the annual month of reading.

The National Reading Month reflects the efforts of the UAE’s leadership, headed by President His Highness Sheikh Khalifa bin Zayed Al Nahyan, and his brother, the Vice President, Prime Minister and Ruler of Dubai, His Highness Sheikh Mohammed bin Rashid Al Maktoum, to establish the culture of science and knowledge.

The month is an opportunity to strengthen the country’s reading culture, which is key to creating the individual and a source of motivation.

Federal, local and private authorities announced initiatives to mark the month, such as activities that aim to strengthen the culture of reading among the entire community.

The UAE also launched many initiatives to generate interest in reading, with which regains its regional and international stature.

The date, 5th December, 2015, is a defining day for science and reading, when the UAE Cabinet allocated, under directives of President His Highness Sheikh Khalifa, 2016 as the Year of Reading.

After the initiative’s launch, President His Highness Sheikh Khalifa said, "We declared 2016 as the Year of Reading because reading is a key skill for a new generation of scientists, intellectuals, researchers and innovators."

His Highness Sheikh Mohammed bin Rashid also ordered the implementation of the directives of President His Highness Sheikh Khalifa, as well as the formation of a supreme committee to supervise the Year of Reading, which includes relevant government officials and leading national cultural and academic figures.

On 3rd May 2016, also a historic moment, President His Highness Sheikh Khalifa ordered the implementation of legislative procedures to prepare a law related to reading, titled, the "Law of Reading."

His Highness Sheikh Mohammed adopted the "National Strategy for Reading 2026," which includes 30 national directives related to the sectors of education, health, culture, community development and the media.

In a unique initiative, President His Highness Sheikh Khalifa issued, on 31st October, 2016, the first law of its kind related to reading, which established legislative frameworks, executive programmes and government responsibilities, to promote reading around the country in a sustainable way, as part of a social and legislative policy that is unprecedented in the region.

One comment on “UAE to launch its National Reading Month”