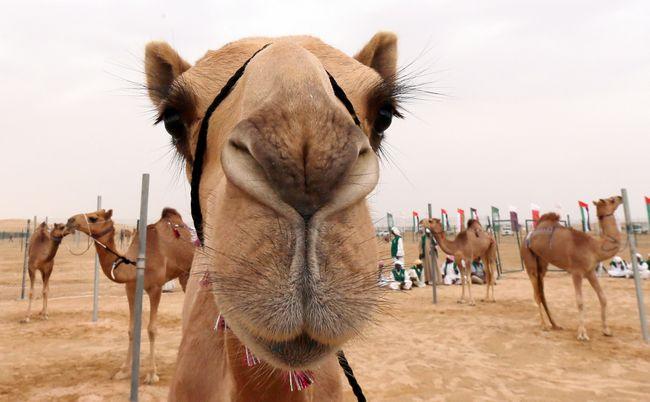 The UAE will participate in an annual festival in Morocco, which celebrates a vibrant Bedouin culture.

The 15th Tan-Tan Moussem in Morocco, themed 'Tan-Tan Moussem: Hosting the Global Nomadic Culture', will be held from14th to 19th June, under the patronage of His Majesty King Mohammed VI, King of Morocco.

For the sixth year in a row, the UAE will set up a pavilion supervised by the Cultural Programmes and Heritage Festivals Committee - Abu Dhabi, in cooperation with several other official institutions, such as the General Women’s Union and the Camel Racing Federation that aim to preserve cultural heritage.

Major General Faris Khalaf Al Mazrouei, Chairman of the Cultural Programmes and Heritage Festivals Committee, said the UAE is keen to participate in international events and festivals to showcase its heritage and culture, and promote dialogue, understanding and tolerance among various religions and cultures.

He said the UAE's participation this year coincides with the Year of Tolerance and aims to promote cultural diversity and openness.

"This will also highlight the historic relations between the UAE and Morocco, the foundations of which were established by the late Sheikh Zayed bin Sultan Al Nahyan and the late King Hassan II. The relations are further progressed and advanced under the leadership of President His Highness Sheikh Khalifa bin Zayed Al Nahyan, and King Mohammed VI, and with the support of His Highness Sheikh Mohamed bin Zayed Al Nahyan, Crown Prince of Abu Dhabi and Deputy Supreme Commander of the UAE Armed Forces," Al Mazrouei added.