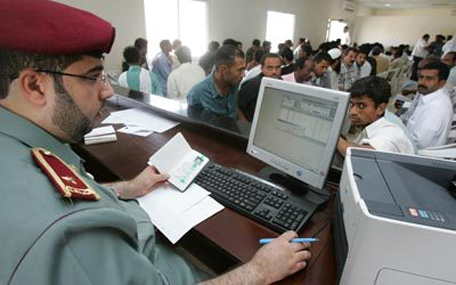 In a major decision, the UAE on Monday announced a one-year residency visa and exemption from accumulated fines to citizens of countries affected by wars and natural calamities.

The decision was cleared in a Cabinet meeting chaired by His Highness Shaikh Mohammad Bin Rashid Al Maktoum, Vice-President and Prime Minister of the UAE and Ruler of Dubai, official news agency WAM said.

The citizens of countries affected by wars and disasters will be able to get the one-year residency visa regardless of their residency conditions during a renewable period from August 1 to October 31, the agency said quoting the Cabinet.

Dr Hanif Hassan, Chairman of the Geneva Centre for Human Rights Advancement and Global Dialogue, told Gulf News: “The move is yet another humanitarian initiative by the UAE, which aims at relieving the suffering of people of war-torn countries. The UAE is called home by hundreds of thousands of people who fled their countries because of wars and turbulence. They lead a life of dignity and enjoy the same rights of Emirati citizens. The initiative is particularly praised as it coincides with the Year of Zayed.”

In his comments, Major-General Mohammad Ahmad Al Merri, Director General of General Directorate of Residency and Foreigners Affairs (GDRFA) said: “It is a humanitarian decision to enhance the stability for these citizens who seek a safe place to live until their conditions improve or have a chance to live in peace in their home countries. The UAE is a safe country and it’s a dream for many people to live.”

The decision, which also exempts them from fines, comes in light of ongoing efforts to strengthen the UAE’s position as an incubator for the peoples from various countries in the world and a second home for all nationalities from various spectra.

The Cabinet said the move complies with the UAE’s approach to help the needy and vulnerable people in different countries across the world. The move emphasises the UAE’s keenness to lay the foundations for development, security, stability and peace in the world, based on its deeply rooted principles and responsibility,  especially towards people in its Arab and Gulf surroundings in supporting and assisting brethren and people in need worldwide, it said.

Previous Full list: Jewellery shops offering up to 80% off in Dubai
Next Pact to empower UAE’s future leaders in Artificial Intelligence