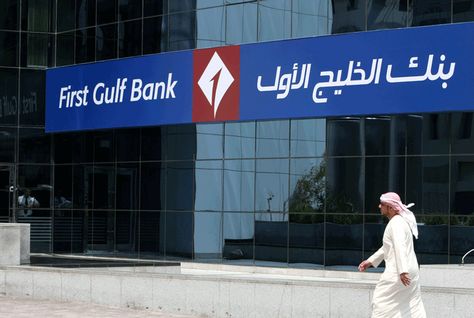 ‘Cautious optimism’ and ‘resilience’ were the favourite phrases of UAE bankers and banking sector analysts in 2017. Early bank results show that, despite the economic challenges, most banks have been more than resilient.

A few banks that have declared their results show their cautious approach in areas such as cost management, improved underwriting standards and lower provisions have helped their full-year financial performance.

Banking sector analysts believe endowment effects (the effect of higher interest rates on net interest margins as interest-generating assets are larger than interest-bearing liabilities) have been a supporting factor in higher profitability of many UAE banks in 2017. Going forward, they expect banks to benefit from higher interest rates.

Overall, banking sector analysts expect NPLs to decline, positively impacting profits. “Bad debt charges are expected to improve by 50bps year on year in 2017 in the UAE though remains the highest in the GCC at 141bps. The decline reflects a better functioning of the credit bureau, slight relaxation in lending standards to the troubled SME sector, a weaker USD [9 per cent lower on trade-weighted basis] and a pick-up in business momentum. For FY 18e, we pencil in further reduction of 19bps y/y to 122bps in UAE,” said Jaap Meijer, Director of Research and Arqaam Capital.

The third quarter 2017 saw leading UAE banks reporting robust improvement in performance with overall profitability and return on equity (RoE) higher than in in the first two quarters according to an analysis of key performance metrics by global professional services firm Alvarez & Marsal (A&M).

Almost all of the metrics applied by A&M in their analysis had shown improvement quarter on quarter, suggesting that banks have successfully adapted to the market conditions created by a lower oil price environment, growing their loan books and are continuing to manage their costs sensibly.

Early results for the full year indicate that Dubai-based banks show the strongest balance sheet growth, whilst benefiting from the strongest normalisation in credit charges, with a sharp acceleration in earnings growth. Results for the full year also show that the banks kept up the momentum in credit growth and improvement in margins, thanks to lower costs, improved asset quality and higher interest rates. The underlying themes for the full-year results has been a steady rise in profitability, on the back of an increase in financing, and a rise in yield on credit. The result was higher levels of interest income and, with costs remaining steady and a lower cost of funding, banks saw higher returns on equity.

Emirates NBD (ENBD), the first among the leading UAE banks to declare the full-year results, reported a record net profit of Dh8.35 billion in 2017, up 15 per cent year on year, driven by higher income and lower provisions.

Net interest income grew by 7 per cent in 2017 to Dh10.78 billion due to loan growth and the positive impact of recent interest rate rises. Net interest margins showed a growing trend in 2017 helped by rate rises and an improvement in funding costs. Non-interest income increased 1 per cent during the year as higher foreign exchange and derivative income offset lower income from the sale of properties.

Costs for the full year 2017 amounted to Dh4.84 billion, an improvement of 1 per cent over the previous year, helped by a containment in staff costs following cost control measures implemented in 2016. The rise in marketing and IT costs relates to our planned investment in digital and technology refresh.