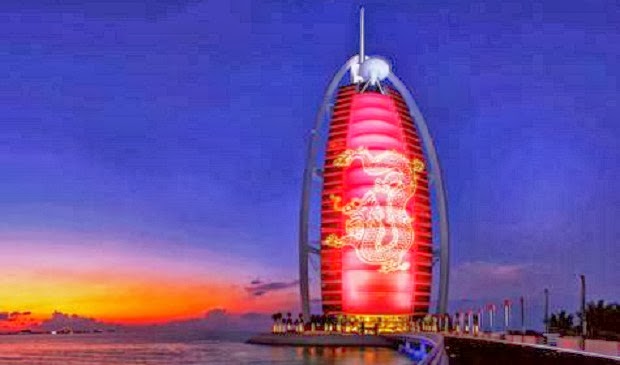 As the curtain draws to a close on the last hours of 2018, it is indeed worth reflecting on the highlights of this past year and the opportunities brought to this nation by its close and cordial relationship with the people of China, an editorial in a local English language daily has said.

The editorial, in today's edition of Gulf News, said, "During these past 12 months, the relationship between the UAE and the government in Beijing has been sealed firmly by the state visit of President Xi Jinping and his accompanying delegation here in mid-July.

The paper continued, "Both the UAE and China share a strong political determination to benefit from mutual cooperation and integration and our nations together share many common ties and goals. Trade between the UAE and China is worth $55 billion (AED202.29 billion), and China’s foreign direct investment in the UAE was valued at $9.1 billion by the end of 2017, spread across sectors including oil, gas, infrastructure, finance, construction, telecommunications, trade and other sectors.

"China’s Belt and Road Initiative is bringing economic prosperity across Asia and there’s an economic synergy that benefits the UAE too. DP World, for example, has about 20 terminals that could take advantage of the Initiative, including six in South Asia, four in China and others in Thailand, Vietnam, South Korea and Indonesia. It is also contributing to the development of the Khorgos Eastern Gate terminal near the China-Kazakhstan border. In July 2017, Abu Dhabi Ports signed a 50-year Musataha agreement with China’s Jiangsu Provincial Overseas Cooperation and Investment Company Limited for setting up projects in the Khalifa Port Free Trade Zone.

"Our two nations also share a political and economic consensus and a strong foundation for projects in the field of energy, technology and infrastructure. The UAE also provides visa on arrival to Chinese nationals, an initiative that has greatly increased that nation’s impact on our tourism and cultural sectors.

"Make no mistake, the relationship between the UAE and China is strong, deep and flourishing and both nations share a common vision when it comes to reaching out to the world and building prosperity based on the free and unfettered movement of goods, trade and commerce.

"There is also recognition that the UAE is the global gateway to the markets of the Arabian Gulf and the wider Middle East for our friends in Beijing, their enterprises and their entrepreneurs. We are ideally located to promote trade and commerce as vehicles to provide economic growth, peace, prosperity and harmony for all.

"While there are challenges in the coming year to ensure that the strong and dynamic growth of the Chinese economy continues, rest assured that China has an ally in the UAE, and friends across the Middle East. It is a relationship that others could indeed follow and benefit from," concluded the Dubai-based daily.