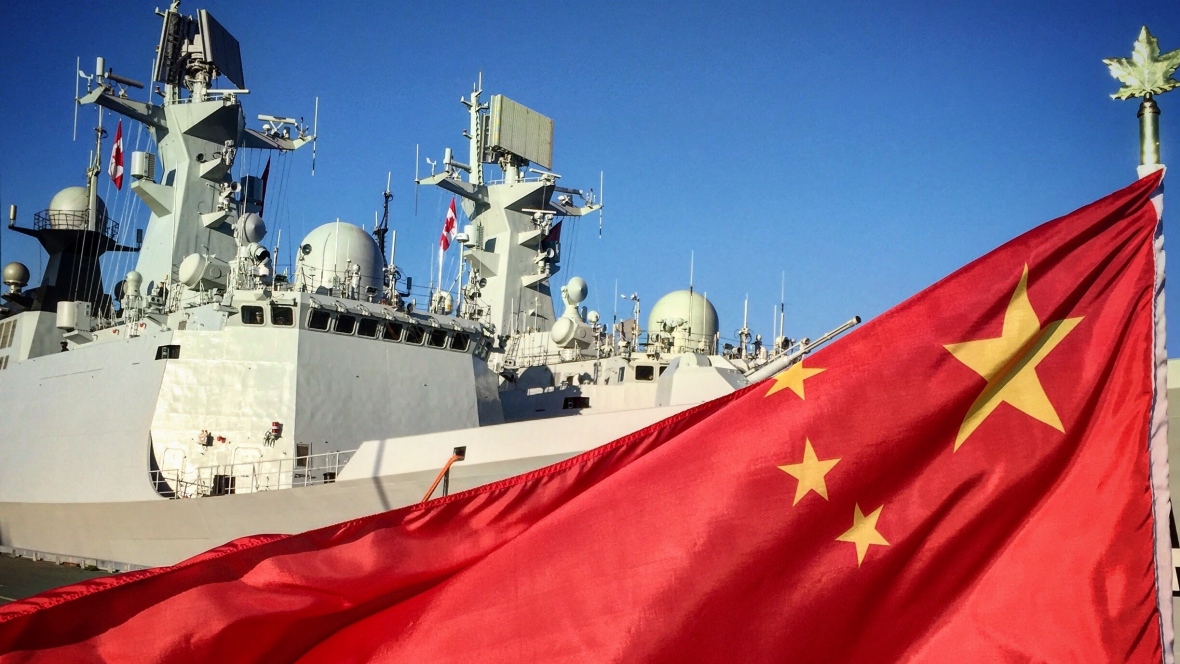 The U.K. has only recently rolled out the largest warship the country has ever produced, testing the massive aircraft carrier's sea legs off the coast of Scotland, but already the British navy has a destination in mind for the HMS Queen Elizabeth and its still-to-be-named sister ship: the disputed waters of the South China Sea.

During a speech Thursday in Sydney, British Foreign Minister Boris Johnson promised that the carriers would be sent on a "freedom-of-navigation operation" through the sea, where China has lately been pressing its territorial claims.

"One of the first things we will do with the two new colossal aircraft carriers that we have just built is send them on a freedom-of-navigation operation to this area to vindicate our belief in the rules-based international system and in the freedom of navigation through those waterways which are absolutely vital for world trade," Johnson announced.

Johnson delivered his remarks after a meeting with his Australian counterpart, Julie Bishop, and the two countries' defense ministers — though Britain's defense minister, Michael Fallon, cautioned that the fledgling ships would not immediately be setting sail.

"We hope to send a warship to region next year," he told Reuters on Thursday, adding: "We have not finalized exactly where that deployment will take place but we won't be constrained by China from sailing through the South China Sea. We have the right of freedom of navigation and we will exercise it."

The planned display of maritime strength is likely to come as unwelcome news to Beijing, which bristled at a similar maneuver conducted earlier this month by the U.S. Navy. The Chinese Foreign Ministry denounced the presence of an American destroyer near the sea's Paracel Island chain, which China has claimed for its own, as "a serious political and military provocation."

China has informally asserted its sovereignty over large stretches of the South and East China seas, establishing military outposts and even artificial islands to project power in waters claimed by at least a half-dozen countries. In 2016, a tribunal in the Hague rejected China's claims as having "no legal basis" — but China refused to accept the ruling and, as NPR's Anthony Kuhn predicted at the time, it has proved "all but impossible to enforce."

These are the approximate claims by China and other countries. In many cases, countries are intentionally vague about the extent of their claims.

In the meantime, China has conducted a two-pronged campaign to buttress its influence in the waters — encouraging its citizens to travel to the disputed islands with attractions, such as a brand-new cinema, and building up its own military presence there.

Which is one reason why Australia, like many of China's neighbors, has cast about for support in the disputed region. Bishop embraced the possibility of increased British intervention in the area.

"We had a long discussion about the Pacific and the opportunities for deeper British engagement in our part of the world," she said. "We also see the United Kingdom as being a natural partner with us in the development and security of the Pacific."

During a question-and-answer session after his speech, Johnson softened his stance a bit. The aircraft carriers "are coming, they are coming," he said — but "don't expect them tomorrow."

Still, he made quite clear Thursday what this promised voyage is intended to signal.

"If you look at those vessels, you'll see that they are not only longer than the entire Palace of Westminster, but I think you'll agree they are more persuasive than most of the arguments deployed in the House of Commons," he said. According to The Guardian, he added "And we pledge to do this not because we have enemies in the region ... but because we believe in upholding the rule of law."