THE LEVANT – Turkey’s parliament Thursday authorised military action against the Islamic State jihadist group, whose fighters have battled their way to the doorstep of a key town across the border in Syria.

The move allows the deployment of armed forces in Syria and Iraq, as well as the transit of foreign forces in Turkish territory for operations against IS militants.

The broad mandate does not commit Turkey to sending soldiers into the two neighbouring countries, where IS has captured large areas, declaring an Islamic “caliphate” and committing widespread atrocities.

Washington has been striving to build an international alliance against the jihadists. Five Arab nations have participated in the strikes on Syrian soil while the same number of European countries have committed aircraft to Iraq.

Fresh US-led raids in Syria on Thursday destroyed an IS checkpoint near the besieged Syrian border town of Kobane and hit two tanks elsewhere, the Pentagon said.

In Iraq, coalition air strikes hit a number of IS vehicles as well as a building used by the jihadists.

Despite the air support, the fightback is proving slow.

At least 17 members of the Iraqi security forces were killed along with 40 jihadists in overnight attacks on two security force bases in the west of the country.

Kurdish militiamen, meanwhile, were locked in fierce fighting to prevent Kobane — also known as Ain al-Arab — from falling to IS.

Heavy mortar fire around the town was heard across the border, an AFP correspondent reported.

“There are real fears that the IS may be able to advance into the town of Kobane itself very soon,” the Syrian Observatory for Human Rights monitoring group warned.

The town would be a major prize for IS, giving it unbroken control of a long stretch of the border.

A Kurdish official inside Kobane acknowledged that the better armed IS fighters had advanced during the night.

“They are closer, two to three kilometres (less than two miles) in some places,” Idris Nahsen told AFP by telephone.

“Compared to IS, our weaponry is simple. They have cannons, long-range rockets and tanks.”

The UN human rights chief described the array of violations and abuses perpetrated by IS and associated groups as “staggering”.

“Many of their acts may amount to war crimes or crimes against humanity,” Zeid Ra’ad Al Hussein said.

His office accused the jihadists of crimes “on a massive scale,” including beheadings, abductions, torture and forcing women and young girls into sexual slavery.

As the jihadists neared the outskirts of Kobane, there was a quickening of the exodus of civilians which had already seen tens of thousands take refuge across the border in Turkey.

US eyes air base

The United States is pressing Ankara for the use of the Incirlik air base in southern Turkey by US jets launching assaults on IS in Syria.

But it is unclear if Turkey will allow the transit of lethal weaponry and may restrict the authorisation to humanitarian aid and non-lethal supplies.

Turkish President Recep Tayyip Erdogan pressed the West on Wednesday to find a long-term solution to the crises in Syria and Iraq, saying dropping “tonnes of bombs” on IS would provide only temporary respite.

US officials kept up their warnings that such a solution would take time.

Retired US general John Allen, who is leading the international effort against IS, told CNN “it could take years” to train a Syrian rebel force to take on the jihadists.

Allen arrived in Iraq Thursday to meet government officials and regional leaders on the fight against IS, the US State Department said.

Washington is counting on defeating IS fighters first in Iraq through a combination of Kurdish forces, Iraqi army troops, Shiite volunteers and a militia or “national guard” of Sunni Arab tribes — which does not yet exist.

In Syria, the US is pinning its hopes on training and arming a new rebel army composed of vetted “moderate” recruits, at a rate of about 5,000 fighters a year. 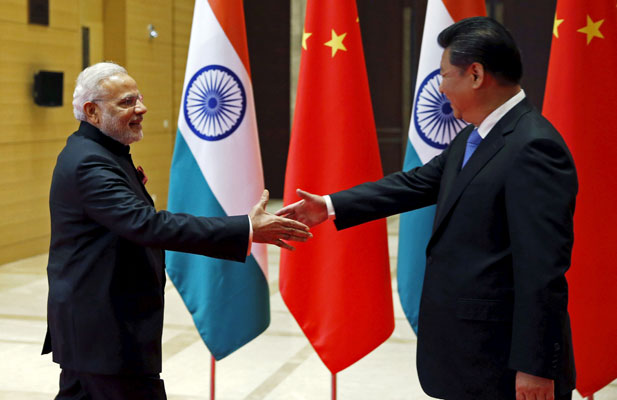