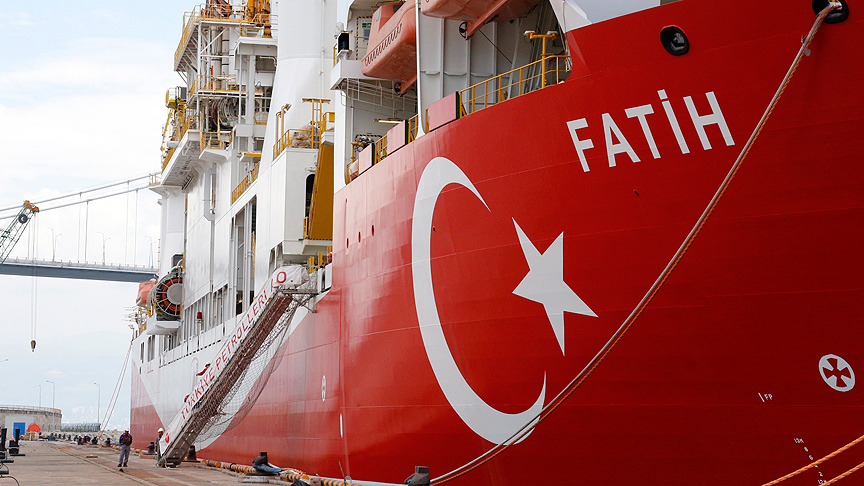 A Turkish ship will start drilling for oil and gas in the Mediterranean on Wednesday, Energy Minister Fatih Donmez said, a move that could create tensions with neighboring Cyprus and Greece over jurisdiction.

Attempts to tap gas and oil in the eastern Mediterranean, along with a dispute over Greece’s maritime borders, have recently caused friction between Athens and Ankara.

Turkey and the internationally recognized Greek Cypriot government in Cyprus have overlapping claims of jurisdiction for offshore oil and gas research in the eastern Mediterranean, a region thought to be rich in natural gas.

Speaking at a ceremony for the launch of the drilling ship “Fatih”, Donmez said it would begin drilling at the Alanya-1 borehole, located 100 kilometers (60 miles) off the southern province of Antalya and 60 kilometers off Antalya’s Alanya district.

“Turkey has set its main goal as independence in energy,” Donmez said. “We don’t have an eye on others’ resources, our only issue is to present to our people the riches within our territory.”

The first borehole will be some distance from the disputed territory, which lies further south and around Cyprus.

Turkey is almost completely reliant on imports to meet its energy needs and the lira’s tumble against the dollar this year has driven up that cost, putting pressure on energy companies to raise prices for consumers.

Donmez said on Tuesday that Turkey was also very close to buying another drilling ship.

Turkey warned Greece last week to stay out of its activities in the eastern Mediterranean, heralding a potential showdown with Cyprus.

Breakaway north Cyprus, which is supported by Turkey, says any offshore wealth also belongs to them, as partners in the establishment of the Cyprus republic in 1960.

Greek Cypriots, who run the island’s internationally recognized government, say any future benefits of gas finds will eventually be shared by all Cypriots.

The island was split in 1974 after a Turkish invasion triggered by a brief Greek-inspired coup. Countless peacemaking endeavors have failed, and offshore wealth has increasingly complicated peace negotiations even though Greek Cypriots say that matter is not up for discussion.