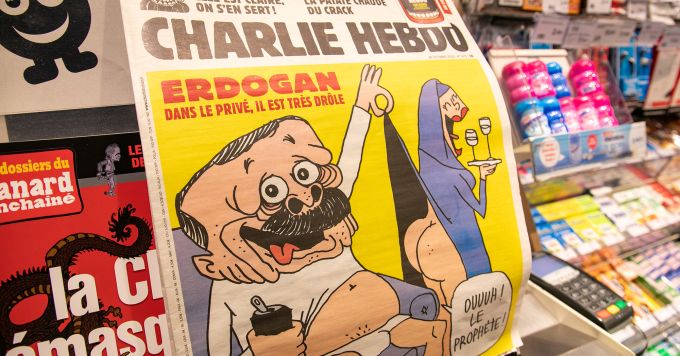 Leading Turkish actor Genco Erkal, 83, announced on Saturday that he is facing an investigation for exercising his freedom of expression.

Erkal, an outspoken government critic, is being investigated for “insulting the Turkish president” and will give his testimony on Monday.

His social media postings on Twitter since 2016 are being examined, Erkal said, without giving further details.

“Insulting the president” has become a widespread excuse for launching investigations against prominent popular figures, with several top actors and musicians being investigated despite their age.

Charged with “insulting the president publicly” over critical remarks made during a TV program, veteran actors Mujdat Gezen and Metin Akpinar attended three hearings this year but were acquitted.

On the program, 79-year-old Akpinar blamed the social polarization in the country on the ruling Justice and Development Party (AKP) and said that “maybe leaders could be hung from their feet or poisoned in cellars” if Turkey’s democratization process couldn’t be achieved peacefully.

Genco Erkal, one of the most popular stage actors and theatre directors in Turkey, has claimed in speeches that playwrights were censoring their plays to receive financial support from local municipalities and said that his award-winning theater, Dostlar (Friends) Theatre, had not received any support for years because of the support he gave to the anti-government Gezi protests in 2013.

Dostlar Theatre, founded in 1969, is known for staging plays that are critical of the government’s political line and that try to raise social awareness on specific topics.

In his Twitter posts, Erkal criticized the wrongdoings of the government and highlighted social problems.

Even at his age, Erkal still organizes countrywide tours each year to reach a wider audience in every province of the country and has staged a critical play — “On Living” — about the late Turkish poet Nazim Hikmet.

Erkal recites one of Hikmet’s poems when on tour: “Living is no joke, you must live with great seriousness like a squirrel, for example, I mean expecting nothing except and beyond living, I mean living must be your whole occupation.”

An administrative court in Ankara ruled in 2014 that the refusal of the Ministry of Culture and Tourism to offer funding to Erkal’s theater was “against the principles of justice and equality.”

Turkey ranked 154th out of 180 countries in the 2020 Reporters Without Borders’ press freedom index.

Between 2014 and 2019, Turkish authorities launched 128,872 investigations into insults against Erdogan, and Turkish courts sentenced 9,556 of those charged with insulting the president, including politicians, journalists, actors, elder people and even children.