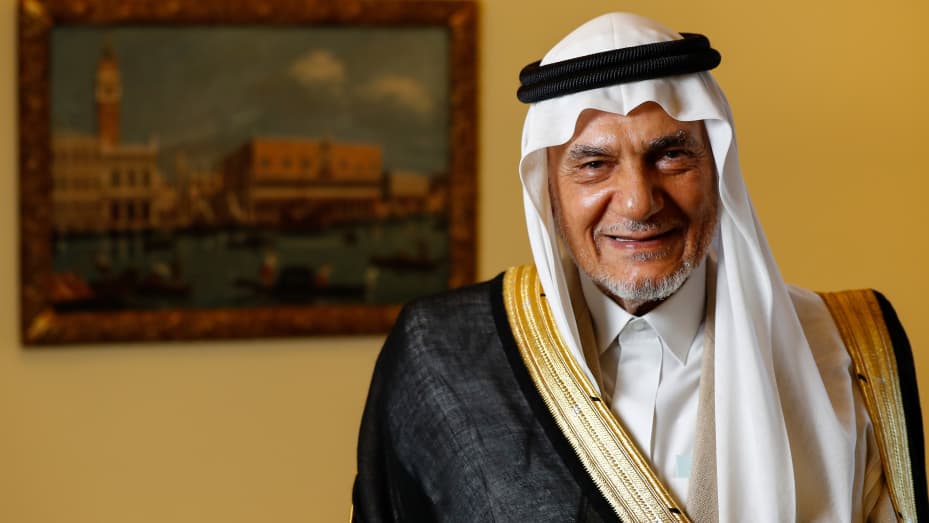 Biden during a Democratic primary debate in November 2019 vowed to take a position against Saudi Arabia if he was elected president. He said at the time that he would "make them in fact the pariah that they are." Now a little more than two and a half years later, the president is traveling to Saudi Arabia in an effort to convince the kingdom to increase its oil output as prices have surged in the United States and around the world.

The president has also expressed strong opposition to the Saudi Crown Prince Mohammed bin Salman, who is believed to have ordered the grisly murder of former Washington Post contributor Jamal Khashoggi in October 2018. Although Biden previously refused to speak with the crown prince directly, he is now scheduled to have a meeting with him on Friday.

"President Biden, in my view, he's coming as a much diminished president than when he was first elected," Prince Turki, who also previously served as the kingdom's ambassador to the U.S., told CNBC on Friday.

"As an example, on energy issues, he came in with a policy to stop completely fossil fuel usage not only in the United States, but worldwide, and now he is finding himself having to rely on fossil fuels as a means of meeting the energy shortage that has come about, not only because of the Ukraine war, but also because of U.S. policy itself that shut down pipelines and stopped issuing of, you know, discovery of oil on U.S. soil," he added.

Newsweek reached out to the White House for comment.

Saudi Princess Reema bint Bandar Al Saud, the kingdom's ambassador to the U.S., struck a more optimistic tone about Biden's visit in an opinion article published by Politico on Thursday.

"As my nation develops, so too, must the U.S.-Saudi partnership. And that is why the upcoming visit by President Joe Biden to Saudi Arabia is so pivotal. For our relationship to deliver peace and prosperity for both of our peoples and the wider world, we must redefine the contours of the next eight decades of this critical alliance," the Saudi diplomat wrote.

The princess went on to hail the changes and developments the kingdom has undergone over the past several decades. "Tomorrow, President Biden will see a storied land with a new, younger face. And we will share with him and the world Saudi Arabia's vision of progress and partnership," she added.