Breaking News
Home / In Depth / What is Turkey’s role in the Azerbaijan – Armenia conflict?

What is Turkey’s role in the Azerbaijan – Armenia conflict?

The frozen conflict between Azerbaijan and Armenia over the disputed region of Nagorno-Karabakh turned into a hot war. The Turkey-backed Azerbaijani army is attempting to capture the region, and even though it has the upper hand in terms of high-tech military kit, Armenia-sponsored Nagorno-Karabakh forces so far managed to repulse most of the Azeri attacks. How will the situation in the Caucasus develop?

By Nikola Mikovic
It is no secret that Turkey provided drones and weapons to Azerbaijan. There are reports that Ankara transferred its proxies from Syria and Libya to fight the war in Nagorno-Karabakh, also known as Artsakh. The region of Azerbaijan that has been under the control of ethnic Armenian forces backed by Yerevan since the conclusion of war. 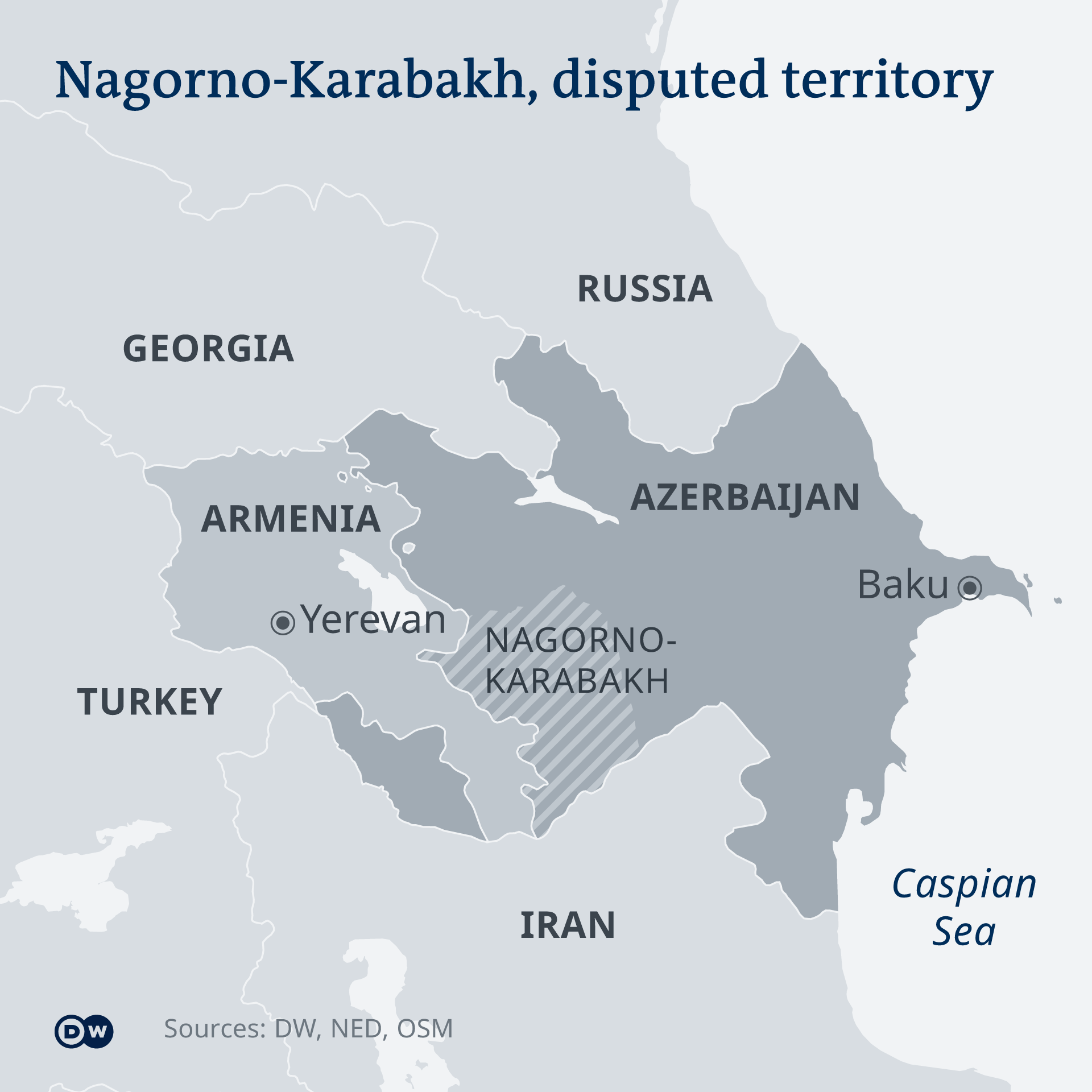 At this point, it is unlikely that Turkish military will directly intervene and help its Azeri allies in an attempt to capture the territory they consider occupied by Armenia. However, in case the Azerbaijani Army suffers heavily loses, and does not make any progress on the ground in the coming weeks, it is not improbable for Ankara to provide additional assistance to Baku. Turkey could recruit more fighters from Syria and Libya, and send its military advisors to the front line.

The Artskah forces, backed by Armenia, will keep trying to stop any Azeri penetration into their territory, although there are reports that the Azerbaijani Army managed to capture several villages and heights near the border between Nagorno-Karabakh, Azerbaijan and Iran.

It is worth noting that, according to Iranian reports, during heavy clashes several rockets landed in Iranian villages near the line-of-contact between Azerbaijan and Nagorno-Karabakh. Russia is reportedly providing weapons to its ally Armenia through the territory of Iran, although the Islamic Republic officials denied such claims. In any case, even though Armenia is a member of the Russia-led Collective Security Treaty Organisation (CSTO), it is very unlikely that Moscow will directly side with Yerevan.

It is worth remembering that, in the past, the Kremlin mediated ceasefire talks between the two warring parties, as it is interested in maintaining the status quo. That is why Russia is not expected to intervene in this conflict, unless its ally Armenia is directly attacked either by Azerbaijan or by Turkey.

So far, the Azeri forces are attacking the self-proclaimed Republic of Artskah, rather than Armenia itself, although there are reports of sporadic shelling of the Armenian territory. Still, at this point all options are on the table, although if Baku does not manage to capture significant parts of Nagorno-Karabakh in the next few weeks, Azerbaijani leadership is expected to try to ease tensions.

On the other hand, according to Armenian Prime Minister Nikol Pashinyan, Yerevan is braced for a long war in Nagorno-Karabakh. The very fact that both countries declared martial law and general mobilization suggest that the conflict in the Caucasus will not end any time soon.

Azerbaijan is reportedly refusing entry for all foreign journalists, but not for Turkish reporters. Currently in Azerbaijan almost all social media are blocked. Only Twitter remains open apparently because the authorities are using trolls to spread propaganda against Yerevan.

Armenian trolls are very active as well, and both sides are exaggerating the enemy’s losses, which is a standard practice in every conflict, as the first casualty of the war is truth. In spite of that, both armies are reportedly suffering heavily losses, and due to the mountainous terrain any land grab is very difficult.

The territory itself is not energy rich, although it has certain reserves of coal and gold. However, two significant pipelines, that carry natural gas and oil from the Caspian Sea to Turkey, are located not far from Nagorno-Karabakh. That is why Russia and Turkey – the main foreign powers involved in this proxy war – will unlikely let the conflict escalate and spill over borders of Artsakh. In spite of harsh rhetoric from the Turkish side, Ankara could eventually agree to ease tensions, especially if the Azeri forces do not make any progress on the ground.

Finally, it is believed that roots of the problem lie in Soviet leader Joseph Stalin’s 1923 decision to place the majority Armenian region of Nagorno-Karabakh in the Azerbaijan Soviet Socialist Republic. It remains to be seen if, one hundred years later, Russian President Vladimir Putin and his Turkish counterpart Recep Tayyip Erdogan will manage to end this dispute once and for all.